In 2020, the Museu da Casa Brasileira (MCB) hosts the Capim Santo restaurant – previously known as ‘Santinho’ – under the direction of Bahian chef Morena Leite. With a proposal of welcoming, sustainability, typical Brazilian cuisine and healthy food, the kitchen attached to the MCB mansion presents a menu full of comfort foods.

Open only for lunch, the restaurant innovates in service. The menu that was already successful in the delivery service, is now also available for the option ‘assemble your plate’ – an initiative that refers to the traditional buffet – in addition to a new and pioneering form of service that aims to promote a ‘rotation of accompaniments’, where waiters circulate the environment offering various garnishes.

On the menu, classic recipes also continue, such as the famous tapioca ravioli with Serra da Canastra cheese filling and herb sauce; the vegan moqueca; the sole stuffed with pupunha and banana puree and many other possibilities.

The architectural design of the annex is signed by Miguel Pinto Guimarães and dialogues with the brand’s gastronomic proposal: Brazilianness and warmth. For this moment of the new Capim Santo in the MCB, the consultant Carla Oldemburg signs the landscaping of the environment, which has pieces by Brazilian designers and very green. The lighting of the place is a work of Maneco Quinderé, while the furniture of certified and sustainable wood is a partnership with the French brand L’Oiel.

In addition to the internal space, the restaurant also has an external deck overlooking the entire MCB garden. This project brings to the environment a bamboo covering, thermal material that helps to keep the internal temperature always pleasant, and reinforces the brand’s sustainability initiative.

Saturdays, Sundays and holidays, from 12am to 5pm. 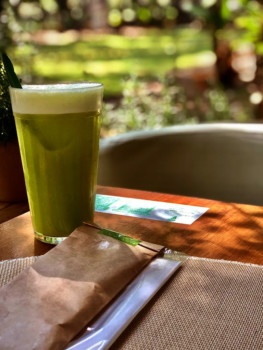 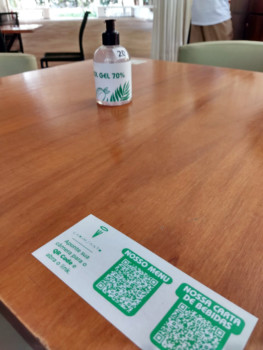 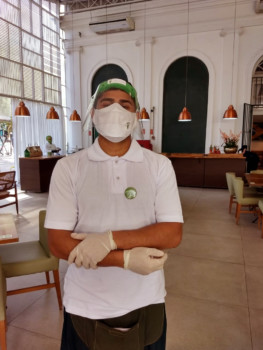 *Due to the pandemic of the COVID-19 virus, Capim Santo is operating under the following recommended security protocols:

– Temperature measurement control of all customers and teams;

– Spacing of 2 (two) meters between tables;

– Strategic distribution of 70% alcohol gel to customers and employees;

– Duly oriented teams on personal hygiene procedures, hygiene of the work environment and general care to ensure the safety of all;

– Employees properly oriented on the use of PPE.

– Daily monitoring of the health status of all teams; among other measures.

Have lunch in Capim Santo, but remember that the Museu da Casa Brasileira (MCB) remains closed to the public, with no date for reopening.