VIRTUAL CONVERSATION WHEEL WITH JAZZMIN'S BIG BAND “HOW IS A BIG BAND FORMED?” 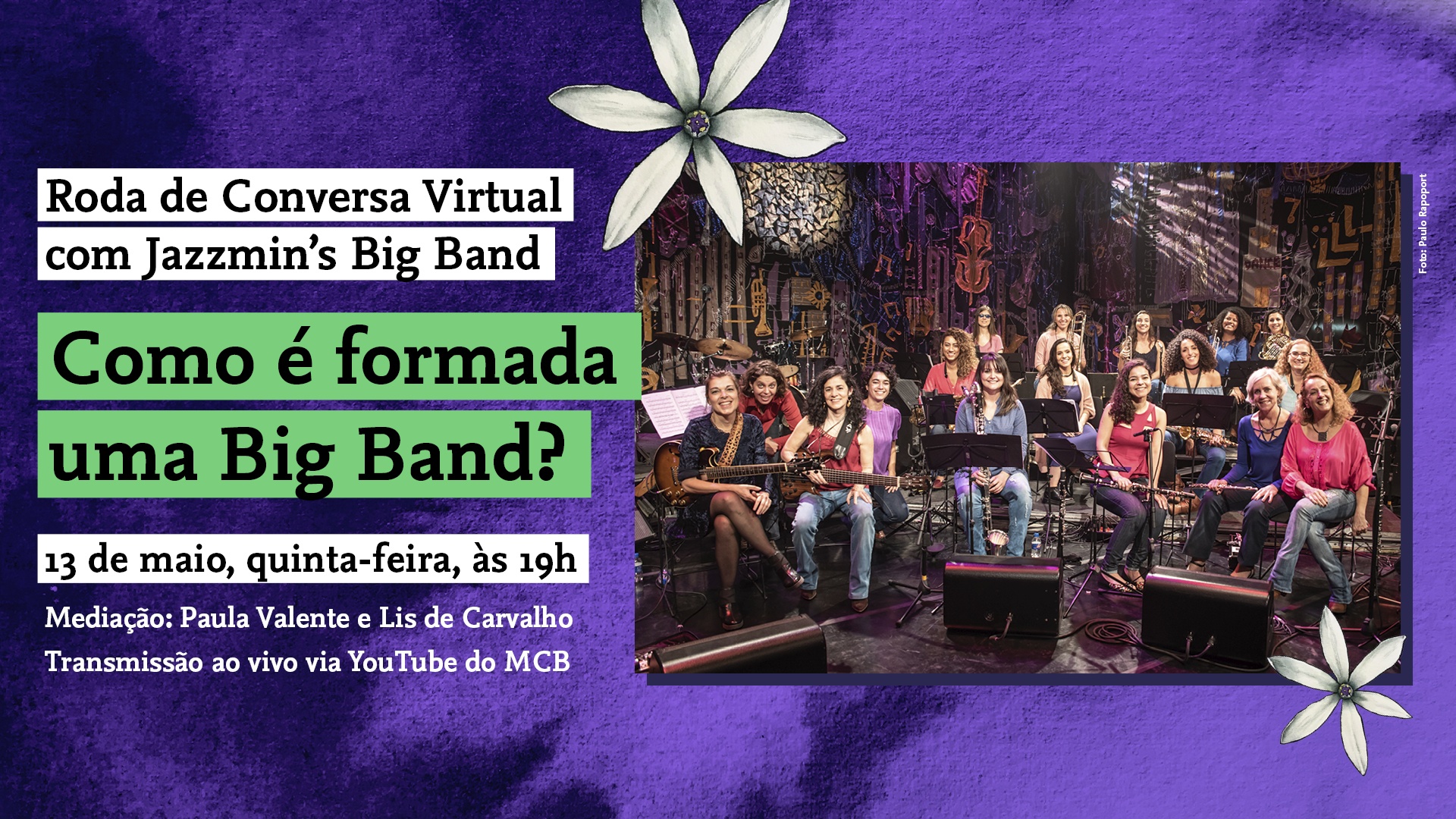 In the month that Mother’s Day is celebrated, the exclusively feminine group Jazzmin’s Big Band joins the Museu da Casa Brasileira to hold a debate on the theme “How is a Big Band formed?”.

In this free online meeting that takes place on May 13 (Thursday) on MCB’s YouTube, at 7 pm, talented women who make up the group and represent a great influence on the Brazilian instrumental music scene talk about the process of forming Big Bands .

About Jazzmin’s Big Band
The band debuted in 2017 at the 7th edition of the Jazz Festival at the SESC Pompeia Factory and, since then, they have been performing in important spaces such as: Museu da Casa Brasileira, Tupi or Not Tupi, Jazz in the Back, JazzB, 21st Music Festival of Itajaí and SESC Instrumental, where he recorded the presentation “live” and the program “soundtrack”, both available on Youtube and the SESC channel.

In 2018, she was the winner of the Professional Music Prize in the “Orchestras” category and in March 2019 she opened the “TUCCA International Concerts” series with Israeli clarinetist Anat Cohen;

ProAc Edital SP winners – CD recording and circulation, in October 2020 they were invited to participate in the 2nd Rio Montreux Jazz Festival. And in May 2021, they released their first CD, “How I see you”.