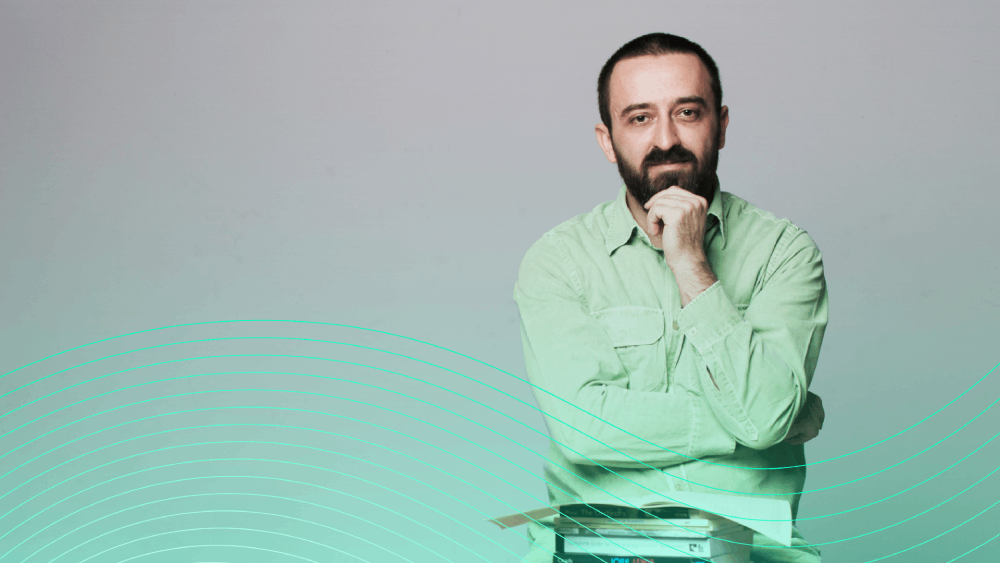 The new playlist features the work of arrangers who were key players in the construction of Brazilian music.

The guest for the 5th edition of the “Curadoria MCB” playlist is the musician, composer, researcher and arranger Paulo Serau. The list organized by Serau is dedicated to Brazilian music arrangers.

A self-taught musician, Paulo Serau established a large part of musical learning from his attentive listening. With the art of arrangement it was no different. He dedicated himself to researching Brazilian popular music arrangers and identifying each of their qualities and characteristics to mature in their craft. For this curatorship specially made for the MCB, Serau selected the work of arrangers who were fundamental pieces for the construction of Brazilian music. This playlist features arrangements by Pixinguinha, Radamés Gnattali, Leo Peracchi, Tom Jobim, Carlos Monteiro de Souza, J. T. Meirelles, Moacir Santos Julio Medaglia, Rogério Duprat, Eumir Deodato, Cesar Camargo Mariano, Laércio de Freitas, Geraldo Vespar, Nelsinho, Dori Caymmi, Lincoln Olivetti, Jota Moraes and Cristóvão Bastos – great aesthetic reference in the study of Paulo Serau. Finally, the musician includes two songs that were arranged by him.

The musician also conducts research on the musical field, namely: “The role of arrangement in Brazilian music – História, Escuta e Debate” (Sesc São Paulo, 2021) and “Pixinguinha and Radamés at 78 rpm: listening to 78 rpm records” , aesthetic analysis and transcription of arrangements by Pixinguinha and Radamés Gnattali (Center for Research and Training of Sesc São Paulo, 2019).

We listened to the “Pai de todos” – the great Pixinguinha with one of his masterpieces, “Lamentos”, in addition to the arrangement of “Agora é cinza”, with beautiful writing for woodwinds and a great intermezzo, a trademark in his arrangements;

Another pillar of Brazilian musical writing, Radamés Gnattali. We have the waltz “Lábios que Beijei” perhaps his first great popular arrangement; and the revolutionary writing for the samba-exaltation “Aquarela do Brasil”, which introduced characteristic rhythmic elements to the orchestra’s winds and brought a Brazilian musical aesthetic sophistication;

Leo Peracchi’s exquisite work for a masterpiece by Caymmi. We hear within this suite impressionist elements in popular music, soundtrack elements, soundscapes and much more;

Two moments by Tom Jobim. In “Canção da Volta” his writing was still imbued with the standard aesthetic of samba-canção. In “Chega de Saudade” we already have an aesthetic evolution and another musical understanding to create minimalist accompaniments that made the perfect bed for João Gilberto’s revolutionary interpretation;

In “Você Passa eu Acho Graça” a grand orchestration that mixed elements of traditional samba and samba-canção with brass and strings;

J. T. Meirelles presents in this iconic arrangement of “Mas, que Nada!”. The characteristic sound of Samba-jazz, a sub-genre for which he was an excellent exponent;

This version of “Insensatez” shows the exquisite work of Moacir Santos, a writing rich in details and timbres to embrace the modern interpretation of Sylvia Telles. In “Fica mal com Deus”, Moacir shows the mastery of regional aesthetics added to the orchestral work, it is possible to hear timbres that he used in the renowned album Coisas, such as the use of French horns, piccolo and muted trumpet;

Julio Medaglia is responsible for the arrangement of “Tropicália”. The track begins with an improvised happening by drummer Dirceu, at the same time Julio asks the musicians to create tropical and forest sounds. It is also possible to notice elements of Brazilian classical avant-garde music added to the language of baião in the chorus;

In “Domingo no Parque” Rogério Duprat was responsible for sound collages and a musical desbundance also coming from the erudite avant-garde together with elements of popular culture as a late unfolding of the anthropophagic thought of Brazilian modernism. In “Construção”, Duprat raises the sinuous discourse of Chico Buarque’s lyrics to the nth degree, making it no longer possible to hear the song detaching it from the orchestra’s outstanding phrases and virtuoso interventions in this arrangement;

Eumir Deodato presents an arrangement of “Garota de Ipanema” with variations on the theme, with a strong influence from jazz and the contemporaneity that surrounded him, having a result so exquisite that Tom Jobim embraced it as a definitive version, even in orchestral reductions. In “Vera Cruz”, Eumir’s work, always ahead of its time, embraces the new sound coming from Minas Gerais composers, with poetic textures and phrasing;

Cesar Camargo Mariano was one of the exponents of Samba-jazz, worked with numerous artists and consolidated himself as a great arranger with his work alongside Elis Regina. In “Sá Marina” his piano is the center of a swing that was hardly heard in Brazil at that time, in this song I highlight the characteristic work of choir and strings with a Soul aura. The arrangement of “Águas de Março” is one of his gems for the renowned album Elis & Tom, modernizing the work of Tom Jobim who was initially apprehensive;

Laércio de Freitas, another excellent Brazilian pianist and composer, presented us with this pearl that is the arrangement of “A Rã”. Another masterpiece of his writing is the definitive arrangement he wrote for “Aquarela Brasileira” recorded by Elza Soares in the 1970s;

Geraldo Vespar, a musician who initially stands out with Bossa-nova and later stands out in musical writing alongside great samba artists, such as João Nogueira, Clara Nunes, among others. We heard two consolidated arrangements “Batendo a Porta” and “Morena de Angola”;

We listened to two works by Dori Caymmi, the first in “O trenzinho do Caipira”, quoting original excerpts by Heitor Villa-Lobos, recreating harmonies and, at the same time, with an incomparable popular flavor; the second arrangement is a masterpiece written for double bass and cellos for Monica Salmaso’s perfect interpretation of “Procissão da Patroeira”;

Lincoln Olivetti is known as the pop wizard, the greatest arranger of the 1980s in Brazil. He created beautiful arrangements with unmistakable organic and electronic textures and timbres for countless artists of all Brazilian musical genres, as we can hear in “Meu bem, meu mal” and “Lança perfume”;

Jota Moraes, an expert vibraphonist, was another arranger who masterfully mastered the electronic resources of the studio in the 1980s, a prime example of this can be the arrangement of “Lindo lago do amor”. As proof that in music there can be no barriers, he also wrote the excellent arrangement of “Beija-me”, based on the sound of North American big bands and our great Orquestra Tabajara;

Cristóvão Bastos is one of the most coherent, self-possessed and elegant arrangers of our music from the 1970s to today. Everything Cristóvão writes has a motive, a feeling, a color. Cristóvão has a deep knowledge of popular music and has contributed with his writing to numerous hits, such as “Papel Marchê”, “Samba do Grande Amor”, “Resposta ao Tempo” and “Ame”;