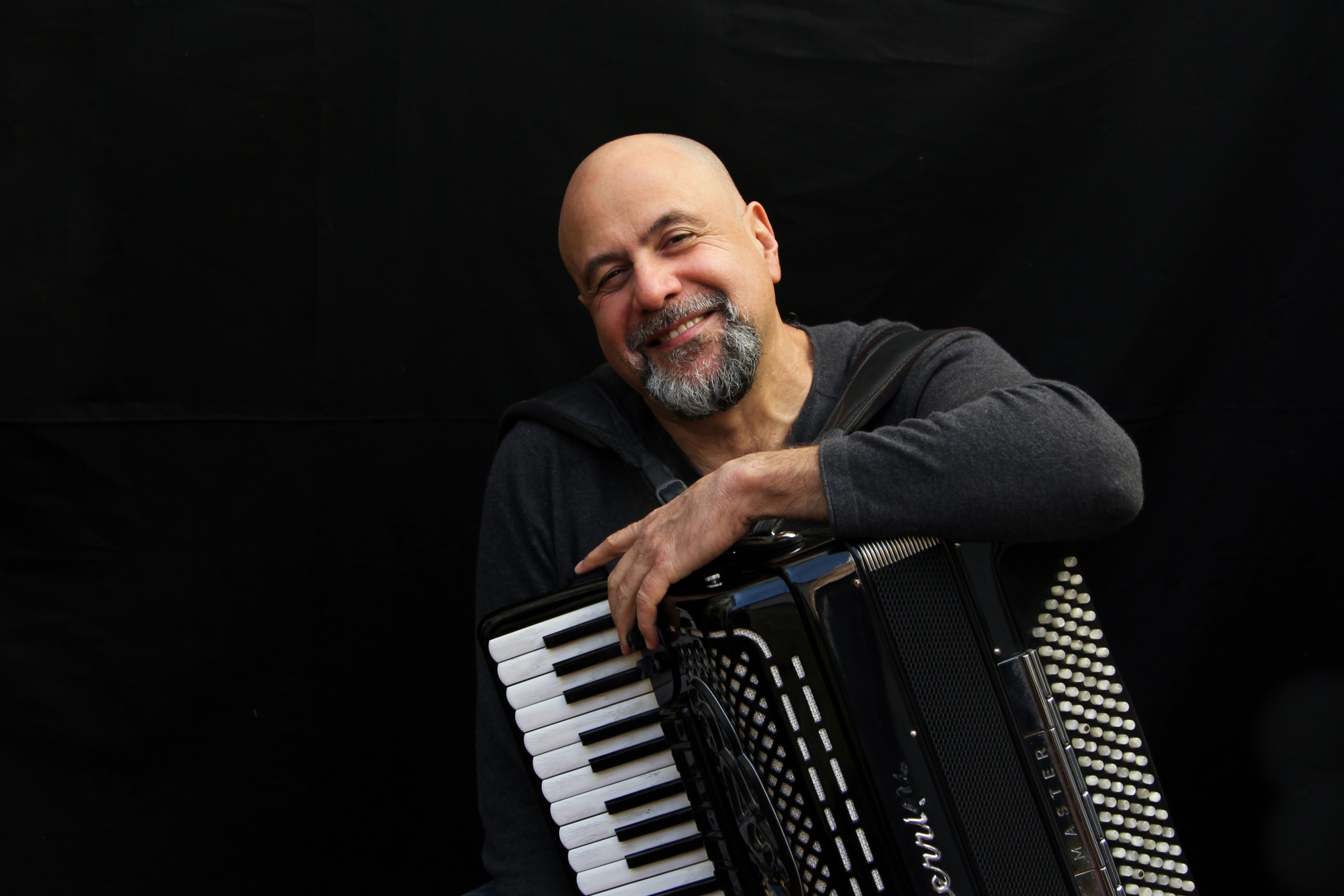 Son of the saxophonist and composer from São Paulo, Pedro Ferragutti, Toninho followed in his father’s footsteps on the path of music. Encouraged by his family, Toninho Ferragutti grew up to be one of the most inventive and talented accordionists in Brazil.

“Toninho Ferragutti brings in his accordion the synthesis of all the great Brazilian accordionists and, at the same time, he is a singular instrumentalist, with his own and unique personality and sound, which practically reinvent the instrument”

Toninho started early to dedicate himself to the accordion. It was in Socorro (SP), where he started his first musical studies, later complemented by choro circles, dance groups, gaucho music and gafieiras.

The composer and arranger also visited the Gomes Cardin Conservatory, in Campinas (SP), but it was only in 1983 – after leaving the veterinary medicine course at UNESP in Botucatu and moving to São Paulo (SP) – that he found himself completely immersed in the music universe. In the capital, he began his career and became a professional musician. And since then, he hasn’t stopped playing.

Over the years, he participated in television programs, recordings by major international artists and MPB such as: Gilberto Gil, Zé Ramalho, Elba Ramalho and Maria Bethania. He has also produced numerous soundtracks for cinema and soap operas and has received two Latin Grammy nominations in recent years.

Toninho is a tireless artist. He participated as a soloist in several orchestras such as Maria Schneider Orchestra (USA), São Paulo Symphonic Jazz Orchestras, São Paulo State Symphony Orchestra, ECA / USP Chamber Orchestra (OCAM), among others, and has been performing shows of his own. more recent solo and partnership work.

Below, you can see more achievements by the great Brazilian accordionist Toninho Ferragutti:

To follow the work of Toninho Ferragutti, keep an eye on the artist’s social networks: