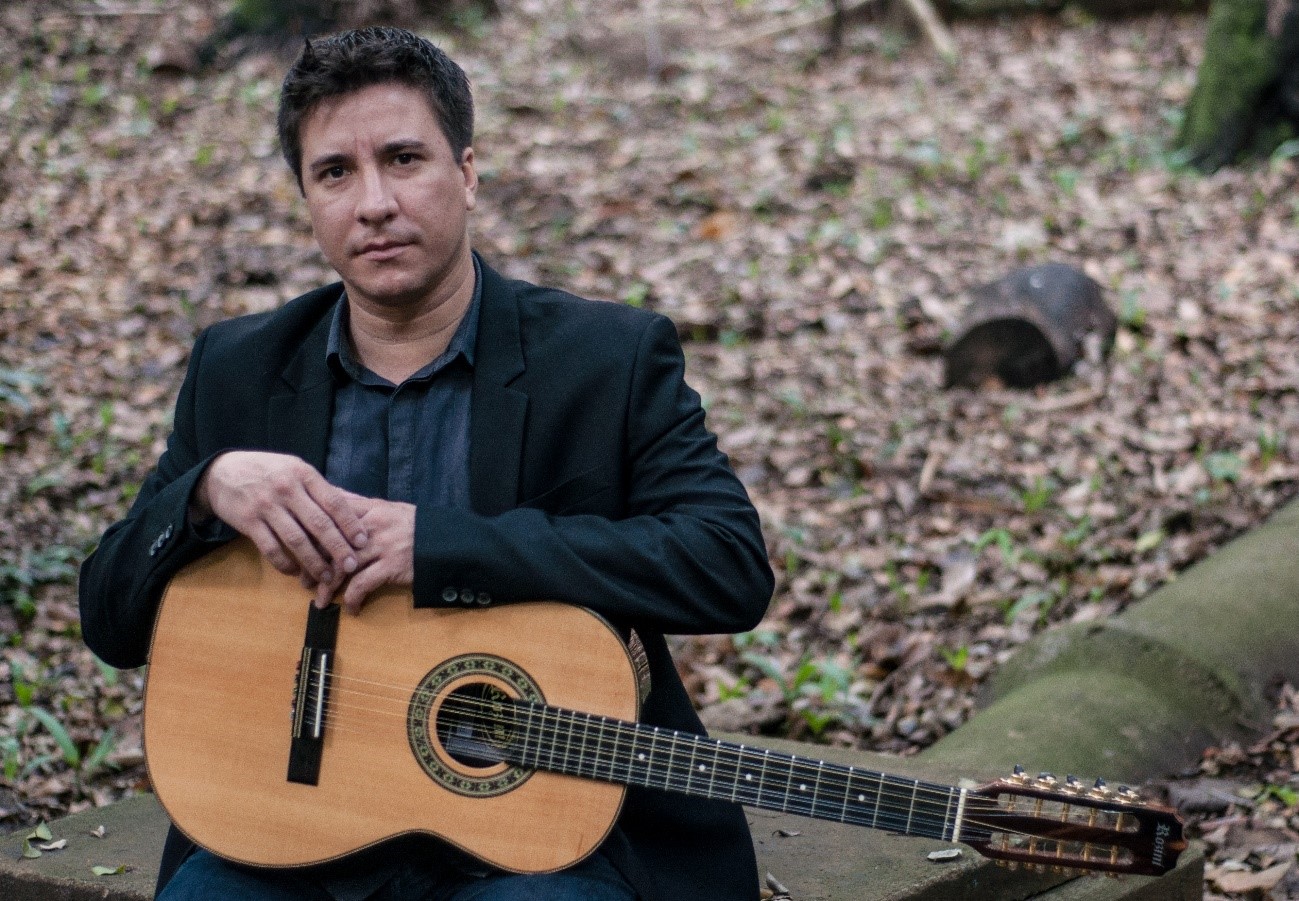 Neymar Dias is one of the great Brazilian multi-instrumentalists who carry a unique and unusual history. Paulistano and son of a country music composer, Neymar carries in his memories from early childhood an affective history with music and its vastness of styles.

Throughout his career, he has integrated respected orchestras such as OSUSP and Experimental de Repertório and has developed excellent projects as a bass player, composer and arranger in both classical music and Brazilian popular music (MPB) together with names such as: Inezita Barroso Nelson Aires, Tinoco , Monica Salmaso, Ivan Lins, Theo de Barros, Nana Vasconcellos, André Mehmari, Toninho Ferragutti, among others.

In recent years, Neymar has achieved numerous achievements that have enriched the Brazilian music scene and his own career. In 2005, he received the revelation award for the “Syngenta Prize for Instrumental Music by Viola Caipira”, with his own composition. In 2008, he traveled as a double bass player for the renowned saxophonist Branford Marsalis for an extensive tour in the United States, with the show “Brasilianos”.

In 2009, Neymar released his first CD, ‘Capim’, by the record company CPCUMES with works and copyright arrangements. Shortly after, in 2010, he released the CD ‘Intervalo’ with his string quartet. The album was marked by authorial works that allowed the musician to act as: composer, bassist, guitar player and arranger.

He released his CD ‘Caminho de Casa’ in 2012 and played several instruments for this achievement as a way of paying tribute to country music and its influences. In 2013, he launched a new CD in partnership with Toninho Ferragutti in which he sought to rescue classics of Brazilian root music through a chamber sound. This duo work resulted in the nomination of the two artists to the Latin Grammy of 2014 competing in the category of best root music album (Festa na Roça).

From 2011 to 2013, Neymar joined Ivan Lins’ band as a guitarist and guitarist. In 2015, he released a chamber album called ‘Come Together!’, Which was entirely dedicated to the Beatles ’work and developed alongside bassist Igor Pimenta. In the same year, the musician started a national tour with Monica Salmaso.

In 2016, the multi-instrumentalist arranged and produced a new project with Ivan Lins and Rafael Altério and in 2017 he released his new solo CD ‘Neymar Dias Feels Bach’, with readings from the works of J. S. Bach translated to the viola caipira. Recently, Neymar Dias also released another authorial CD entitled ‘My Instrumental Songs’, which can be accessed in full by Spotify.