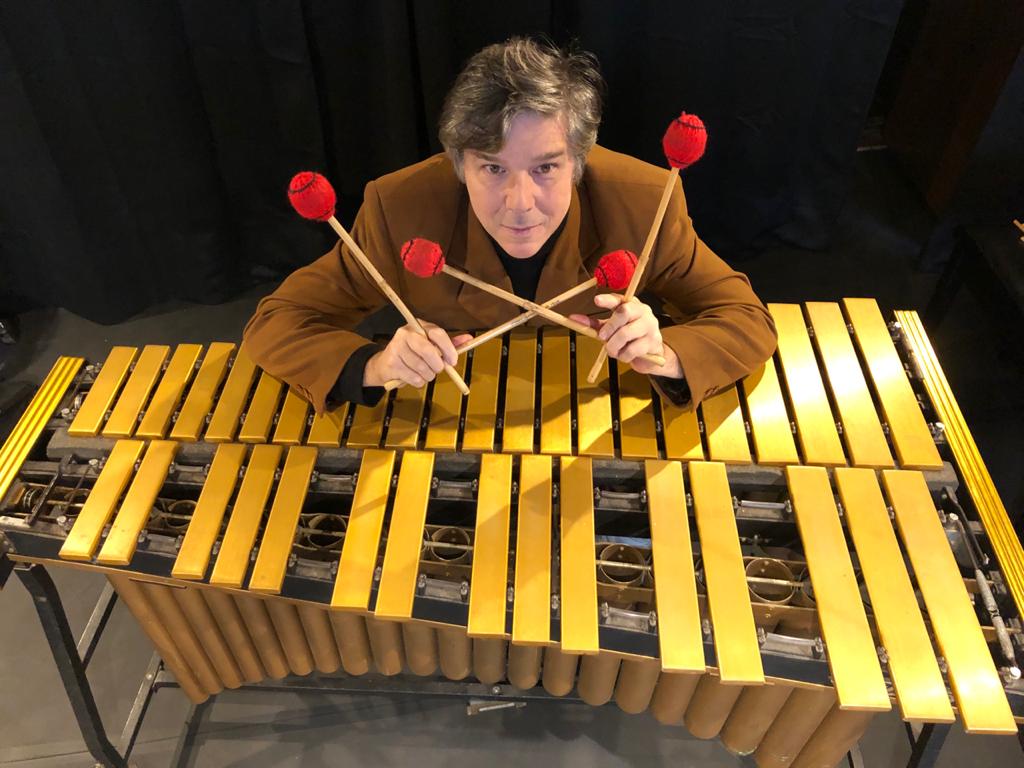 Throughout his life, “Guga” studied with masters Nelson Aires (harmony), Edgar Poças (harmony) and John Boudler (percussion), acquiring important knowledge for the trajectory he would build in Brazilian music.

He started his musical career at the age of 23 with the founding of Grupo Sossega Leão, shortly after finishing his studies as a fellow at the Campos do Jordão Winter Festival, having studied Jazz, Improvisation and Band Practice.

In the late 1980s, he made history by founding Nouvelle Cuisine – a jazz quintet recognized and awarded as one of the main musical novelties of the time – and Big Band HeartBreakers (HB), an orchestra in which he still plays in musicals, concerts and discs.

During the 1990s, she worked on several fronts promoting culture. He opened the Blen Blen Club nightclub, making the place an important reference for alternative music in São Paulo. Then, she embarked on the paths of Music Production and returned to the Campos do Jordão Winter Festival; this time, directing popular programming as a curator of IBM’s Novo Canto Project. At the time, he also served as musical director of special events on the MTV channel, having been responsible for producing, rehearsing and playing with big names such as: Rita Lee, Caetano Veloso, Gilberto Gil and Tom Zé at the 1999 VMB Tropicalistas Reunion.

Due to his versatility and passion for theater and contemporary dance – in the same decade – he worked in the scriptwriting, production and musical direction of the musical Baile Estelar.

The music in this excerpt is a rearrangement by Dino Barioni for Choro nº7 by Villa Lobos.

The new millennium brought new airs to the career of Guga Stroeter. In the early 2000s, he founded and chaired the non-profit organization Sambatá, providing an intense cultural exchange between Brazil and Cuba. The efforts applied to this initiative resulted in the album “Agô – Cantos Sagrados de Brasil e Cuba”.

Among the most recent achievements of the musician are also: the partnership with the Cuban singer Liena Centeno, in addition to his performances as a writer and writer in the magazines Bravo, IstoÉ Gente, in the newspaper Folha de S. Paulo and the launch of his books Monstros Peludos (Nova Fronteira publisher), Neguinho (Ateliê publisher) and the poster Um Árvore da Música Brasileira (Editora Sesc).