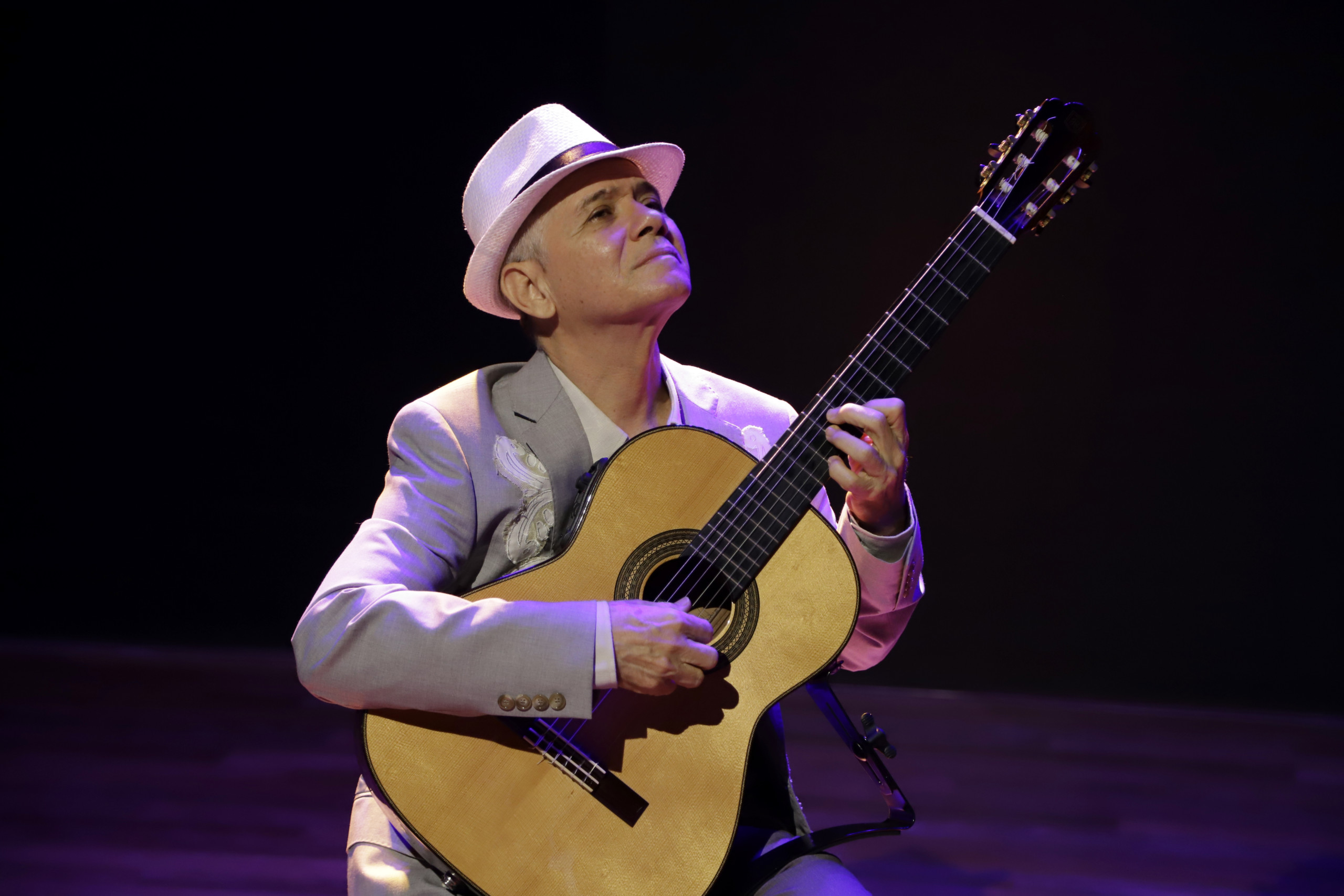 Artist from Pernambuco, Antônio Nóbrega (1952) began his history in music in the early 60s, when – at the age of eight – he began to study piano. It didn’t take long for him to start playing in large groups and, between the ages of 16 and 18, he was already participating in the Chamber Orchestra of Paraíba and the Recife Symphonic Orchestra.

At the age of 19, he joined the Armorial Quintet at the invitation of Ariano Suassuna and, since then, he immersed himself in the universe of popular culture and began creating theater, dance and music performances referenced in it. Among his famous shows are: “ Figural” (1990), “Brincante” (1992), “Na Pancada do Ganzá” (1995), “Madeira Que Cupim Não Rói” (1997), “Pernambuco Falando para o Mundo” ( 1998), “O Marco do Meio Dia” (2000), “Nove de Frevereiro” (2006/2007), “Semba” (2016) and many others, which have been presenting aspects of Brazilian culture to Brazil and to the world – above all northeastern – through novels steeped in musical touches, picaresque narratives and traditional songs. “Rima” is the title of his most recent show, released in 2019. Antônio also recorded 16 CDs and three DVDs, including themes from his works on stage.

In November 1992, Nóbrega founded Instituto Brincante (SP) together with Rosane Almeida, actress, dancer and his wife. Throughout his career, he received several awards such as Shell de Teatro, Tim de Música, APCA, Mambembe, Conrado Wessel, Governor of the State of São Paulo and the Comenda do Mérito Cultural, with which he was awarded twice.

He was honored at the Recife Carnival in 2014, along with the frevo, an intangible heritage of humanity. In the same year, filmmaker Walter Carvalho directed the feature film “Brincante”, dedicated to his artistic trajectory. In 2015, the feature won the Best Film of the Year Award in the documentary category by the Academia Brasileira de Cinema. Thus, the artist received – in the same period – the title of Citizen São Paulo by Catraca Livre.

In recent years, Antônio Nóbrega has reconciled his artistic activities with that of lecturer and teacher.

Brincante – The Movie. – by Walter Carvalho