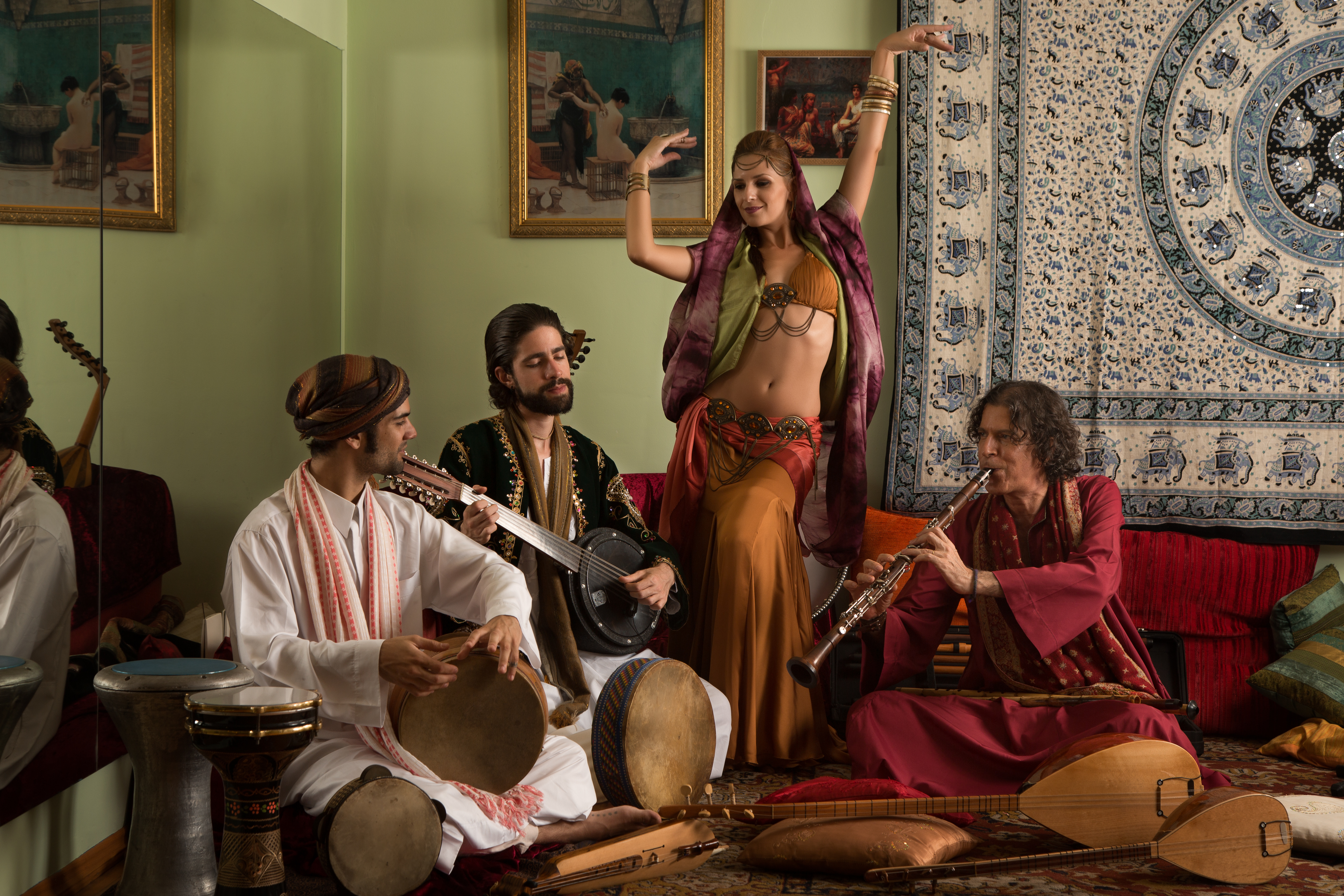 The Zikir trio show, called the Silk Road, is a musical journey through songs and melodies that travel through various parts of the Orient using traditional instruments that create a unique musical texture and rich in timbres, rhythms and melodies. Formed by researchers and scholars of Eastern music (Mario Aphonso III, Ian Nain and Francisco Mehmet), Zikir creates propose a new and different approach to ethnic music, seeking a path through the multicultural route that crosses the East and the West, from ancient times Rooted in musical exchanges between the peoples of the Eastern world. In addition to the trio’s research, the dancer Bruna Milani develops an expressive, authentic and peculiar work in this relationship between dance and music.