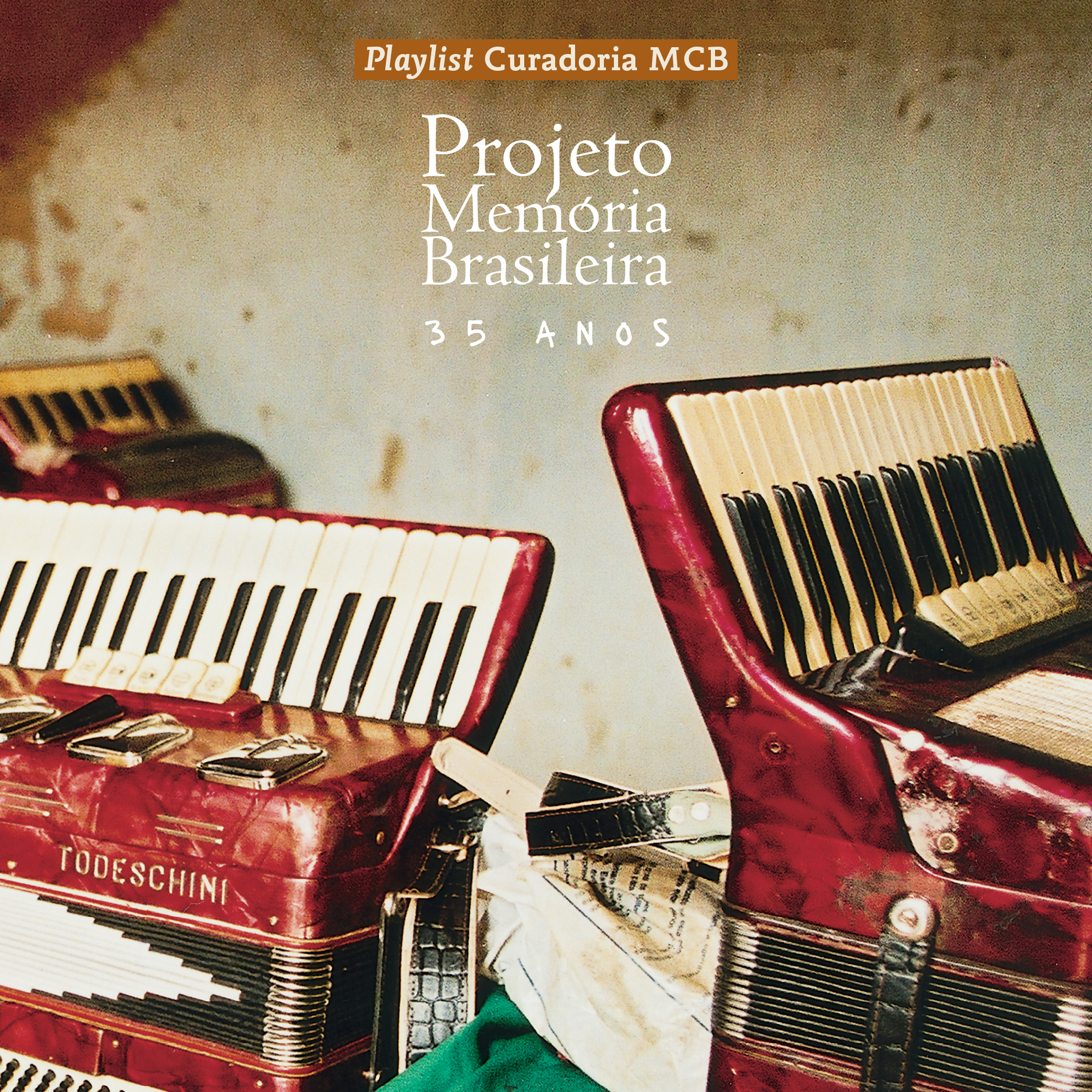 Conheça a nova playlist disponível no Spotify do MCB.

The fourth edition of the “MCB Curatorship” Playlist is dedicated to 35 years of the Brazilian Memory Project and was organized by Myriam Taubkin, curator and musical director of the project.

The project aims to map national musicality through unprecedented shows with renowned artists and newcomers, as well as recordings and concert series dedicated to instruments and sound segments. Click here and listen now, and also read below the text written by the curator about the project’s history.

2022 is the year of celebration of the 35 years of Brazilian Memory Project, an achievement that debuted in 1987 with the first cycle of shows: Memories of the Brazilian piano, at the Museum of Image and Sound, in São Paulo, with the participation of 11 pianists .

The original intent of the Project was born: to draw a deep portrait of an instrument or segment of music, through the hands, talent and Brazilianness of its interpreters. And live recording each of the creations, to contribute to our musical memory in the future.

Directed by Myriam Taubkin and Gabriel Fontes Paiva, the Brazilian Memory Project also puts on special shows, either honoring Brazilian music icons such as Villa Lobos, Pixinguinha, Tom Jobim, Luiz Gonzaga or Garoto; or creating different musical combinations in different spaces. Conexão Brasil – Cuba was one of these original shows, at Teatro Alfa, and Toda Quinta, which features artists from various musical fields and will take place at Teatro Vivo, always on Thursdays, from November 2021.

Still in 2021, due to the pandemic, we presented the series Violeiros do Brasil Festival Online, seven virtual presentations with the participation of 14 artists, including masters and young instrumentalists, also available on the YouTube channel.

During this period, more than 500 artists participated in the Brazilian Memory Project, on stages in Brazil or abroad.

Live recordings generated books, documentaries, programs produced by TV Cultura and TV SESC; new compositions and scores were created especially for the series of shows and dozens of videos are available on digital platforms.

The Brazilian Memory Project has accumulated a considerable amount during these years of achievements, becoming a reference and research for musicians, professionals in the field, students and those interested in learning about different approaches to musicians in Brazil.

The playlist suggested by the Museu da Casa Brasileira, a partner of the PMB, features some songs by artists who performed in the Project’s shows during these 35 years. Several of them are part of the project’s own series albums, released by the Núcleo Contemporâneo label and that can be found on Spotify. Others are from albums by artists who were part of the Project’s cast. The result presents a portrait of our great music artists in Brazil, including singers, composers, instrumentalists, from rap to violin, from different generations.