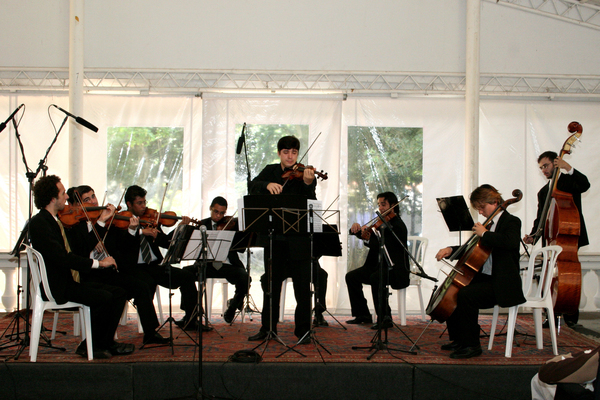 The guitarist Paulo Paschoal joins the Camerata Darcos, created by him in 2004, in a concert with works known all over the world as Four Seasons of Vivaldi and Toccatta and Escape of Bach. In the presentations the musician interacts with the public presenting information about the composers and instruments, which makes the instrumental music attractive attracting the attention of the audience.