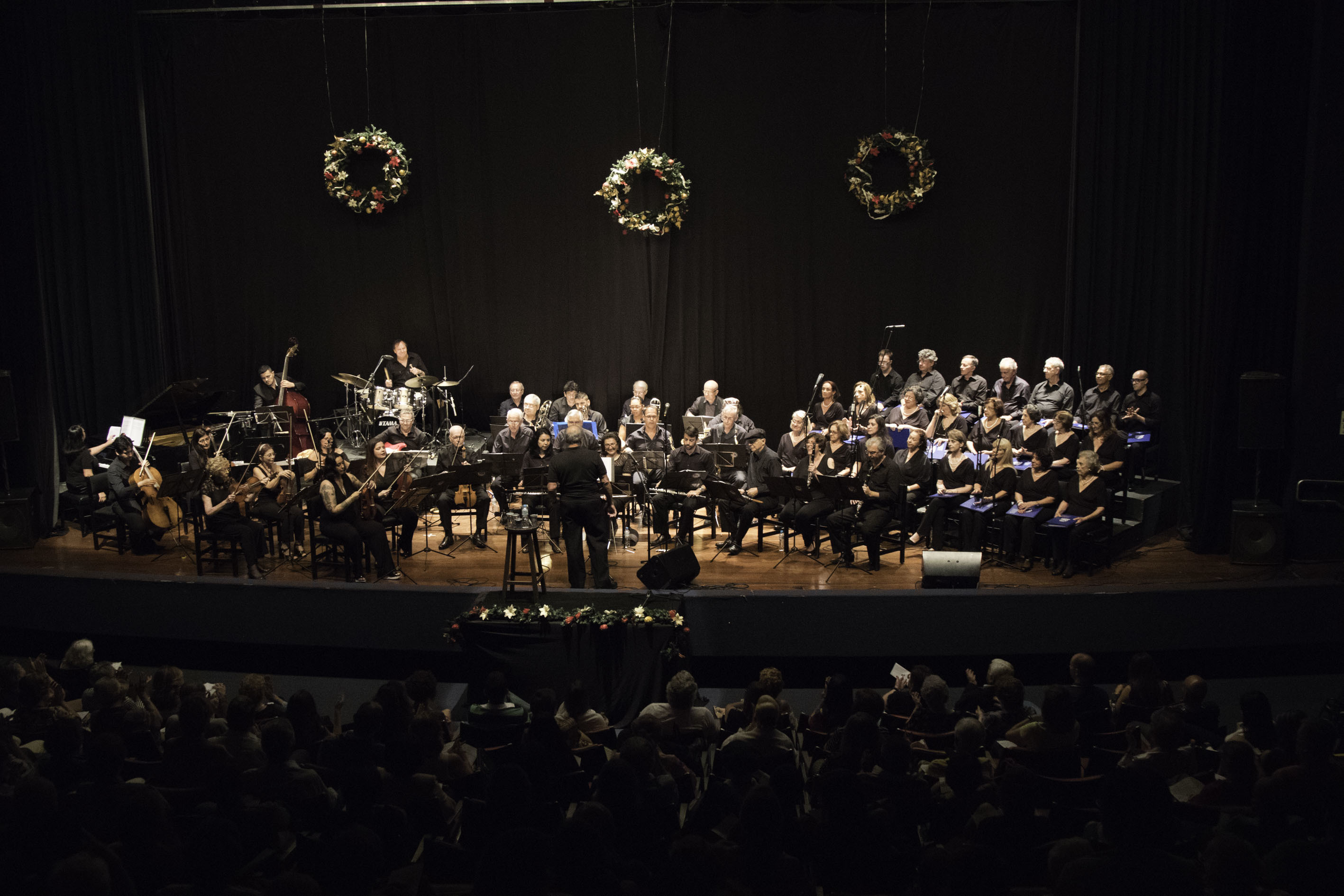 The Museu da Casa Brasileira, an institution of the State Culture Secretariat, managed by the Civil Society through the House of Arts and Artifacts of Brazil, presents on December 9, Sunday, at 11am, the concert “Christmas Time” with the Orquestra Pinheiros and the Coral do Esporte Clube Pinheiros.

With the intention of celebrating the end of the year and closing the 19th season of the project Music at MCB, the orchestra will perform a repertoire in homage to happiness, having as its main theme the composition “Ode à Alegria” (Ludwig van Beethoven – 9th Symphony). The script, the direction and the direction are of Murilo Alvarenga. Other songs like “Noite Feliz (Sereno)” by Luiz Inácio and “Feliz Natal”, by Alvarenga & Ranchinho, are part of the repertoire of the presentation.

On this day, the museum terrace will receive 65 people, divided between 33 musicians in the orchestra and pianist, 27 singers in the choir, vocal coach and the maestro. The show will also feature the special participation of singers Ana Taglianetti, Catarina Mar and Rita Valente.

In 2018, Music at MCB had 26 performances, attracting an audience of more than 20 thousand people and bringing to the stage great names of the musical medium, such as Xaxado Novo, Mawaca, Paulo Serau, Carlinhos Antunes, among others. To check who touched the Museum on Sundays, visit: http://bit.ly/Música2018. The 20th season of the project will begin in February 2019 with Kolombolo and Pifanos Block of São Paulo.