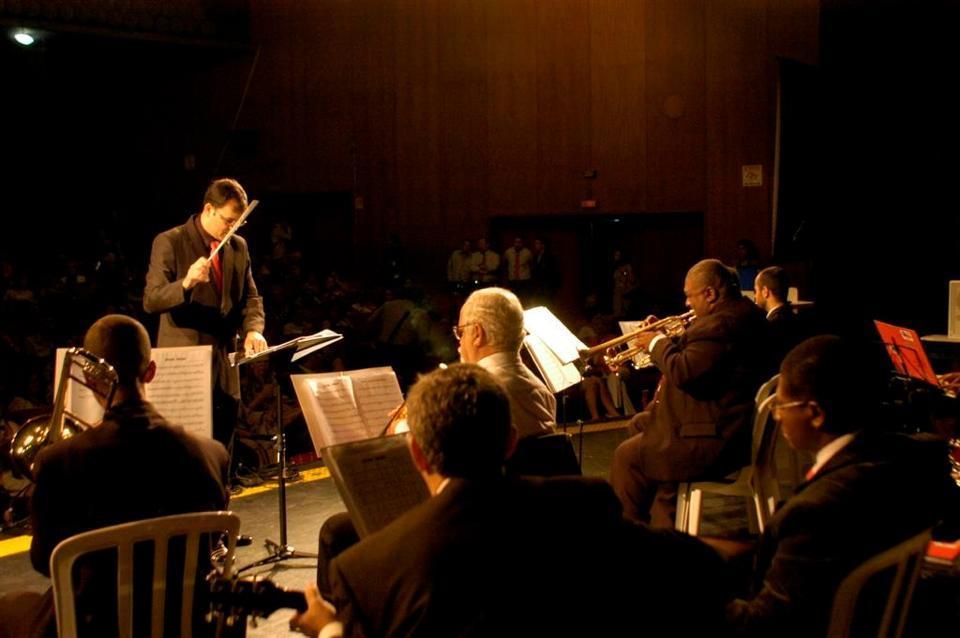 Conducted by Maestro Antunes, the OABAND – Big Band of OAB-SP, formed by musicians’ lawyers, will perform at the Museu da Casa Brasileira, institution of the State Culture Secretariat, managed by Civil Society through the A Casa Museu de Artes e Artefatos Brazilians, on July 29, Sunday, at 11am, with free admission.

With a repertoire that includes songs by ABBA, Jorge Ben Jor and Tim Maia, OABAND contrasts with the profile of advocacy. The front of the group since 2009 is the regency of José Antunes da Silva Filho, graduated in Composition and Regency and musician by the Immaculate Conception Musical Corporation. Antunes also works as a choir conductor at the OAB-CAASP (São Paulo Lawyers Assistance Box).

Formed in 2007, OABAND was created to make presentations within the OAB itself. But, with the increase of its popularity, the big band reached other segments and today it presents itself in festivals, like Revelando São Paulo, meeting of bands realized annually in Iguape (SP).

3. Medley ABBA – Dancing Queen/Fernando/ I Do, I Do, I Do (Björb Ulvaeus e Benny Andersson) transc./adap. José Antunes)