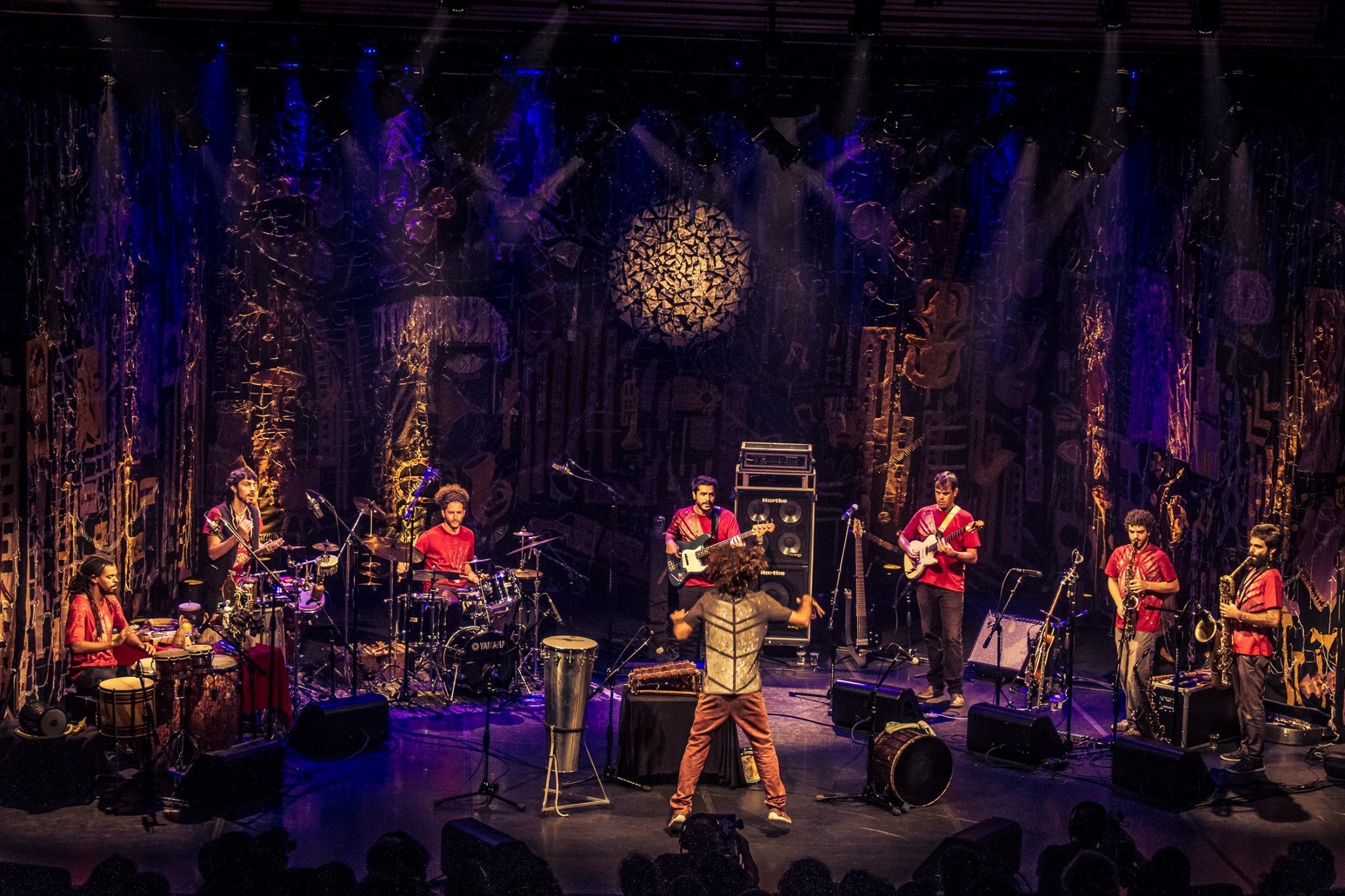 Formed by guitar, contrabass and two blows, the group “Gestos Sonoros” uses as a base the typical percussions of Latin American culture in the show without pre-established setlist. Bruno Duarte, founder and conductor of the group, leads to a musical improvisation through hand and body gestures, creating collectively with the public participation.

About project “Música no MCB”

With ongoing editions since 1999, the project “Música no MCB” has already be seen by over 230,000 people who had free access to concerts of groups like Pau Brasil, Zimbo Trio, Projeto Coisa Fina, Orquestra Bachiana Jovem, Grupo Aum, Mawaca, Traditional Jazz Band, among others. The presentations takes place on a stage setlet up on the terrace of the Museu da Casa Brasileira, between March and December, with about 400 spectators each Sunday.