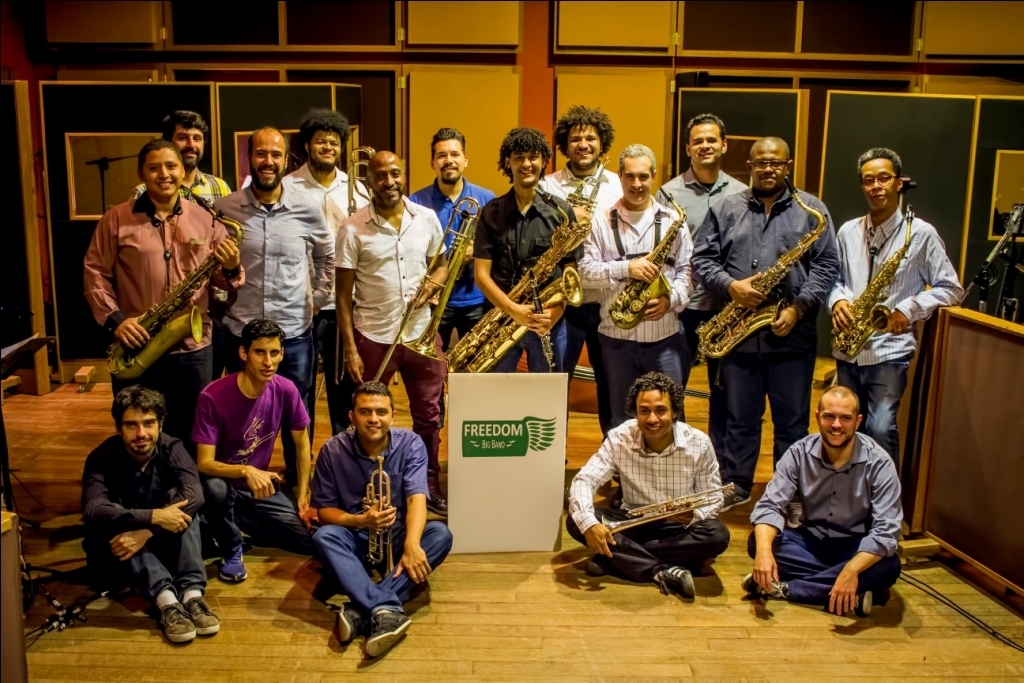 Formed by 17 musicians, 14 of them with previous performance in the Youth Orchestra Tom Jobim, the Freedom Big Band stands out for the integral dedication to the theoretical study and the musical practice of its members. Searching for a musical identity of their own, the group did research on various Brazilian musical genres, their composers and curiosities, and found in the Week of Modern Art inspiration for the setlist, which will describe the paintings, sculptures, monuments, poems and curiosities that exist in time through music.

April 16th, Sunday at 11am – free admission (subject to capacity)