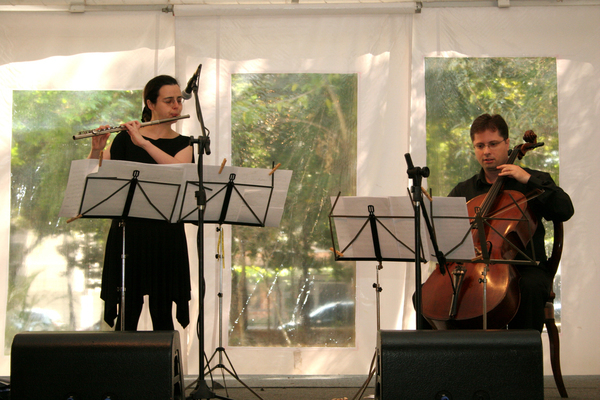 The Brazilian moves and the Argentine milonga meet at the concert ‘Ginga e Milonga’, presented by Duo Charlier-Pellegatti. The harmonic union of Celina Charlier’s flute and Fábio Pellegati’s cello maintains the essence of the choros and tangos, created by the duo and presented in original arrangements. The music gains local color when traveling from one country to another, it transits between the genres and instruments to show the possible integration between the blow and the rope, the serious and the sharp, the popular and the classic between Brazil and Argentina.