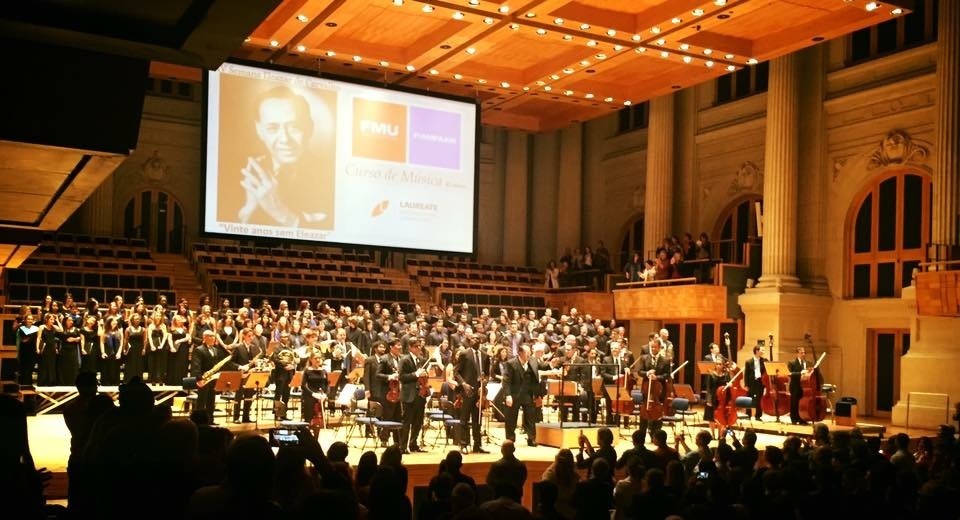 The opening of FIAM-FAAM Music Week will take place on the terrace of the MCB with a special presentation by the Academic Choir and the FMU / FIAM-FAAM Symphony Orchestra. With coordination of Paulo César Rocha and regency of Rodrigo Vitta, the show will feature a remarkable repertoire. The Music Week is a program that takes place annually for the academic community and is also open to the public with the aim of providing the student’s development of Music within interdisciplinary projects that allow the experience of the artistic and professional environment.