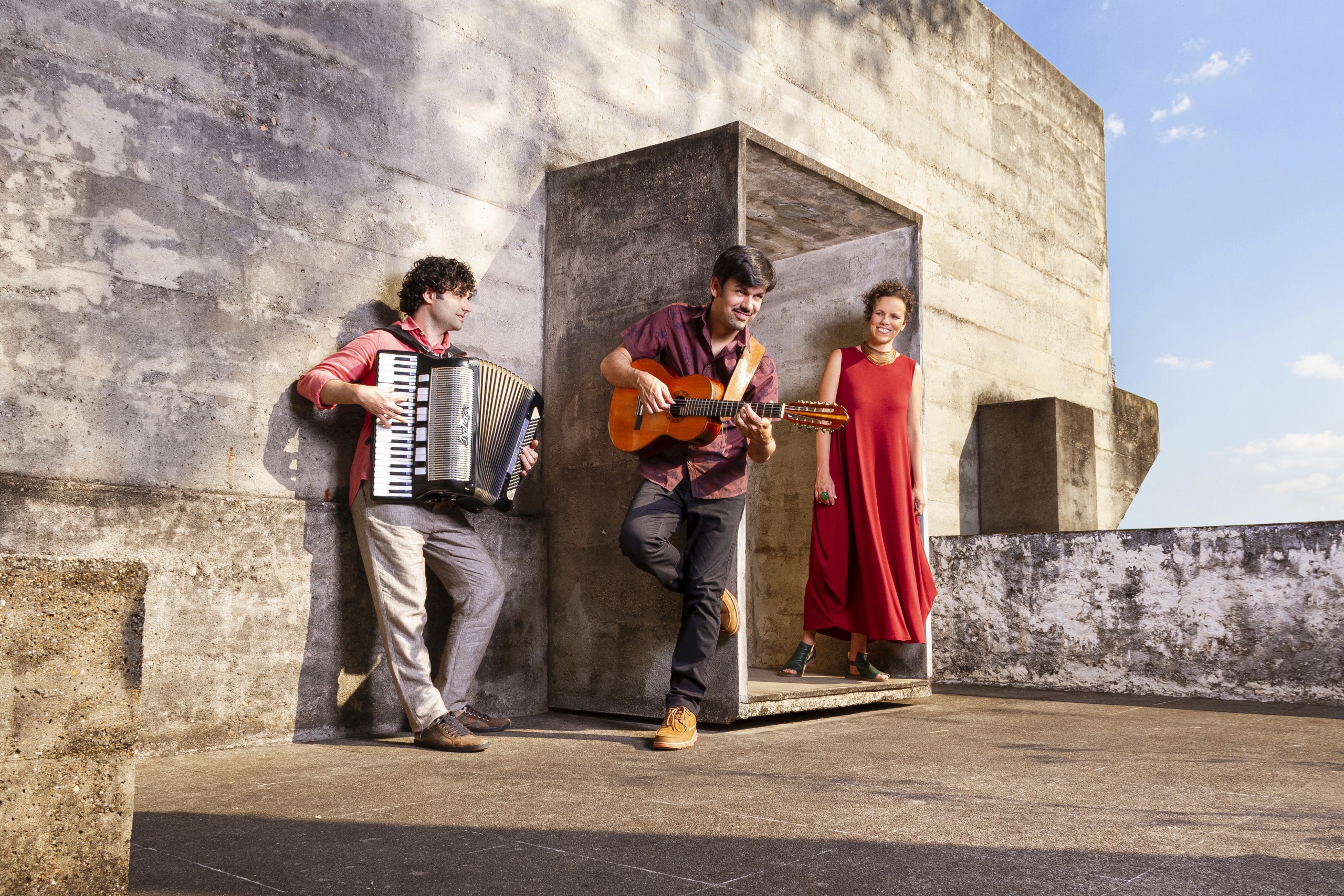 Conversa Ribeira is one of the honorees of the #MCBEMCASA campaign. The group would perform at the Museu da Casa Brasileira, in March, in the 21st season of the Música no MCB project, presenting the new CD ‘Do Verbo ao Chão’. However, under the guidance of the Covid-19 Contingency Center, the Secretary of Culture and Creative Economy of the Government of the State of São Paulo adopted the measure to suspend the operation of museums for up to 30 days.

The trio formed by Andrea dos Guimarães, Daniel Muller and João Paulo Amaral weaves a unique development of country music, cultivating the essential link with this tradition and the freedom to recreate it in new concepts of arrangement and interpretation.

After 17 years of its formation, Conversa Ribeira continues to carry out meticulous and enthusiastic research, which seeks to bring to the surface pearls created by great authors in the history of country music.

The new album reveals the viola fashions “I liked the brunette”, by Raul Torres, “Hero without medal”, by Sulino and “Moda da Onça”, a public domain song that Inezita Barroso collected in Itapecerica da Serra, in the 40s And the retrospective look is not only directed at the pioneers who defined the scope of this tradition. Two compositions by Daniel Muller, among them, “Cururu Mitológico”, based on extensive research on Brazilian indigenous mythologies and also works by authors who do not restrict their production to regional music, but whose sensitivity touches deep Brazil, are also contemplated. Thus, they are part of the repertoire “Behind dust”, by Ivan Lins and Vitor Martins, “Folia”, by Lourenço Baeta and Xico Chaves, and “Olho d’água”, by Paulo Jobim and Ronaldo Bastos.

Check out the group’s YouTube channel and get to know the songs on the new CD: youtube/conversaribeira