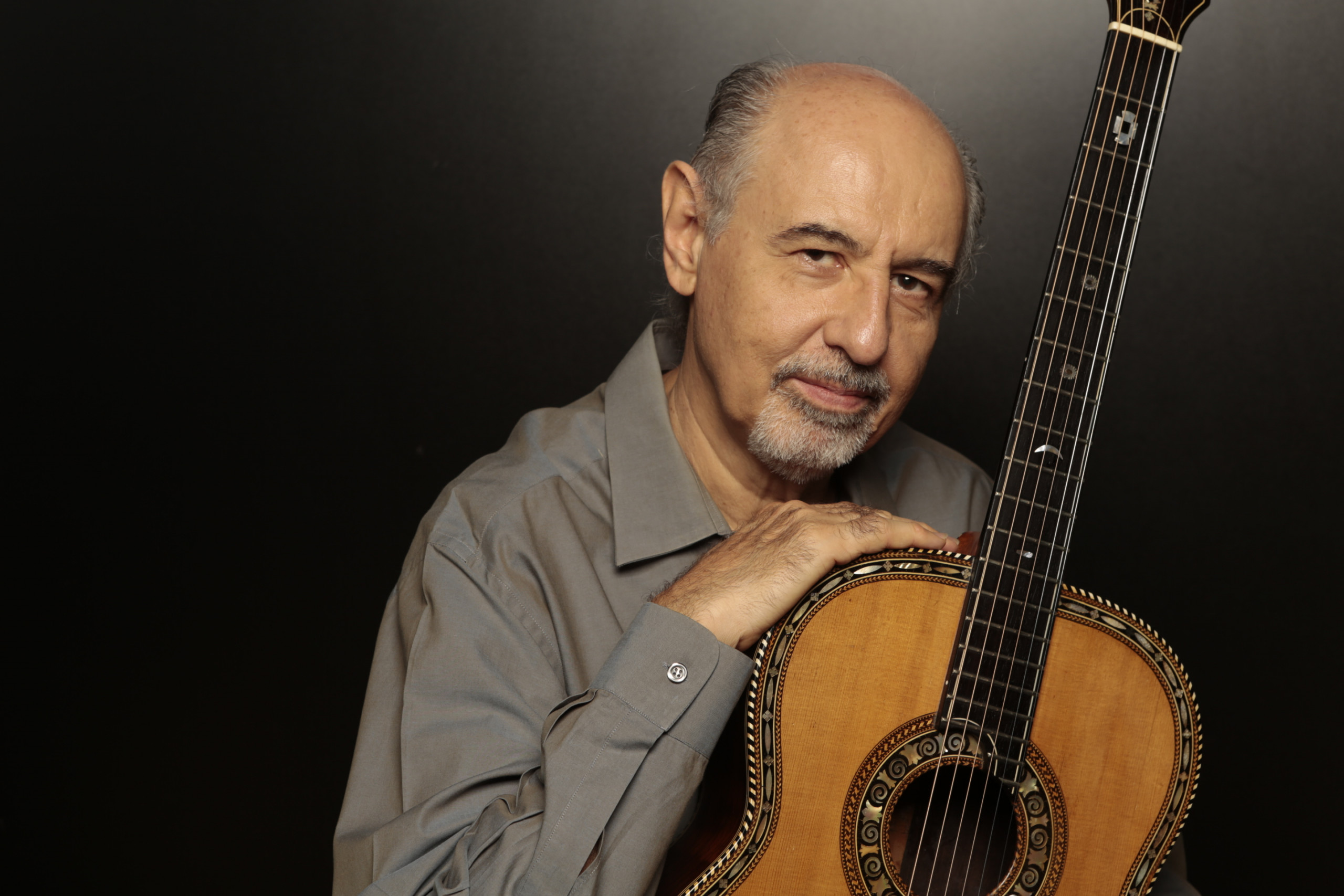 The show will take place on Sunday, August 21, at 11 am, and will feature works such as ‘Gente Humble’ and ‘São Paulo Quatrocentão’.

On Sunday, August 21, at 11 am, the Música no MCB project, from the Museu da Casa Brasileira – an institution managed by Fundação Padre Anchieta – presents, in partnership with Borandá Produções and the Cultural Action Program (ProAC) of the Secretary of Culture and Creative Economy of the State of São Paulo, the concert “Garoto” by guitarist Paulo Bellinati. He is one of the main interpreters and scholars of the legacy of Aníbal Augusto Sardinha – the famous guitarist Garoto, considered by many musicians and specialists as the father of the modern guitar in Brazil.

For the concert, Paulo Bellinati reassembles the guitar trio that Garoto had with his partners Petit and Aymoré, inviting musicians Swami Jr., on the 7-string guitar, and the young talent Daniel Murray, on the 6-string classical guitar.

The program includes pieces from the album “Garoto”, from 1986, re-released by Selo Sesc in 2019. Among the works arranged by Paulo Bellinati for guitar solo, duo and trio, are the famous “Gente Humilde”, “São Paulo Quatrocentão”, “Quando dói uma saudade”, “Enigma”, among others. The repertoire also visits Garoto’s contemporaries, such as Laurindo de Almeida (Braziliance) and Tom Jobim (Meu Amigo Radamés).

About Paulo Bellinati
Guitarist, composer and arranger. He studied classical guitar with Isaias Sávio. He graduated from the Dramatic and Musical Conservatory of São Paulo. From 1975 to 1980 he lived in Switzerland, where he continued his studies in Geneva and taught at the Lausanne Conservatory. His work is internationally recognized. He was one of the Brazilian representatives, alongside Cristina Azuma, Gabriel Improta and the Camerata de Violões of the Brazilian Conservatory of Music, of the event “Panorama Internacional do Violão”, which occupied the Sala Cecília Meireles (RJ), in 2000, with recitals and masterclasses.

His discography includes albums with the group Pau Brasil and albums of reinterpretations that promote a historical rescue of Brazilian music such as “Garoto”, “Violões do Brasil”, “The Guitar Works of Garoto”, “Serenata – Choros & Waltzes of Brazil”, “Afro-Sambas”, with singer Mônica Salmaso, “Lira Brasileira” and “Paulo Bellinati Plays Antonio Carlos Jobim”.