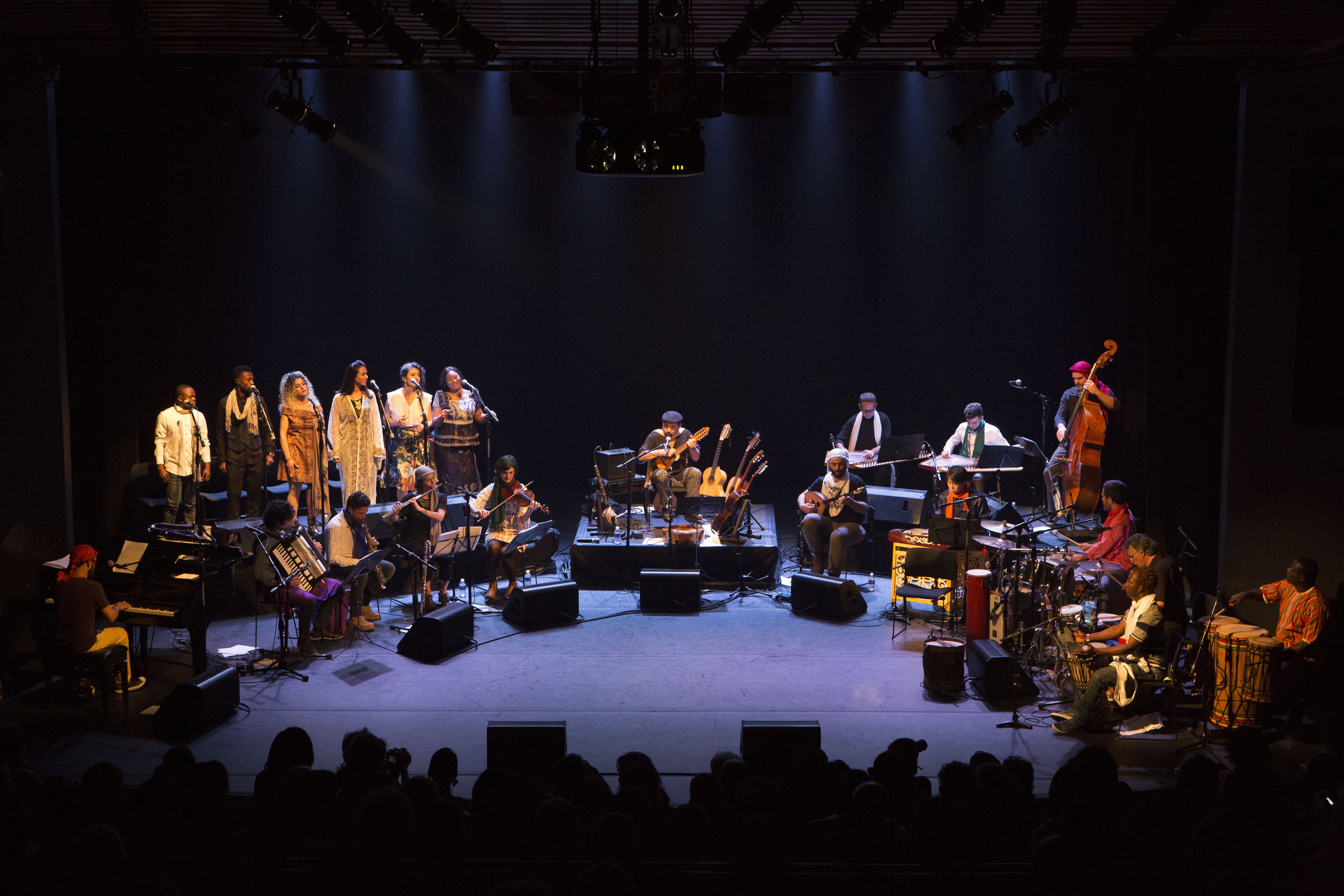 On May 13, Sunday at 11am, the Museu da Casa Brasileira, institution of the São Paulo State Secretariat of Culture, will host Carlinhos Antunes and Orquestra Mundana Refugi on stage for a special presentation on Mother’s Day.

The group, which includes refugee musicians from various countries, includes in their repertoire their own compositions and traditional themes from Palestine, Iran, Guinea, Congo and Brazil, as well as Arabic and Persian songs. Its members use instruments such as kanun, accordion, piano, violin, Chinese zither, bouzouki, among others.

The Orquestra Mundana Refugi comes from the original formation of the Orquestra Mundana, which brought together professional musicians from different locations who lived or were in São Paulo. After 15 years, Refugi was constituted by musical workshops offered by Sesc São Paulo for immigrants and refugees, a project idealized by the musical director Carlinhos Antunes himself and the social worker Cleo Regina Miranda. The objective was to welcome and integrate those who chose to live in São Paulo, whether by their own choice or not.

The group gained prominence due to its social relevance, and earlier this year the UN National Agency for Refugees (UNHCR) held an international meeting regarding their daily lives in rehearsals and presentations. The orchestra has also performed at Sesc Pompeia and Casa de Francisca, and in January 2019 will participate in the first international festival in Bahia.