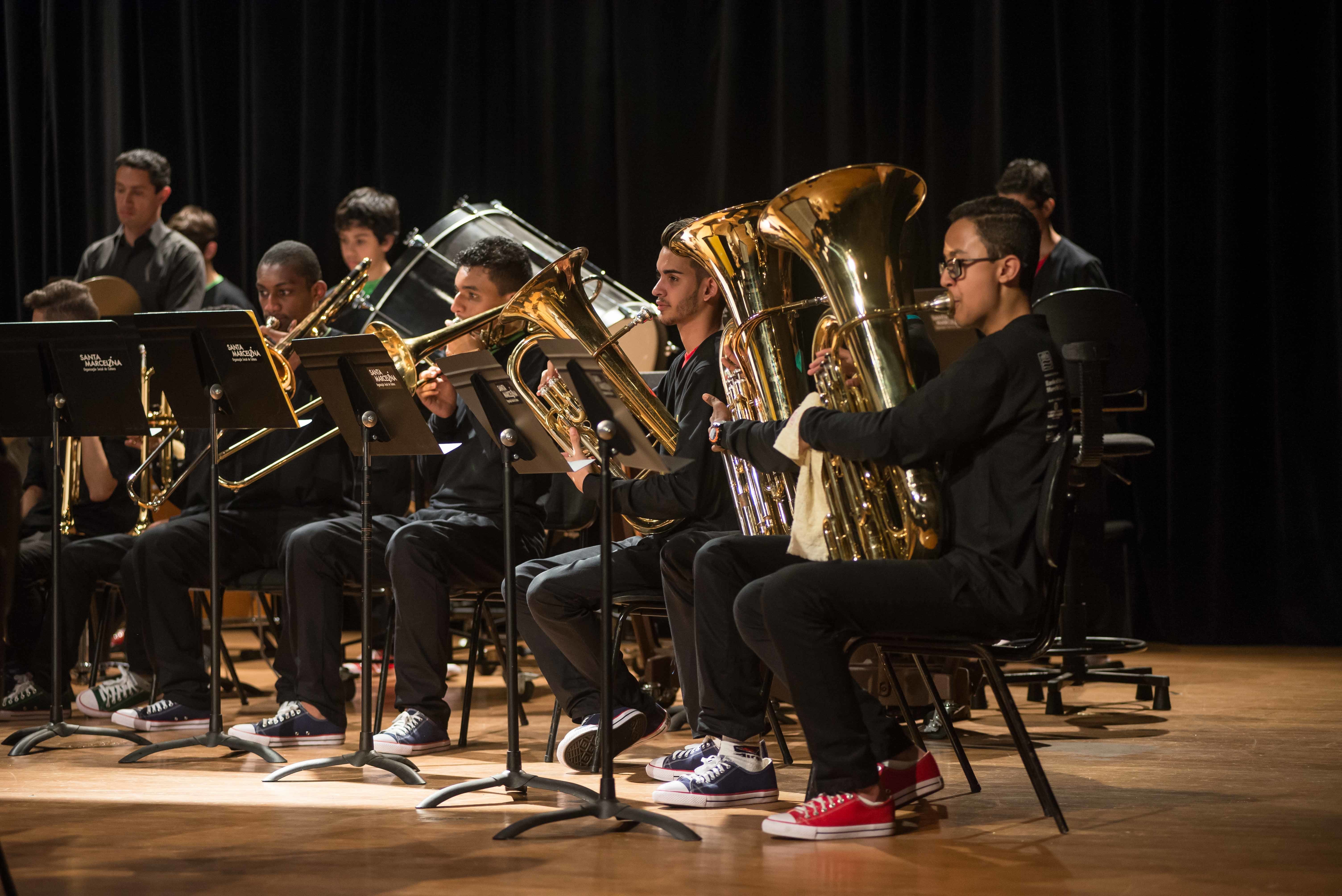 The Museu da Casa Brasileira, an institution of the Culture Secretariat, managed in partnership by the Government of the State of São Paulo and the Civil Society through the A Casa Museu de Arte e Artefactos Brasileiros, presents the Guri Infanto Juvenile Symphonic Band on July 1 , Sunday at 11am. The free concert has repertoire that goes from the popular music of Toquinho to the classic composition of Bizet.

The group is part of the artistic-pedagogical structure of Guri, considered the largest Brazilian sociocultural program. Known for its musical versatility, the Symphonic Band prepares students between the ages of 10 and 14 for initial training in instruments such as clarinet, saxophone, flute, trombone, trumpet, and percussion instruments.

About Guri Children and Youth Groups
The Children and Youth Groups reflect not only the music teaching offered by the program, but also make evident the social work present in each of the 46 poles distributed in the capital and Greater São Paulo. There are currently nine groups made up of students, as well as a family choir. In total, the groups bring together 390 Guri Santa Marcelina students, who are selected through auditions and hold weekly meetings. In the rehearsals, in addition to working repertoire and learning with national and international prominent artists, the Guri students have contact with different realities and languages, which contributes to a broader formation besides music. During the year, each of the groups makes six presentations – some of them special, such as joint concerts, exchanges with EMESP students and international guests.

About Guri Santa Marcelina
Guri is a program that develops musical education and socio-cultural inclusion for 13,000 children and adolescents between 6 and 18 years old, in 46 poles of the capital and in cities of the Metropolitan Region of São Paulo. Under the management of Santa Marcelina Cultura, Social Organization (OS), qualified by the State Secretariat of Culture of São Paulo, the program provides a quality musical education combined with a transformative social intervention. The objective is to offer students and families, mostly residents of regions of high social vulnerability.

About MCB
The Museu da Casa Brasileira, an institution of the São Paulo State Department of Culture, is dedicated to the preservation and diffusion of the material culture of the Brazilian house, being the only museum in the country that specializes in architecture and design. The MCB program includes temporary and long-term exhibitions, with an agenda that also includes activities of the educational service, debates, lectures and publications contextualizing the museum’s vocation for the formation of a critical thinking in themes such as architecture, urbanism, housing, economy urban mobility and sustainability. Among its innumerable initiatives, the MCB Design Prize, the main award of the segment in the country, made since 1986; and the Casas do Brasil project, to rescue and preserve the memory about the rich diversity of living in the country.