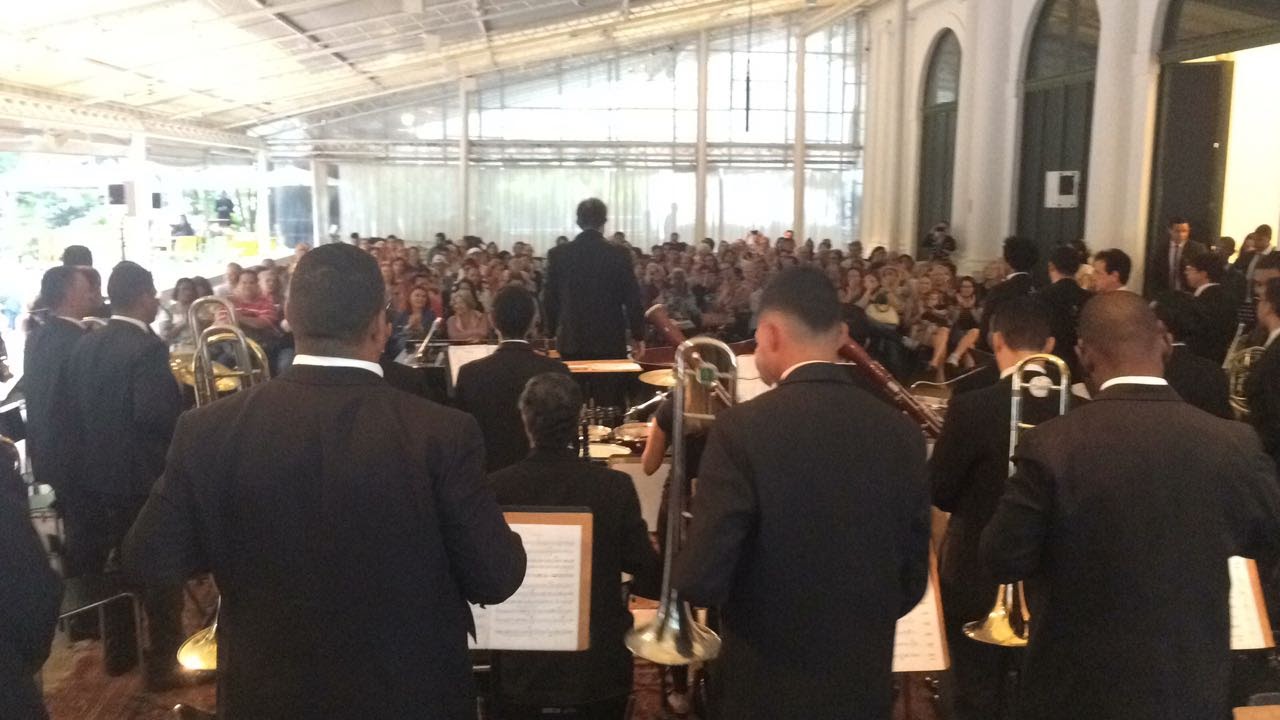 The opening concert of the “XVI Eleazar de Carvalho Week” will take place on the MCB stage with a concert by the Cubatão Symphonic Band conducted by Rodrigo Vitta. In addition, the presentation will feature special guests, Maestro Roberto Farias and Maestro Sergei Eleazar de Carvalho.