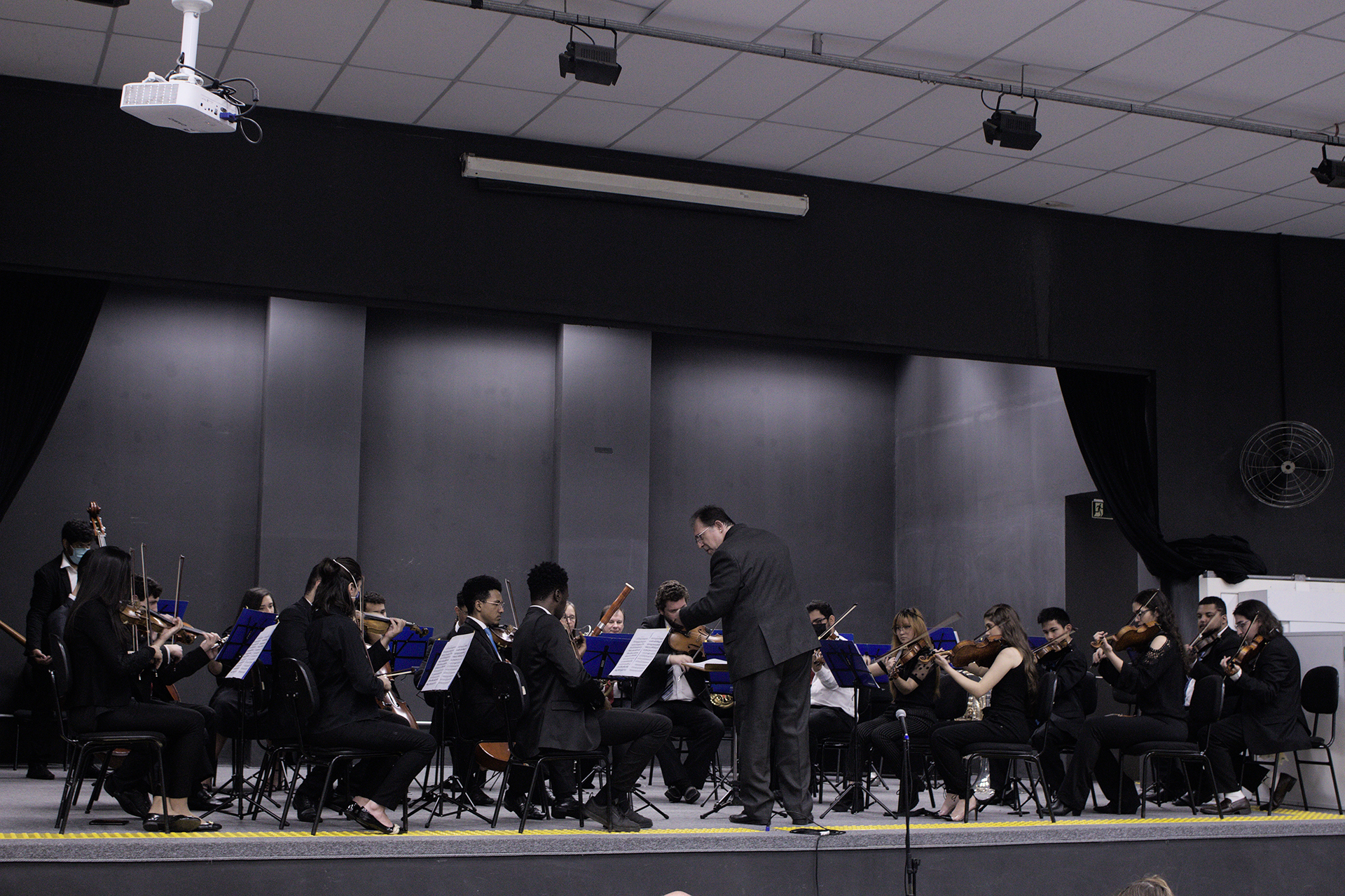 The concert conducted by Rodrigo Vitta takes place on October 9, Sunday, at 11 am

Compositions by Mozart and F. Mignone are part of the repertoire of the FMU FIAM-FAAM Orchestra’s presentation, which takes place on Sunday, October 9, at 11 am, at the Museu da Casa Brasileira – an institution managed by Fundação Padre Anchieta.

Coordinated by conductor and professor Rodrigo Vitta, the Orchestra has already given concerts at Teatro São Pedro, Centro Cultural São Paulo, Sala São Paulo and several times on the terrace of the MCB. Now, the orchestra returns to the Museum stage with the soloist Leonardo Aniceto.

The FMU FIAM-FAAM Orchestra is an interdisciplinary project of the Music Course, it aims to provide students of the course with a practical experience in a real work environment, with a wide training repertoire, with emphasis on the compositions of the great masters of music.

About Rodrigo Vitta
Born in São Paulo, he holds a master’s degree in Communication and Semiotics from PUC/SP and a Bachelor’s degree in Composition from FMU/FIAMFAAM. He is currently a professor of graduate and undergraduate courses in Music at Universidade FMU / FIAMFAAM, professor of graduate studies at IBFE and founder of the online Escola Internacional de Arte e Música STUDIO VITTA. Vitta is conductor of the Eleazar de Carvalho Festival, of the FMU FIAMFAAM Orchestra and pianist of the Quarteto Novas Tendências. As a conductor, he performed important works, such as the shows Série Movimento Violão Sinfônico with international and national soloists on TV SESC / SP, he directed the musical Do Hip Hop ao Erudito da Samba by SESC Pompéia. He conducted the “III Lyric Festival in Montevideo at Teatro Solís with the Montevideo Philharmonic Orchestra and the concert by Gala Lírica-LyricSur (BRA / URU). He worked as Principal Conductor of the Cubatão Symphony Band and Assistant Conductor of the Santos Symphony Orchestra. For 20 years he has been Academic Professor in the area of ​​Conducting and Composition at Universidade FMU / FIAMFAAM where he directed the concerts for Semana Eleazar de Carvalho at Sala SP since 2015. Follow the Museu da