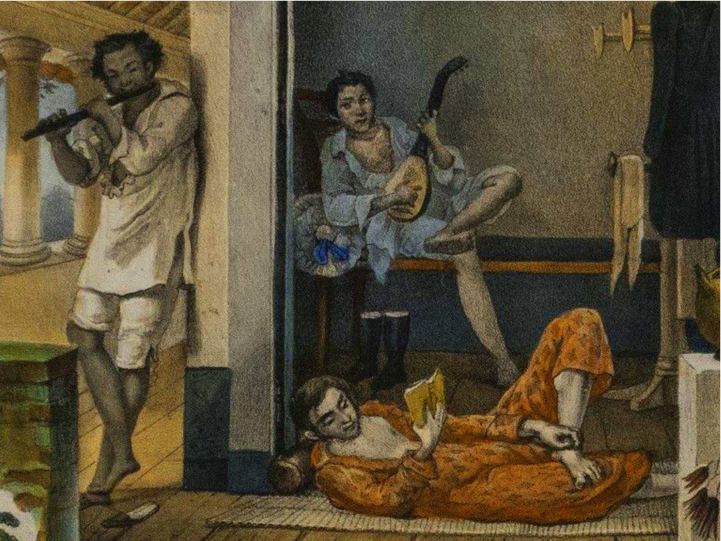 In the context of the celebrations of the bicentennial of the Independence of Brazil, the Museu da Casa Brasileira – an institution managed by Fundação Padre Anchieta – curated by the singer and researcher Anna Maria Kieffer and set by João Malatian, launches the project ‘Musical Instruments in the Brazilian House – Concerts commented’. The proposal, which takes place in parallel with the exhibition ‘Independences: houses and customs in Brazil’, mainly addresses the music and instruments heard in the Brazilian house, from the arrival of the royal family to the abdication of D. Pedro I.

In the format of three commented concerts, which will take place on 09/30, 10/07 and 10/14, Fridays, at 7:30 pm, the presentations will be performed with period instruments. The project shows a repertoire based on information collected by historians, musicologists and travelers, whose practice can be observed in the iconography of the period and had as its starting point the fortepiano attributed to D. Pedro I, an instrument that integrates the collection of the Museu da Casa Brasileira .

“The musical program includes important composers born in Brazil, or who lived among us, as well as works by foreigners performed here at the time, complemented by examples of popular music that have come down to us through oral tradition”, comments the curator.

For Giancarlo Latorraca, MCB’s technical director, “projects like this expand the cultural repertoire proposed from the expository presentations. In the specific case of the period covered, the public will be able to see the interpretation of songs, modinhas and lundus, in addition to serenades by various composers”.

On September 30, at 7:30 pm, the show will be ‘Onde canta o sabiá’ and keyboard instruments will be presented, such as harpsichord and fortepiano, played in the Brazilian house at the turn of the 18th to the 19th century, in solo, in duo with different types of flutes or accompanying the voice.

For the second concert, ‘Memórias Concertantes’, which takes place on October 7th, the highlight is the presence of bow instruments in Brazil played, in many cases, by instrumentalists who were part of the Capela Real, considered by many visitors as one of the most sophisticated vocal ensembles – instrumentals of its time

To close the shows, on October 14th, the concert ‘A Cidade e o Campo’ will highlight the instruments used in popular and traditional music of the period, such as the wire guitar, from the baroque guitar family, in addition to the harp, previously used in the church to accompany the liturgical services and, in the period discussed here, as a salon instrument, recreating – alongside the viola – old folias and fandangos performed at the court for the entertainment of the Spanish princess Carlota Joaquina, consort of D. João VI.

To reach even more people with the project, the three concerts will also be broadcast live on the YouTube channel of the Museu da Casa Brasileira.

About MCB
The Museu da Casa Brasileira, an institution of the Secretary of Culture and Creative Economy of the State of São Paulo, managed by Fundação Padre Anchieta, has been dedicated for 52 years to the preservation and dissemination of the material culture of the Brazilian house, being the only museum in country specializing in architecture and design. The MCB’s program includes temporary and long-term exhibitions, with an agenda that also includes educational service activities, debates, lectures and publications contextualizing the museum’s vocation for the formation of critical thinking on topics such as architecture, urbanism, housing, economy. creativity, urban mobility and sustainability. Among its numerous initiatives, the Design MCB Award stands out, the main award of the segment in the country held since 1986; and the Casas do Brasil project, to rescue and preserve the memory of the rich diversity of living in the country.​

About Anna Maria Kieffer
Singer and researcher, she is dedicated to the research and dissemination of early music, the musical memory of Brazil and contemporary vocal music, having participated as a curator, creator and performer in festivals in Brazil, the Americas and Europe. She is the author of soundtracks for cinema, exhibitions and museum spaces, as well as scripts for interdisciplinary works of her conception. She is associated with the Brussels Research Studio -SRSEA and is a member of the EMF – Electronic Music Foundation, in Albany, New York. She is the founder and director of AKRON-cultural projects, which includes the production of music, film and books.