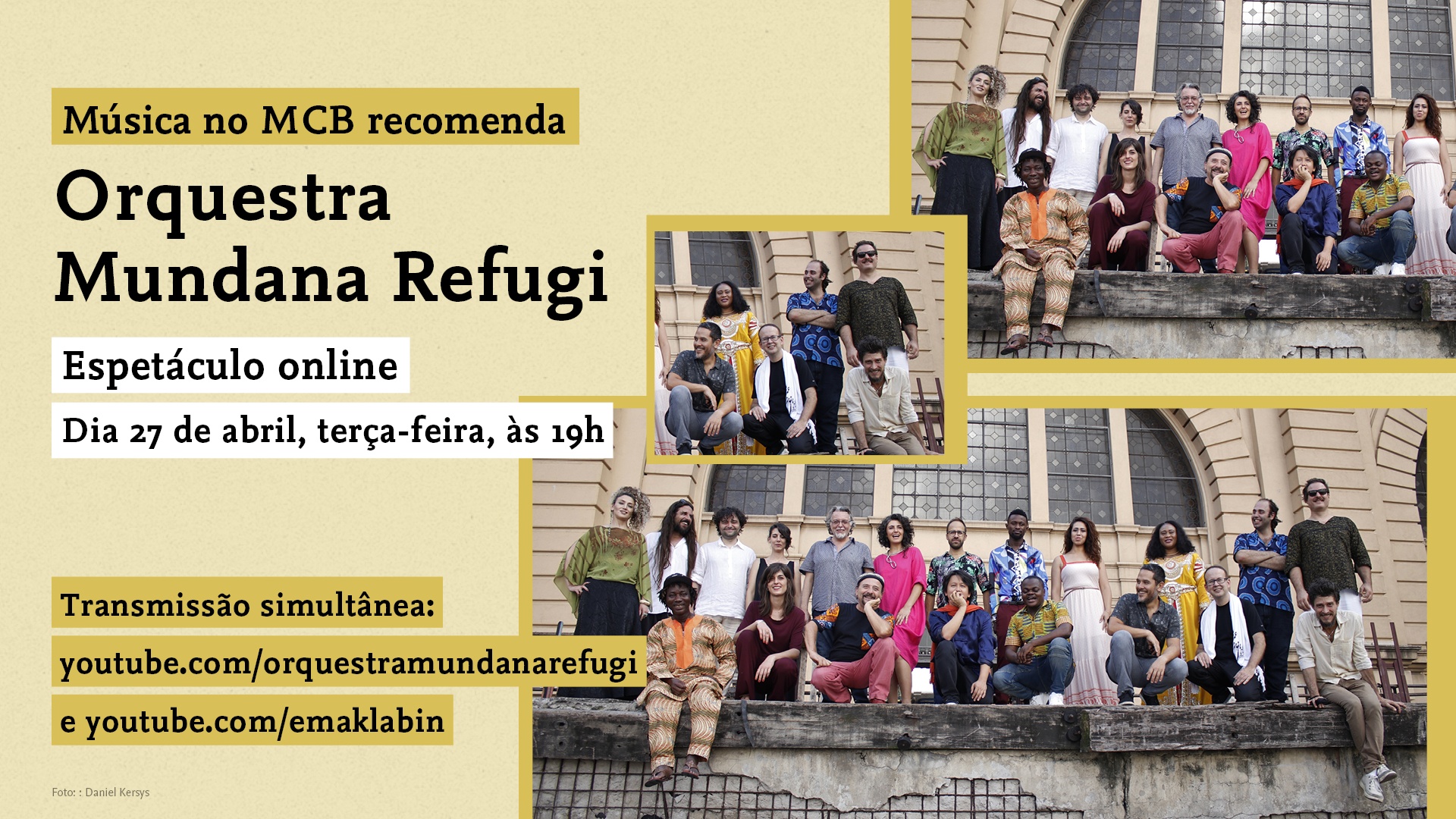 On April 27, at 7 pm, the first performance of the show “Orquestra Mundana Refugi” takes place, an online concert held by the homonymous orchestra and divided into six parts.

Conceived through the Emergency Law of Support to Culture (Proac Expresso Lei Aldir Blanc 39.2020 – Production and music season with online presentations), the event will present to the public the most representative songs and instrumental themes from the two albums of Orquestra Mundana Refugi (OMR), in addition to unpublished and exclusive themes developed – especially – for the occasion.

Among the highlights of the launch presentation will be: “Caravanas”, composed by Chico Buarque in 2018, in a suite with “As caravanas” and “Deus pagre”, success of the last album of the Mundana Refugi Orchestra, called “Caravana Refugi”; the theme, already “classic” in the Orchestra’s repertoire, now gains a reinterpretation for the virtual live show.

The repertoires – still – will be played in smaller formations (duos and trios) in order to allow spectators to observe the different nuances of the reinterpretations of themes already known in the so-called “erudite” world.