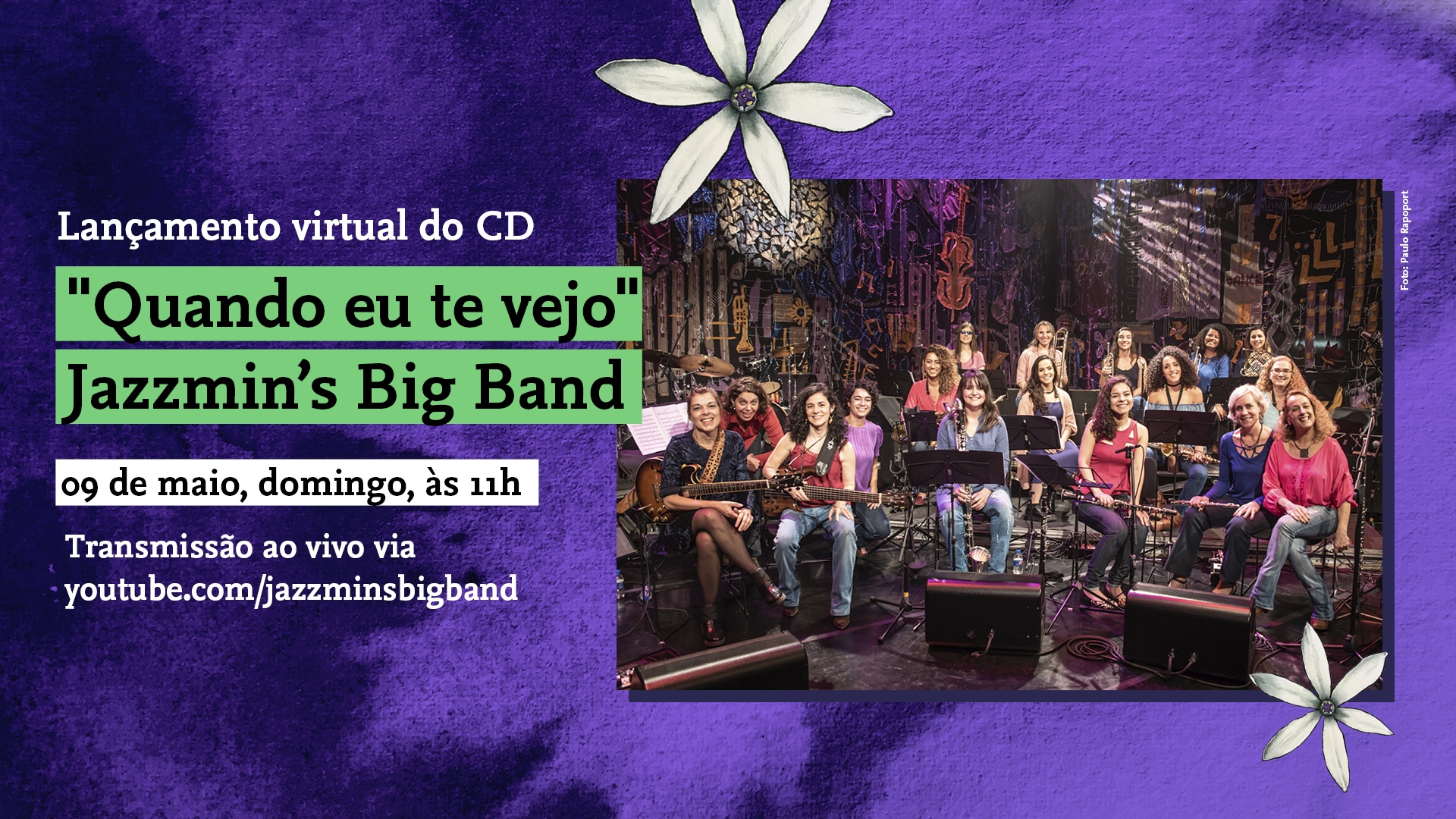 On May 9th (Sunday), the Museu da Casa Brasileira launches the CD “When I see you”, a new work by the Jazzmin’s Big Band group. Broadcast live on the band’s Youtube, starting at 11 am, the online event will be free and open to lovers of good instrumental jazz.

The work presents a new timbristic experience built over 10 tracks, including executions of the hits “7×1”, “Sevilha” and “Doralice”, previously released as singles on the Spotify audio streaming platform.

About Jazzmin’s Big Band
The group became a pioneer for its exclusively female formation that brings together 17 instrumentalists from various musical trends and different generations. With a repertoire devoted to Brazilian music and authorial compositions, it has a particular sound formed by the presence of vibraphone, clarinet, clarone, French horn and flutes, in addition to the traditional instruments of a bigband.

Jazzmin´s was born in 2017, idealized by saxophonist Paula Valente and pianist Lis de Carvalho who, inspired by their experiences as EMESP teachers, realized the need and importance of opening spaces for female expression within instrumental music.