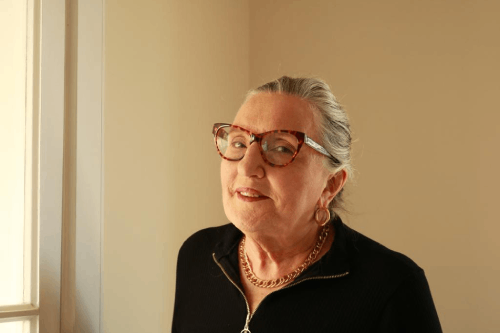 In September, MCB launches a project that recalls more than 20 years of musical curatorship

The Museu da Casa Brasileira, an institution of the Secretariat of Culture and Creative Economy of the State of São Paulo, launches on Spotify the first playlist signed by great names who have already been curated by the project Música no MCB.

The first guest to create the playlist ‘Curadoria MCB’ is Carmelita Rodrigues de Moraes, coordinator of Music at MCB for over 17 years. The history of music at the Museu da Casa Brasileira is intertwined with Carmelita’s, who carries rich experiences in cultural institutions such as the Secretary of Culture of the State of São Paulo and the Museum of Image and Sound (MIS).

When invited to join the MCB team, the professional brought years of expertise in music and culture to add to the project, which, some years later, would be personified by her. “Carmelita Moraes has been responsible for the success of Música no MCB for over 15 years, a talent recognized both by the musicians and by the project’s public”, says Miriam Lerner, general director of the institution.

The playlist signed by Carmelita recalls some artists who have already visited the MCB terrace, showing the diversity of genres brought by the presentations that took place at the museum over the years. “The objective is to promote plural music, with different musical origins”, explains Carmelita.

The list with about 25 songs features from contemporary bands of Brazilian popular music such as Mustache and Apaches and Metá Metá, through renowned works such as those of Carlinhos Antunes, Antonio Nóbrega and Toninho Ferragutti, children’s songs like ‘Lobo-Guará’, from CD Brasileirinhos – Music for the Animals of Brazil, and showing diversity with The Klezmatics – klezmer music group influenced by black and gospel music. Samba, on the other hand, appears represented by Dona Inah – legendary samba singer who recorded her first album only in the 2000s.

To listen to the full playlist, visit: https://spoti.fi/35UYOrl

In addition to the playlist ‘Curadoria MCB: Carmelita Rodrigues de Moraes‘, on the institution’s Spotify it is possible to listen to the playlists ‘Música no MCB‘, updated every two months, and ‘The Brazilian house on the radio waves’, of popular songs between 1920 and 1950.