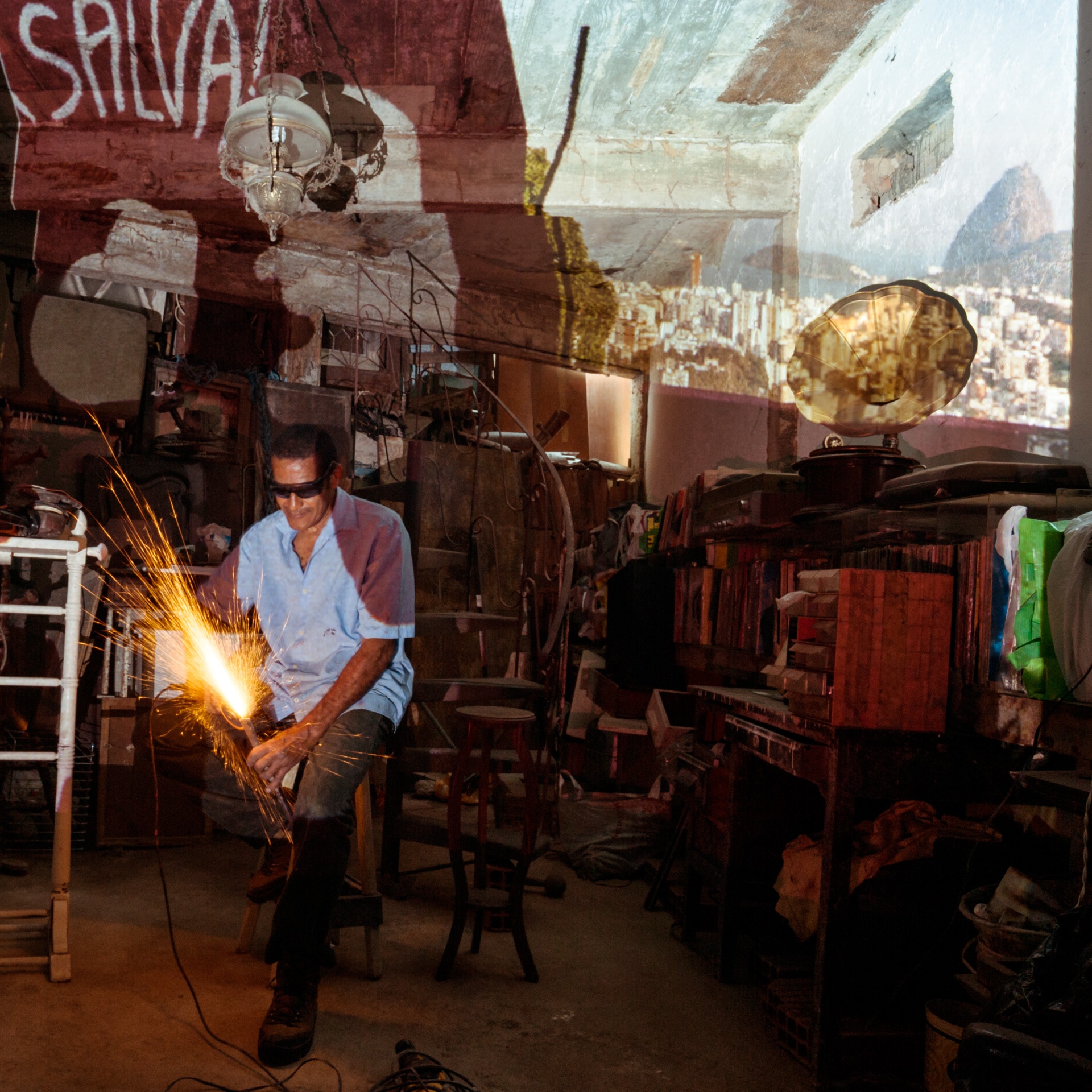 The Museu da Casa Brasileira – an institution of the Secretariat of Culture and Creative Economy of the State of São Paulo – will hold a virtual conversation circle for the launch of the Campos de Altitude exhibition catalog. The event will take place live on the MCB’s YouTube on April 7, starting at 6 pm, with the mediation of the Museum’s technical director, Giancarlo Latorraca, and the presence of photographer Kitty Paranaguá, curator and researcher Júlia Lima, and postdoctoral researcher in photography and visual anthropologist Yara Schreiber Dines.

The online meeting will address the stories and meanings behind the photographic series that registered homes, residents and landscapes in different hills in Rio and will also celebrate the completion of the 24-page booklet with texts and images about the exhibition that will be available in the 5th edition of the magazine ArqXP.

The magazine can be viewed on the website https://arqxp.com/ or purchased in the physical version, on demand via the Instagram chat @arq_xp.

Sample
Inspired by the work ‘Câmara Escura’, by Abelardo Morell, Kitty decided to contrast the view of Rio de Janeiro’s hill dwellers with their daily experiences. In what way? Photographing the exterior from the observation points of 13 houses and projecting the image of this external field onto the interior and its residents.

The result was the discovery that lives are intertwined, the community is an extension of housing and the boundary between public and private is blurred. There is a tension preventing residents from enjoying these landscapes, which is accessible to the senses, but, often, it only reveals itself in the form of deprivation. It is as if, metaphorically, the light of the landscape that invades their houses overshadows them in an imposing way.

The projections on the houses and the bodies that inhabit them, together with the testimonies collected in audio, reveal a section of the city. The MCB exhibition features 15 photographs produced in the Pavão Pavãozinho, Tavares Bastos, Chapéu Mangueira, Cantagalo, Vidigal and Rocinha communities.

About Kitty Paranaguá
With forty years of photography, Kitty Paranaguá started her career as a photo reporter at Jornal do Brasil, where she worked for 4 years. She has a degree in Journalism from PUC-RJ and a postgraduate degree in Photography: Image, Memory and Communication from UCAM-RJ. She worked for many years as an architecture and interior photographer. This interaction with the architects gave him a close look at the city. Four words stitch her essays: space, man, landscape and poetry. The essay “Copacabana”, published in 2011 by Barléu publisher, won the honorable mention at the Poy Latino Americano Festival (Pictures of the Year) in 2013. In 2014, with Ateliê Oriente, it received the Arte e Patrimônio award for the Caminhos Cruzados project. His series “Campos de Altitude”, in 2017, represented FotoRio at Photo Beijing (Beijing, China). This series is on display at the Museu da Casa Brasileira (MCB), in SP, until April 2021. The essay Tempo Presente, second place in the Aliança Francesa Award 2019 (theme: Borders), is exposed online at the link: http://www.prixphotoaf.com.br/

Her work is present in the Joaquim Paiva and Maison Européenne de Photographie (MEP) collections. She is a founding partner and one of the coordinators of Ateliê Oriente, founded in 2010, it is a cultural space that acts primarily in the area of ​​photography, with an emphasis on educational actions and exchange of knowledge.

About Julia Lima
Curator and researcher, she has a degree in “Art: History, Criticism and Curatorship” from PUC-SP. She was a member of the Tomie Ohtake Institute Research and Curatorship and was a jury member of the EDP 2016 Award. She was the curator of the 2nd edition of the Adelina Instituto residency program and of the group exhibitions “I wanted to be read by the stones”; “Ways to return home”; “Ministry of solitude”; and “No one is going to drop our flag.” He curated and wrote for several individual exhibitions, including those by Kitty Paranaguá (MCB), Felippe Moraes (FIESP), Élle de Bernardini (Verve Galeria), Bruno Novaes (Casa do Olhar) and Carlos Monroy (OC Oswald de Andrade). Currently, she conducts the research “They are Here”, teaches art history courses, collaborates with specialized vehicles, and monitors artists.

About Yara Schreiber Dines
Post-doctorate in Photography from the University of São Paulo, under the supervision of Professor Doutor Tadeu Chiarelli. PhD in Social Anthropology from the Pontifical Catholic University and Master in Social Anthropology from the University of São Paulo. Professor at Unesp Araraquara (2018), Unesp Franca (2015), Postgraduate Studies in Cinema, Photography and Video at Anhembi-Morumbi University (2014-2017) and Postgraduate Studies in Contemporary Aesthetics (2014), at Mackenzie University . Author of the book “Citizens of Culture in Leisure – a reflection on anthropology of the image of Sesc São Paulo (Editora do Sesc São Paulo, 2013) and of Hildegard Rosenthal and Alice Brill, photographers from overseas – cosmopolitanism and modernity in the eyes of São Paulo (Editora Intermeios, forthcoming) Curator of the exhibitions “Holi Festival – light, color and sowing in India / Brazil” (2019), “Ilú Obá de Min, black hands playing drums for Xangô” (2018, 2017), The alter ego of Hildegard Rosenthal, a modern immigrant photographer ”(2017, 2016),“ Santuário de Pedro M. Caetano: Image, bricolage and popular religiosity in Campeche (SC) ”(2014), among others. in Art & Photography – GEAF / USP and the Laboratory of Image and Sound in Anthropology – LISA / USP, member of the Photographers for Democracy Collective (SP).

About MCB
The Museum of the Brazilian House, an institution of the Secretariat of Culture and Creative Economy of the State of São Paulo, has been dedicated, for 50 years, to the preservation and diffusion of the material culture of the Brazilian house, being the only museum in the country specialized in architecture and design . The MCB’s program includes temporary and long-term exhibitions, with an agenda that also includes educational service activities, debates, lectures and publications contextualizing the museum’s vocation for the formation of critical thinking on topics such as architecture, urbanism, housing, economics creativity, urban mobility and sustainability. Among its numerous initiatives, the Design MCB Award stands out, the main segment award in the country held since 1986; and the Casas do Brasil project, to rescue and preserve memory about the rich diversity of living in the country.