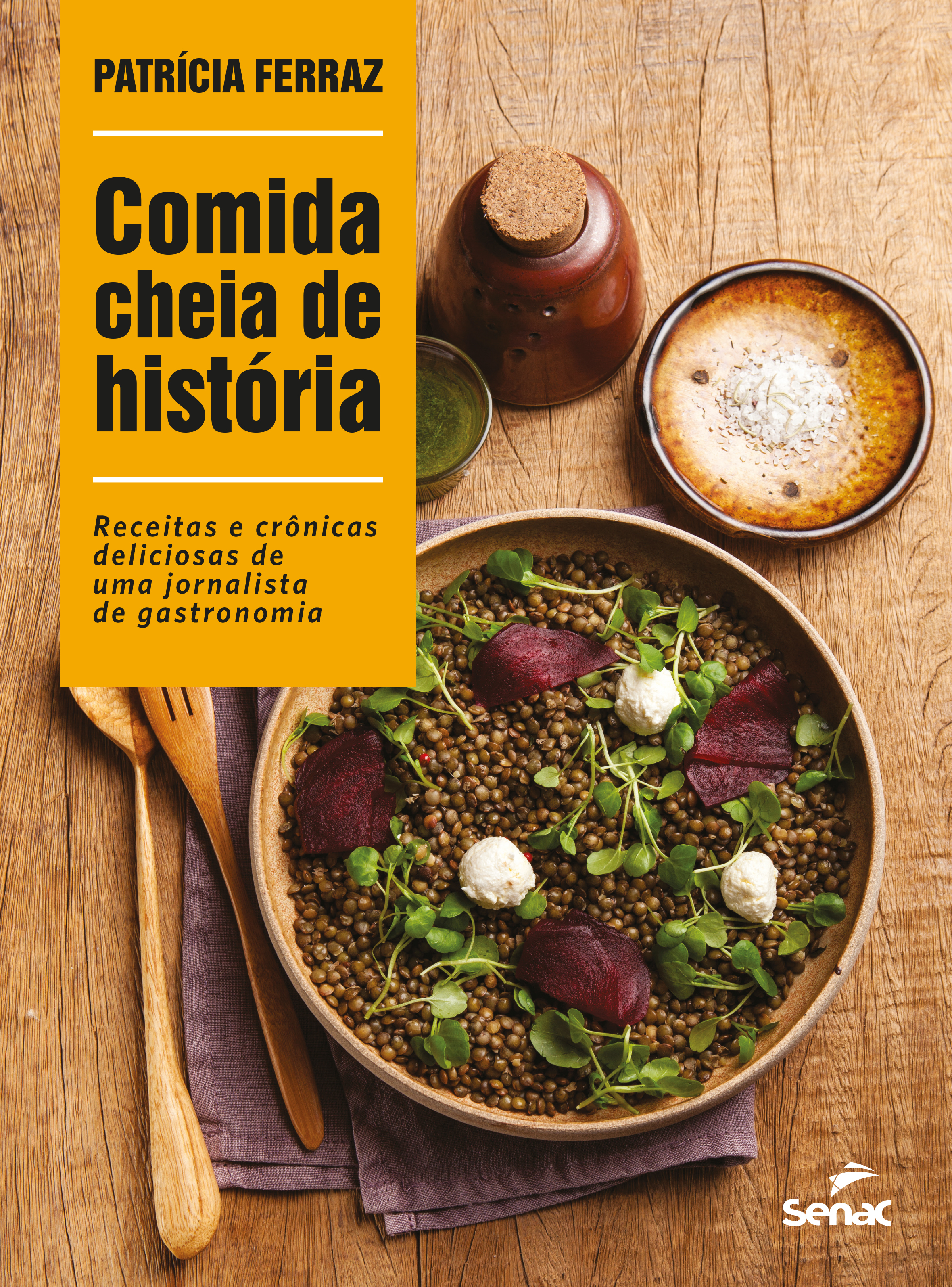 The journalist specializing in gastronomy Patrícia Ferraz is a collector of stories. Now, some of his experiences over 20 years of interviews with chefs and celebrities, travel and restaurant visits are told in unheard-of and entertaining chronicles in his first book Foods Full of History | Delicious recipes and chronicles of a journalist of gastronomy, which arrives with the seal of Editora Senac São Paulo. The work will be launched on Thursday, December 5 at 6:30 pm, at the Museu da Casa Brasileira (MCB), an institution of the Culture Secretariat of the State of São Paulo.

With a foreword by Josimar Melo, a gastronomic critic, the work joins recipes to texts showered with good conversations in a relaxed atmosphere. Throughout the more than 200 pages, Patricia not only reports her best stories, but also opens the kitchen of her own home, where all the recipes and photos of the publication were made.

“The book’s recipes are easy, even for those who do not have a kitchen or experience. And they were all tested by me, in my own kitchen, “explains the author.

The work brings recipes such as the entree of brie with garlic croutons and raspberry vinaigrette, which changed the life of chef Roberta Sudbrack; the best ceviche in the world, made by Peruvian chef Javier Wong; and British chef Gordon Ramsay’s pear tatin pie, perfect for a cold day. There is also the chocolate pie of Charlô, the favorite sandwich of Queen Elizabeth, among others. Big names in national and international cuisine become characters in a narrative to whet the appetite.

Divided into the conventional categories (appetizers, appetizers, soups, salads, pastas, grains, meats, fish and poultry, sandwiches and desserts), the book has a thematic index so the reader can be inspired by the occasion, of ease (not of difficulty!) and time of year. There are even tips and tricks to ensure revenue success.

Tailor-made for those who love cooking and welcoming friends for good conversation around the table, Food Full of History | Delicious recipes and chronicles from a gastronomic journalist is the perfect book to discover flavors full of meanings and stories.

About the author
She is a journalist and postgraduate in gastronomy. Since 2008 she is the editor of Paladar, the gastronomy platform of the newspaper O Estado de S. Paulo, which includes the weekly supplement, the website and social networks. She was editor of Revista Gula for ten years and a reporter at Jornal da Tarde, a pauteira and assistant director of reporting in the journalism department of Rede Globo, in São Paulo. Food Full of History | Delicious recipes and chronicles of a gastronomic journalist is her first book.

About The New York Times
Founded in 1995 and a reference in the publishing market, Editora Senac São Paulo has an active catalog of over 1,000 books. Senac works in areas that enhance the bibliography of its courses, in addition to serving the editorial market: administration, marketing, performing arts, plastic arts, photography, social development, design, education, languages, fashion , gastronomy, computers, environment, health, tourism and hotels, among others.

About the Brazilian House Museum
The Museu da Casa Brasileira, an institution of the São Paulo State Department of Culture, is dedicated to the preservation and diffusion of the material culture of the Brazilian house, being the only museum in the country that specializes in architecture and design. MCB’s program includes temporary and long-term exhibitions, with an agenda based on debates, lectures and publications that contextualize the museum’s vocation for the formation of critical thinking in themes such as architecture, urbanism, housing, creative economy, urban mobility and sustainability. Among its innumerable initiatives, the MCB Design Prize, the main award of the segment in the country, made since 1986; and the Casas do Brasil project, to rescue and preserve memory about the rich diversity of the country.