The Museu da Casa Brasileira, an institution of the Secretariat of Culture and Creative Economy of the State of São Paulo, opened in partnership with Harvard University, the exhibition ‘Ecological Urbanism 2020’ which celebrated the launch of the book ‘Ecological Urbanism in Latin America’ which it took place in March 2020 and presents a synthesis of the publication, highlighting proposals from the city of São Paulo, Colombia and Mexico City, among others.

The exhibition featured original models and drawings that explore its content, expanding its reach to different audiences, inserting it in a critical and interactive way in the cultural, environmental and political context of Brazilian cities.

The Harvard University Graduate School of Architecture initiative tried to demonstrate imaginative and practical methods to address climate change and sustainability in the urban environment, understanding ecology as an ethical and political project that embraces the environment, not just how physical reality, but also in terms of social relations and human subjectivity. 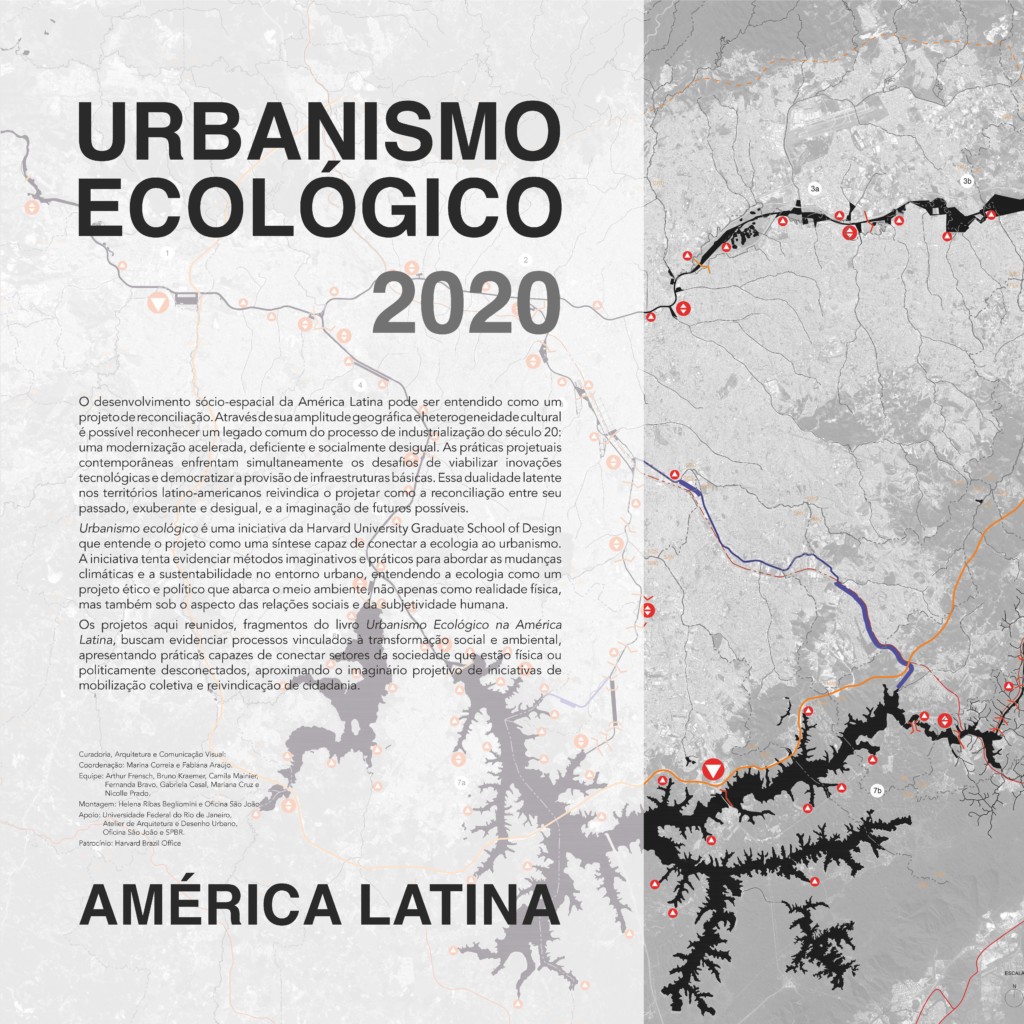 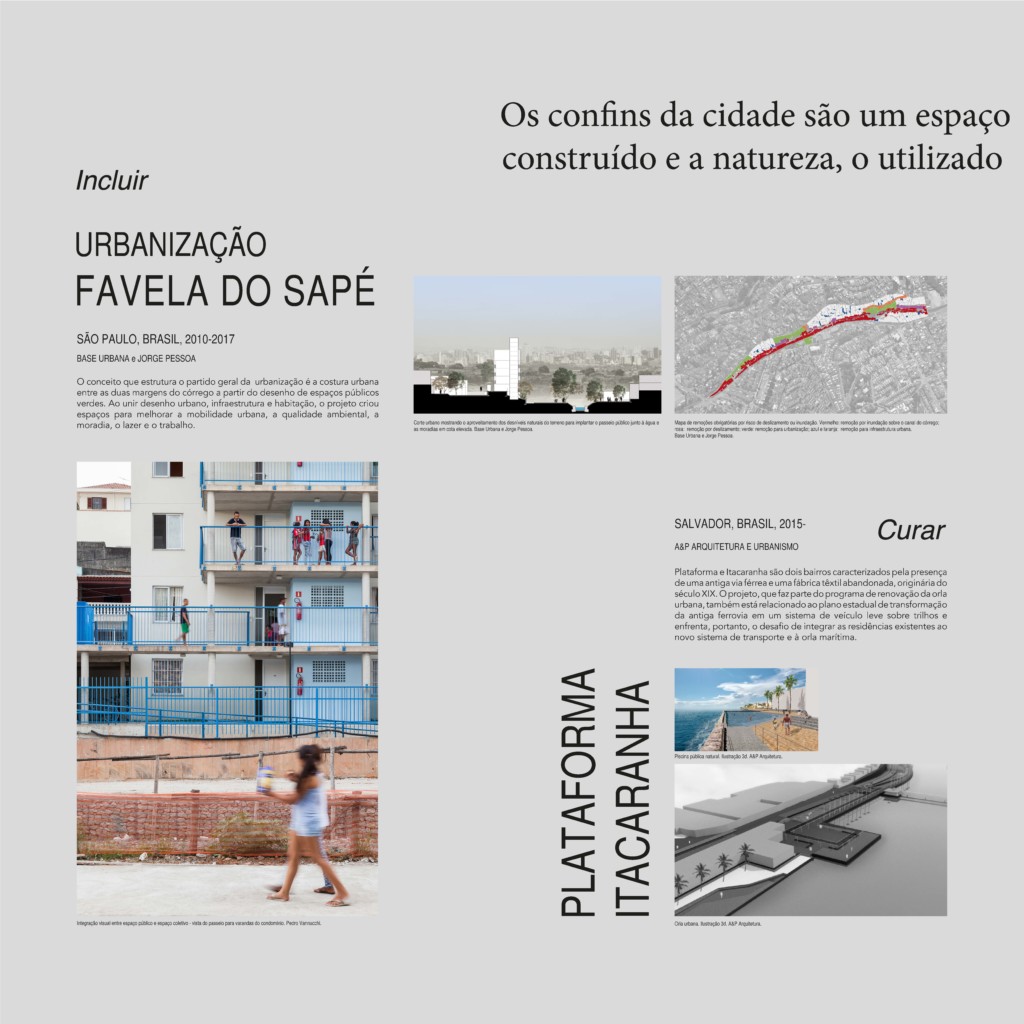 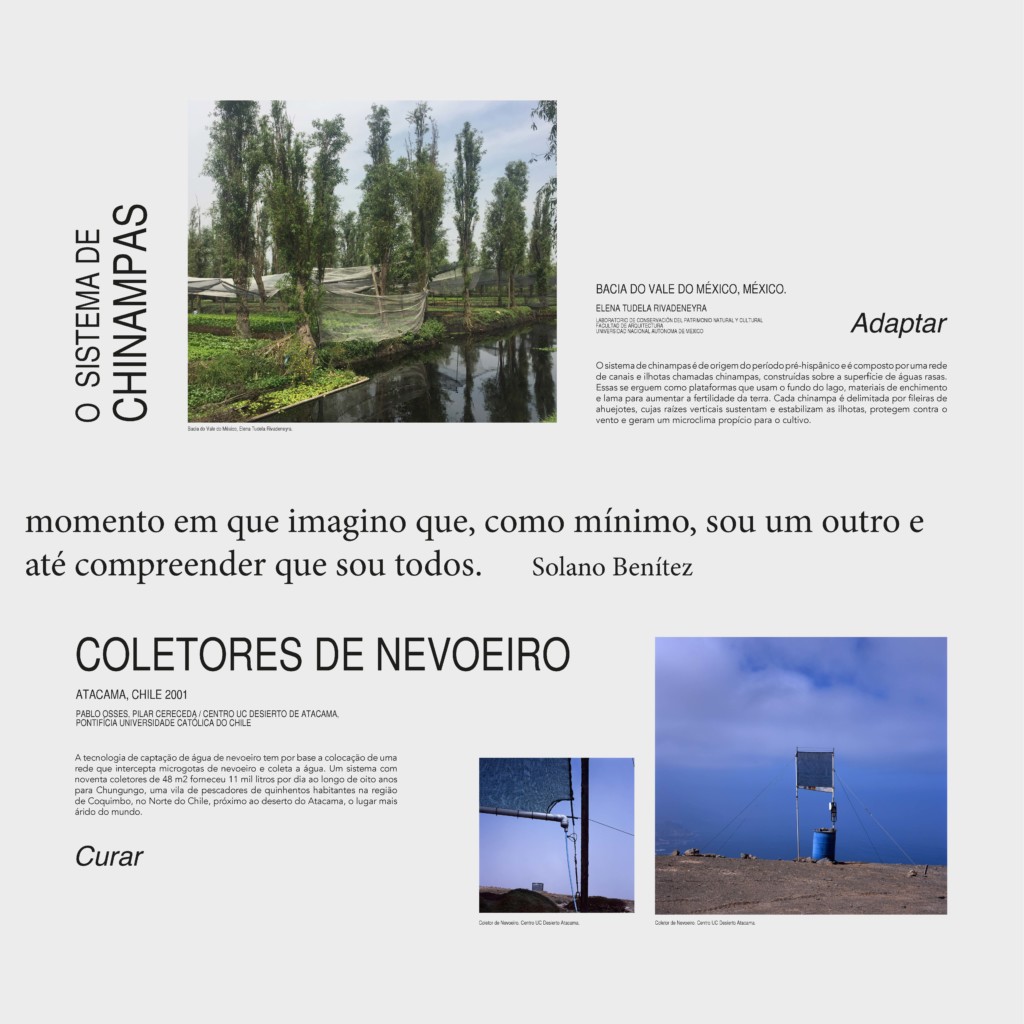 In 2014, the first volume of ‘Ecological Urbanism’ was published in Spanish and Portuguese, a compilation of two texts that emerged from the line of research and urban development. O emergence of the volume carrying a series of encounters and debates in various countries of Latin America and a set of tests and works are gathered in Ecological Urbanism in Latin America.

In addition to the exhibition, there is a special virtual program on issues related to the Ecological Urbanism theme and the projects presented at the exhibition, with the participation of Nelson Brissac, Shundi Iwamizu and Marina Correia, among others. The bat-papos will happen as a mission to disseminate the contents presented in an interactive and current way, for the public throughout the duration of the exhibition.

The exhibition curator, architecture and visual communication was by Marina Correia and Fabiana Araújo, architects graduated from the Harvard University Graduate School of Architecture. 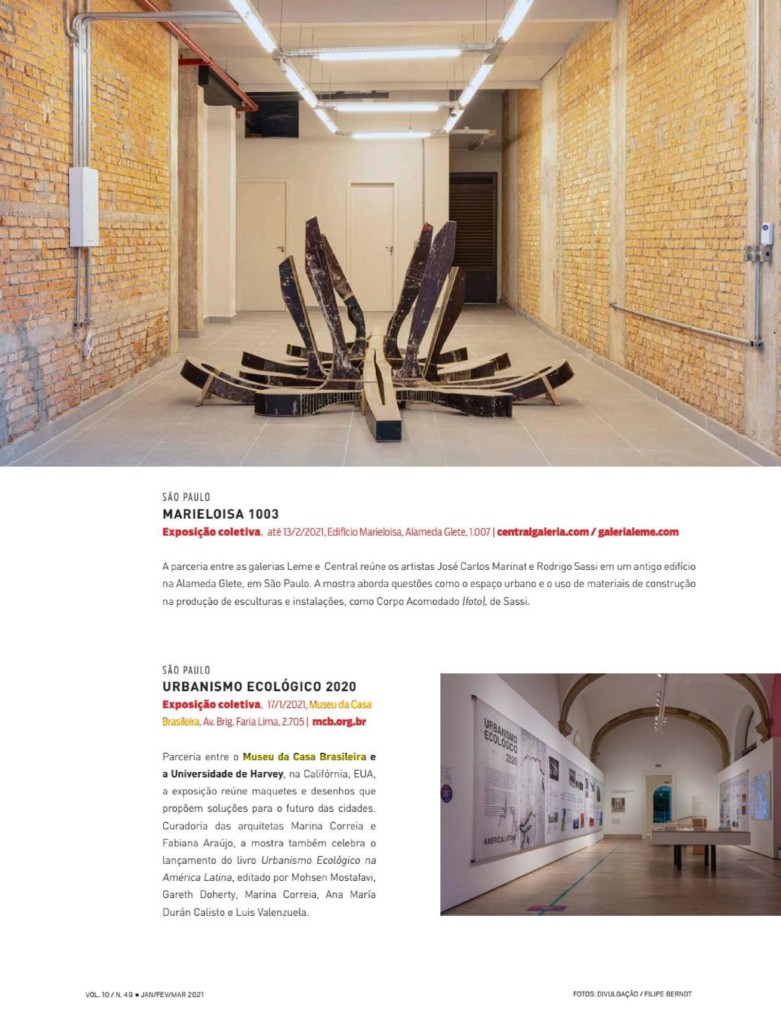 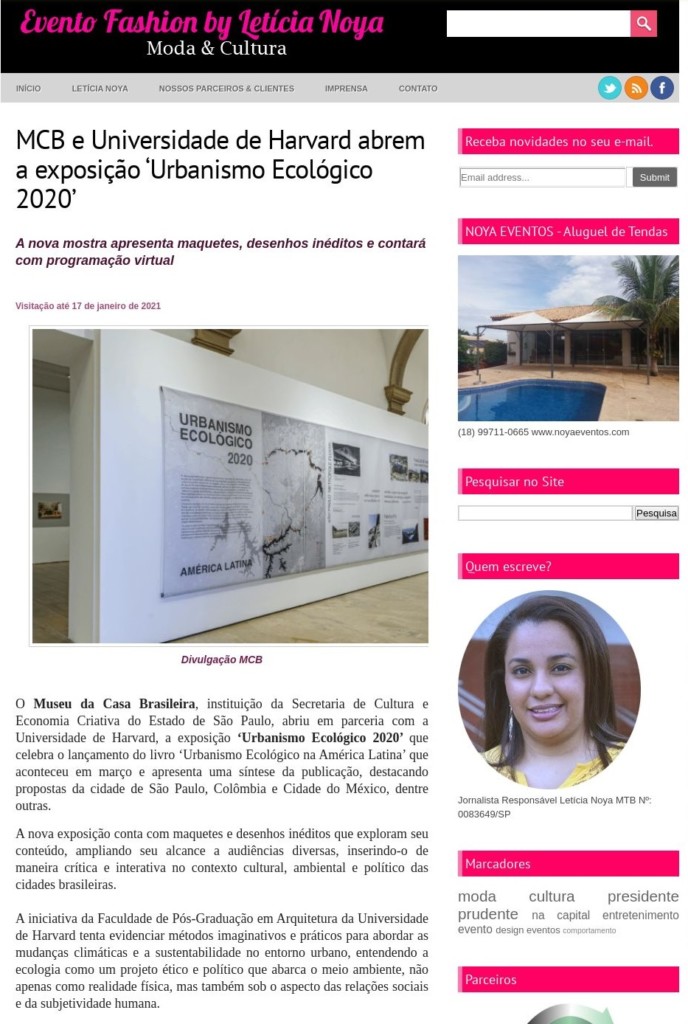 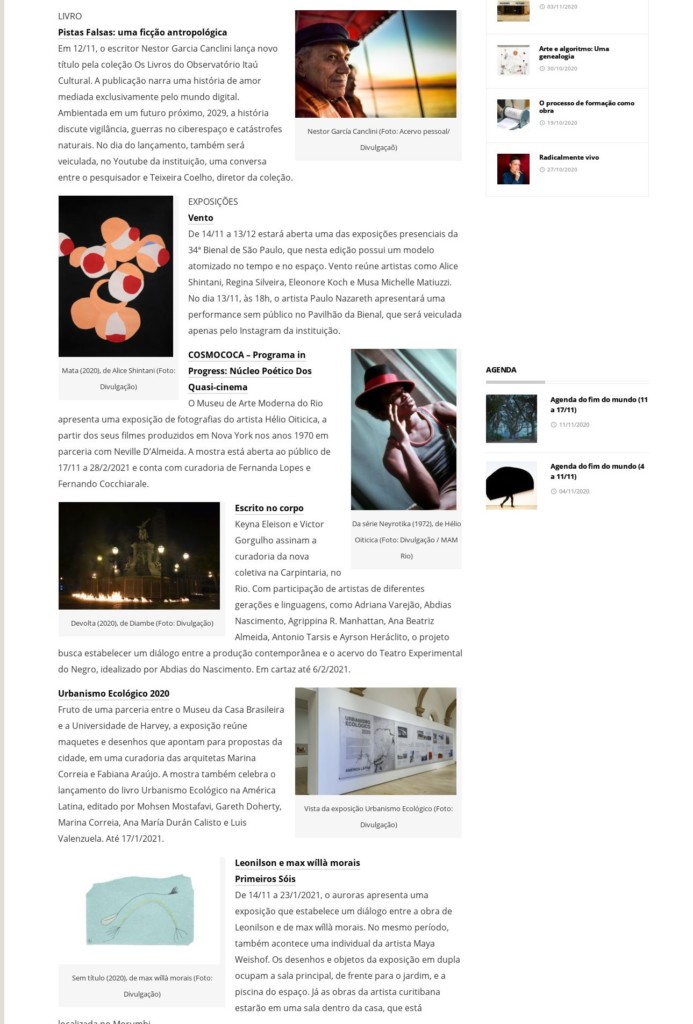 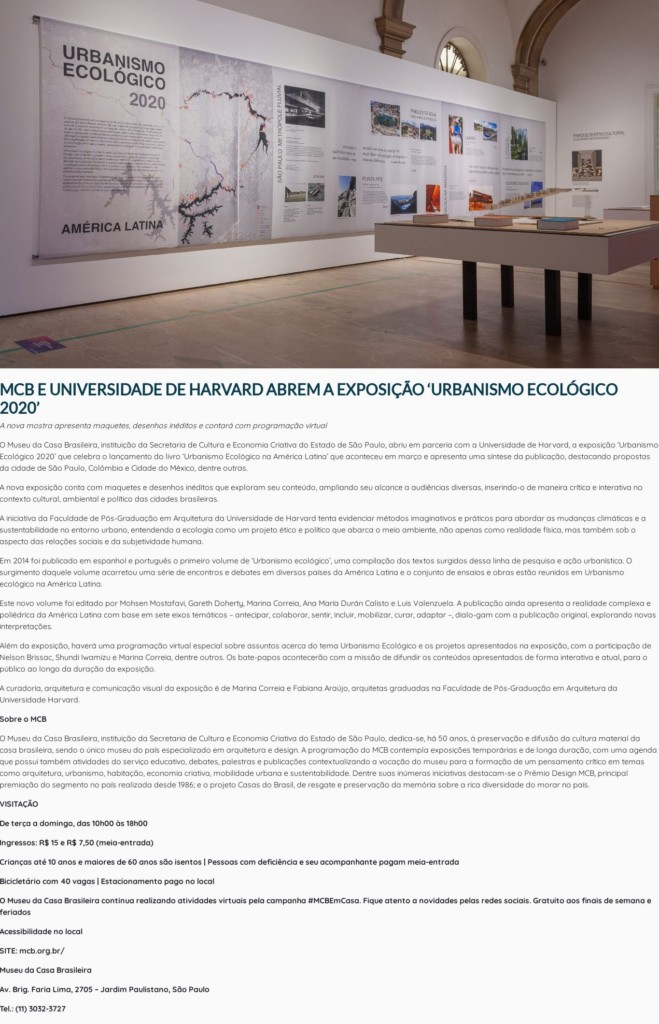 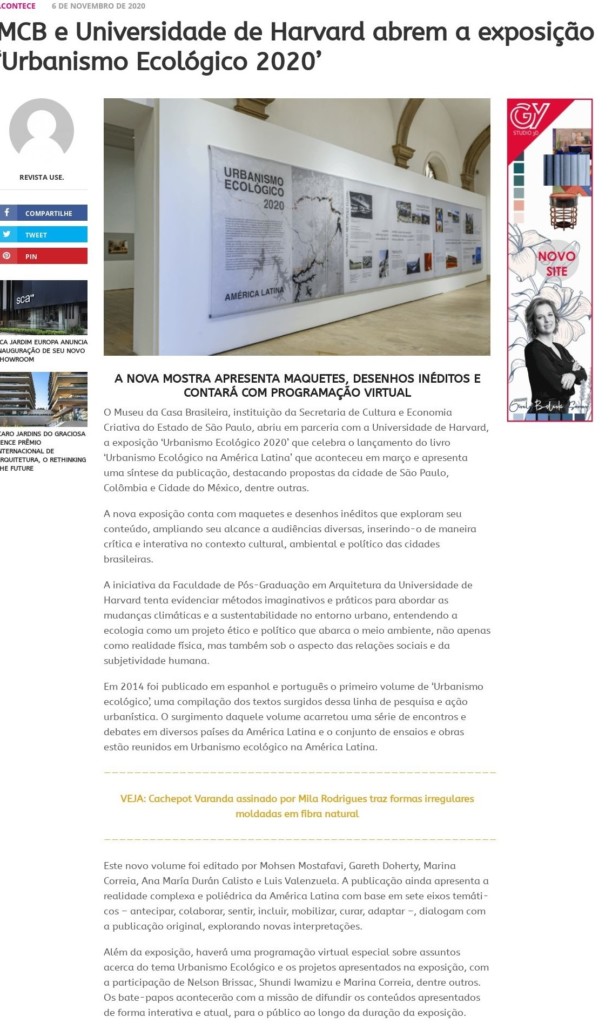 Envelope or MCB
The Brazilian House Museum, institution of the Secretary of Culture and Creative Economy of the State of São Paulo, is dedicated to the preservation and diffusion of the material culture of the Brazilian house, being the only museum in the country specialized in architecture and design. The MCB program includes temporary and long-term exhibitions, as an agenda that also includes educational service activities, debates, lectures and publications, contextualizing the museum’s vocation for the formation of a critical thought on topics such as architecture, urbanism, housing, economics. creativity, urban mobility and sustainability. Among its many initiatives, we highlight the MCB Design Award, the main award for the non-country segment carried out since 1986; e o Casas do Brasil project, of resgate and preservation of memory about a rich diversity of living in a country.