On display from September to November 2015.

The Museum of the Brazilian House held, between September 15 and November 8, 2015, the exhibition Tapas: Spanish design for gastronomy, produced by Acción Cultural Española (AC / E) curated by designer and architect Juli Capella. The show, which has the support of the Spanish Embassy and the Consulate General of Spain in São Paulo, explored the interaction between design and gastronomy, two creative disciplines that are experiencing a recent boiling moment in Spain. Described as “a spectacle of imagination and talent at the service of the palate”, it presented some traditional icons of Spanish design for food along with about 250 more recent objects, used in the preparation and to serve meals, designed or manufactured in Spain in the last decades.

As part of the exhibition, the Spanish Embassy, ​​the Consulate General of Spain in São Paulo and Turespaña, with the support of “Marca Espanha”, organized a series of events related to tapas during the month of October, as well as tastings of Spanish wines, among which is the “Tapas Week”, which took place between the 22nd of October, ¨Dia Mundial da Tapa¨, and the 2nd of November in several restaurants in São Paulo.

Check the records of “Tapas Week” held in October at the Museu da Casa Brasileira: 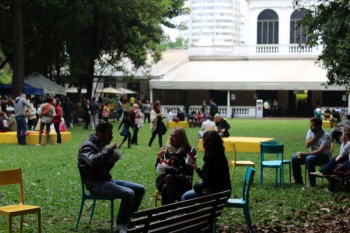 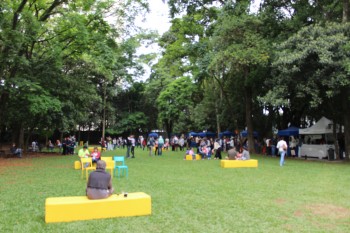 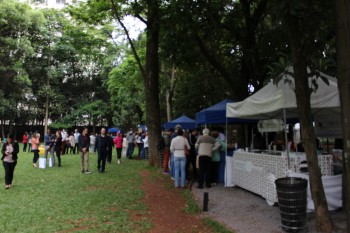 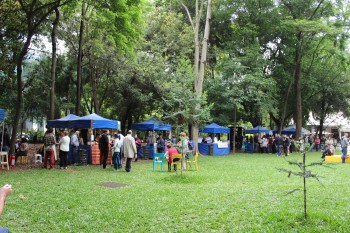 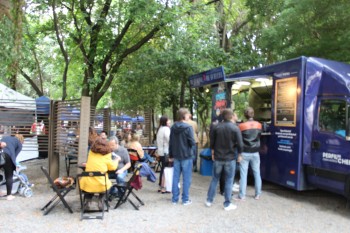 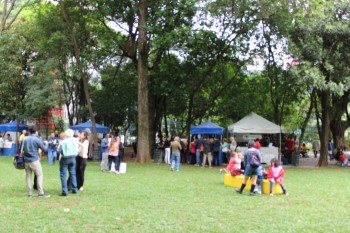 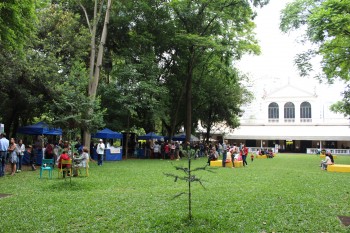 Unprecedented in Brazil, the Tapas show has arrived in São Paulo from Madrid, after traveling through Tokyo (Japan), Miami, Washington and Albuquerque (United States), Seoul (South Korea), Toronto (Canada), Ljubljana (Slovenia), Guanajauto and México DF (Mexico). Curated by Catalan architect and designer Juli Capella, who already presented in São Paulo the exhibition “300% Spanish design” at SESC Av. Paulista in 2009, the show highlighted the contributions of design in gastronomy from three modules: cuisine, preparation and its utensils; table, objects for tasting meals; and food, the very design of food. Traditional utensils reworked by young designers were on display; audiovisual material with a selection of restaurants recognized for their interior projects and Spanish wineries that stand out for their architecture, designed by Frank Gehry, Zaha Hadid, Santiago Calatrava and Rafael Moneo; in addition to a collection of one hundred bottles of wine, characterized by the special design of their labels.

Check the records of the opening of the exhibition: 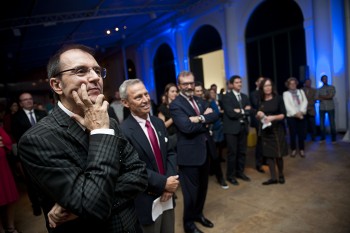 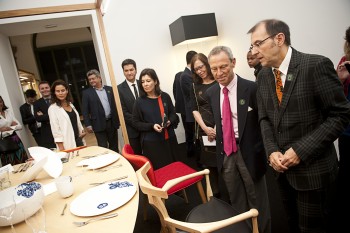 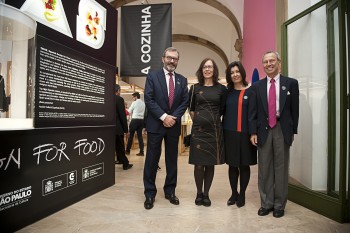 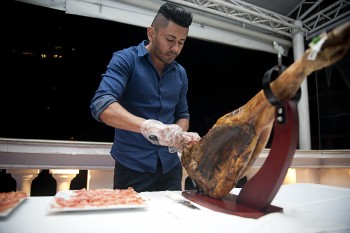 “Tapas are typically Spanish. It is a way of eating small portions, mixing different flavors. This show is called Tapas because it offers a small tasting of everything that comprises the universe of food in Spain from the perspective of design, in the kitchen, on the table , in wineries, on wine and product labels. The exhibition pays homage to the origin of the word ‘tapa’ for which many theories have been written, none of which has been proven, one of which explains that when you asked for a wine, you covered the glass with a slice of bread or a sausage to prevent the entry of dust or insects. It would be to ‘cover’, hence the name ”, explains curator Juli Capella.

Tapas addresses the universe of gastronomy in Spain mainly in the last 25 years, while including references to Iberian gastronomic history, such as the typical Spanish paella and the traditional moringas (“la bota” and “el botijo”), great for sharing drinks hygienically. Avant-garde and modern aspects are also presented with some of the objects created exclusively for high-level restaurants such as El Bulli, by chef Ferrán Adriá; El Celler de Can Roca, by brothers Joan, Josep and Jordi Roca; and Mugaritz, by chef Andoni Luis Aduriz.

“Cooking is about making dishes,” says Catalan chef Ferran Adrià, a pioneer in the inclusion of industrial designers in gastronomy and in the development of exclusive forms of presentation, while defining the content and the container. This unique creative interaction between cuisine and design has become one of the country’s emerging resources with the greatest international projection in gastronomy.

The three modules of the Tapas exhibition:

Kitchen
It is the workplace, a laboratory in which functionality and aesthetics converge. A place present in the house and in the restaurant, in which there is no lack of utensils, appliances, containers and furniture that are used to prepare food, such as frying pans, cutlery and other tools for handling, processing and cooking food.

Table
Social space where you can taste and share food and drink, at the table we can enjoy an authentic universe of objects developed for the presentation of food and its tasting. Both in the domestic environment, in a restaurant, on an airplane or on a picnic in the garden, the act of eating is accompanied by a ritual that consists of objects that vary according to the circumstances, and which may include from the smallest of the salt shakers, passing by crockery, cutlery, glasses, tablecloths and furniture (tables, chairs, lamps), until reaching the architecture of the great restaurants and wineries.

Food
The section of the exhibition that presents the gastronomic raw material is divided into several environments that bring together, on the one hand, food products that present peculiarities from the formal point of view (olives stuffed with anchovies, a churro or paella, whose authorship is lost in time ) and, on the other hand, the most elaborate avant-garde techniques created by the most innovative cooks. Icons from Spain, such as Iberian ham, paella and gazpacho are present in this module of the exhibition, as well as references to the possible origins of the famous Spanish tapas.

Check out two videos by clicking below:

About MCB
The Museu da Casa Brasileira, an institution of the Secretariat of Culture and Creative Economy of the State of São Paulo that celebrates its 50th anniversary in 2020, is dedicated to the preservation and diffusion of the material culture of the Brazilian house, being the only museum in the country specialized in architecture and design. The MCB’s program includes temporary and long-term exhibitions, with an agenda that also includes educational service activities, debates, lectures and publications contextualizing the museum’s vocation for the formation of critical thinking on topics such as architecture, urbanism, housing, economics creativity, urban mobility and sustainability. Among its numerous initiatives, the Design MCB Award stands out, the main segment award in the country held since 1986; and the Casas do Brasil project, to rescue and preserve memory about the rich diversity of living in the country.