EXHIBITION | THE CITY AND ITS MARGINS

On display from September to November 2008.

With photographs and video by Elisa Bracher, the exhibition recorded dwellings in the Favela da Linha, in São Paulo, and the homes of some of its inhabitants, in the Northeast of the country: Alagoas, Bahia, Ceará, Fortaleza, Paraíba, Pernambuco and Piauí.

Sensitive work that allowed a reading of the experiences, emotions and sociability of individuals, the 70 images made in 2007, of an anthropological and social nature, capture moments when the community reveals its singularities and creativity in the shapes and colors of houses and shacks.

The show seeks to reflect on the improvised housing conditions in the metropolis, which, although precarious and made with available residues and industrialized materials, reveal expressive inventiveness of solutions.

A DVD was also shown (28:33), which documents Elisa Bracher’s visit to the families of Favela da Linha residents in 16 locations in the Northeast. 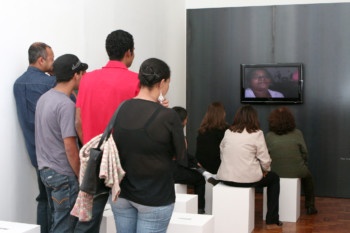 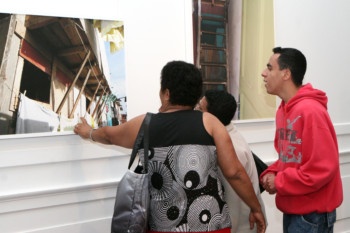 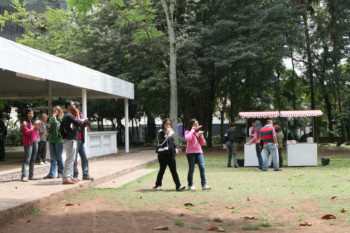 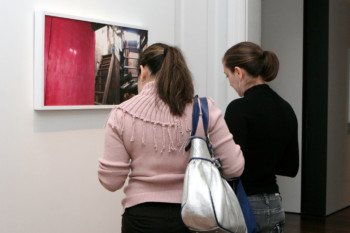 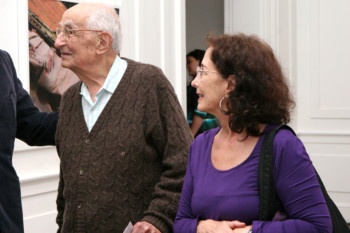 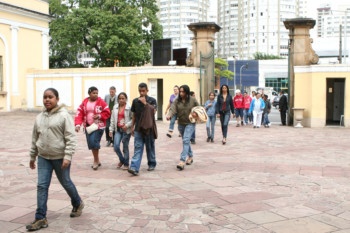 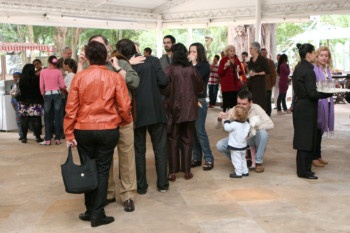 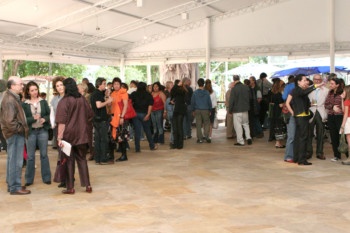 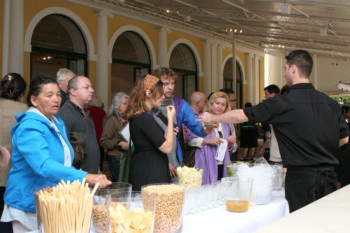 The story
During the past five years, Elisa Bracher maintained an intense bond with the residents of Favela da Linha, located in the surroundings of Ceagesp (Companhia de Entrepostos and Armazéns Gerais de São Paulo), in the Vila Leopoldina neighborhood, in São Paulo. This contact was initiated by the proximity between the community and its atelier, which started to attract the attention of the inhabitants of the region. Thus, Ateliê Acaia was created, a space for socializing and activities that, through the teaching of art, helps children and young people living in the area and their families.

Due to the growing real estate development in the neighborhood, the residents of Favela da Linha, which have occupied the space for about 40 years, have come under great pressure from construction companies and public administration to leave the place. In this context, the artist carried out a photographic survey of the houses to prove the number of resident families, as part of a movement for better housing conditions.

Favela da Linha, in São Paulo
The artist’s deep knowledge of the engraving technique gave the photographs an appearance very close to graphic prints, which go beyond mere documentary records. The result is a sensitive work, which allows a reading of the experiences, emotions and sociability of individuals, even without any of them appearing in the images.

In addition, the exhibit brought an unusual look at the favelas, which are normally seen as redoubts of poverty where the homogeneity of buildings reigns. Following the opposite path, Elisa Bracher sought to record moments when the community reveals its singularities, expressing the creativity of its residents in the shapes and colors of houses and shacks.

The study carried out in Favela da Linha gave rise to a second photo shoot, done months later, in seven states in the Northeast: Alagoas, Bahia, Ceará, Fortaleza, Paraíba, Pernambuco and Piauí. Elisa left in search of the origin of some of the migrants who inhabit the community, registering their homes in the same way. The result obtained, however, is completely different. The houses are more intact and less crowded, which allows for broader framings and the revelation of places, and even landscapes.

Check out some of the photos on display: 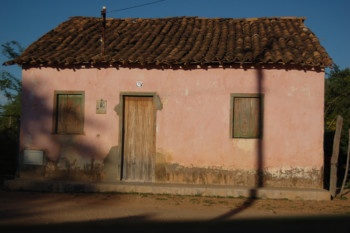 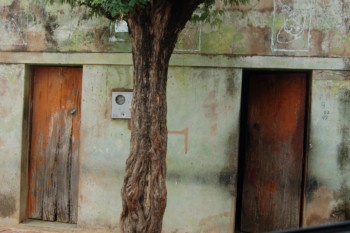 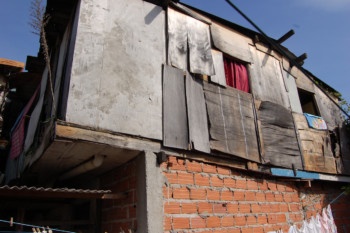 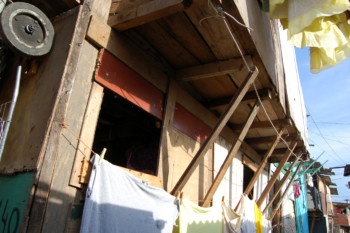 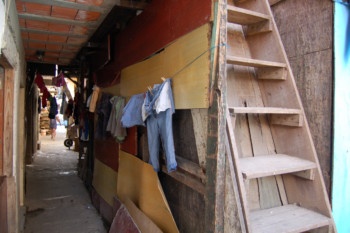 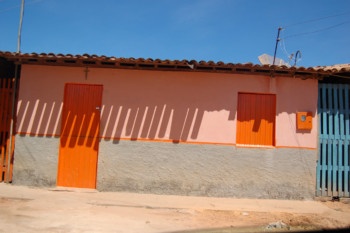 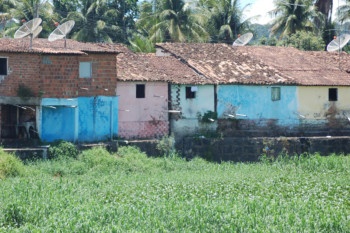 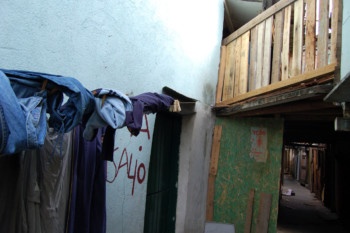 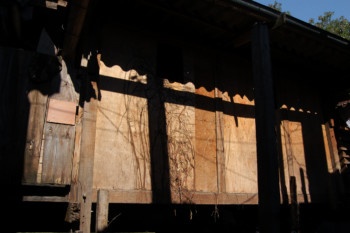 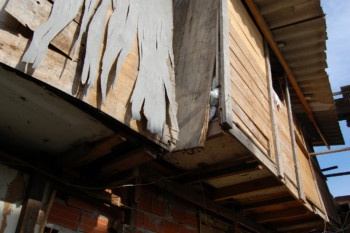 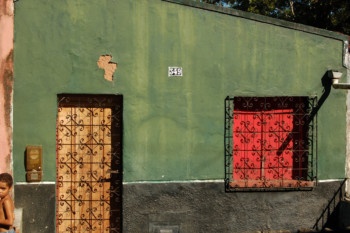 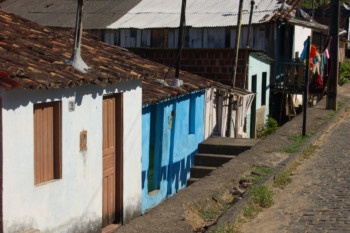 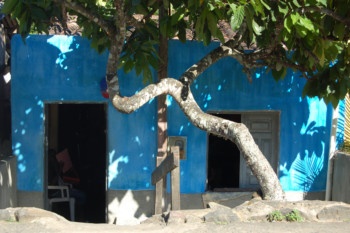 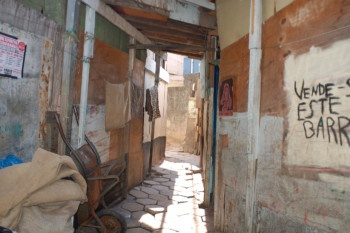 The homeland
Comparing the two series, curator Rodrigo Naves identifies a development of the work. “The fragmentation, precariousness and excessive materiality of the houses in Favela da Linha do not survive anything that gives them shelter and cultural support,” he says. “Apart from any pretense of erudition or culturalism, Elisa was able to see with more realism how the unity of our social life is fundamentally made up of rough and discontinuous relationships”.

The artist
Elisa Bracher (43) is a sculptor, engraver and draftsman. He graduated in Fine Arts from Fundação Armando Álvares Penteado (Faap), where, since 1989, he started teaching drawing and engraving. Known for her large sculptures in wood, metal and stone, the artist initially emerged as an engraver in the mid-eighties. Since then, his engraving production has maintained a constant dialogue with his sculptural work.

His works are exhibited in different public places, such as the Pinacoteca of the State of São Paulo, the Cultural Foundation of Curitiba, the National Museum of Belo Horizonte, the Museum of Modern Art in Salvador and Rio de Janeiro, and the Essex University Museum, in England. Elisa Bracher has been represented by the Art Office Raquel Arnaud since 2003. Through the gallery, she held individual exhibitions in 2003 and 2006 and was part of the collective ‘Olhar Seletivo’ in 2007.