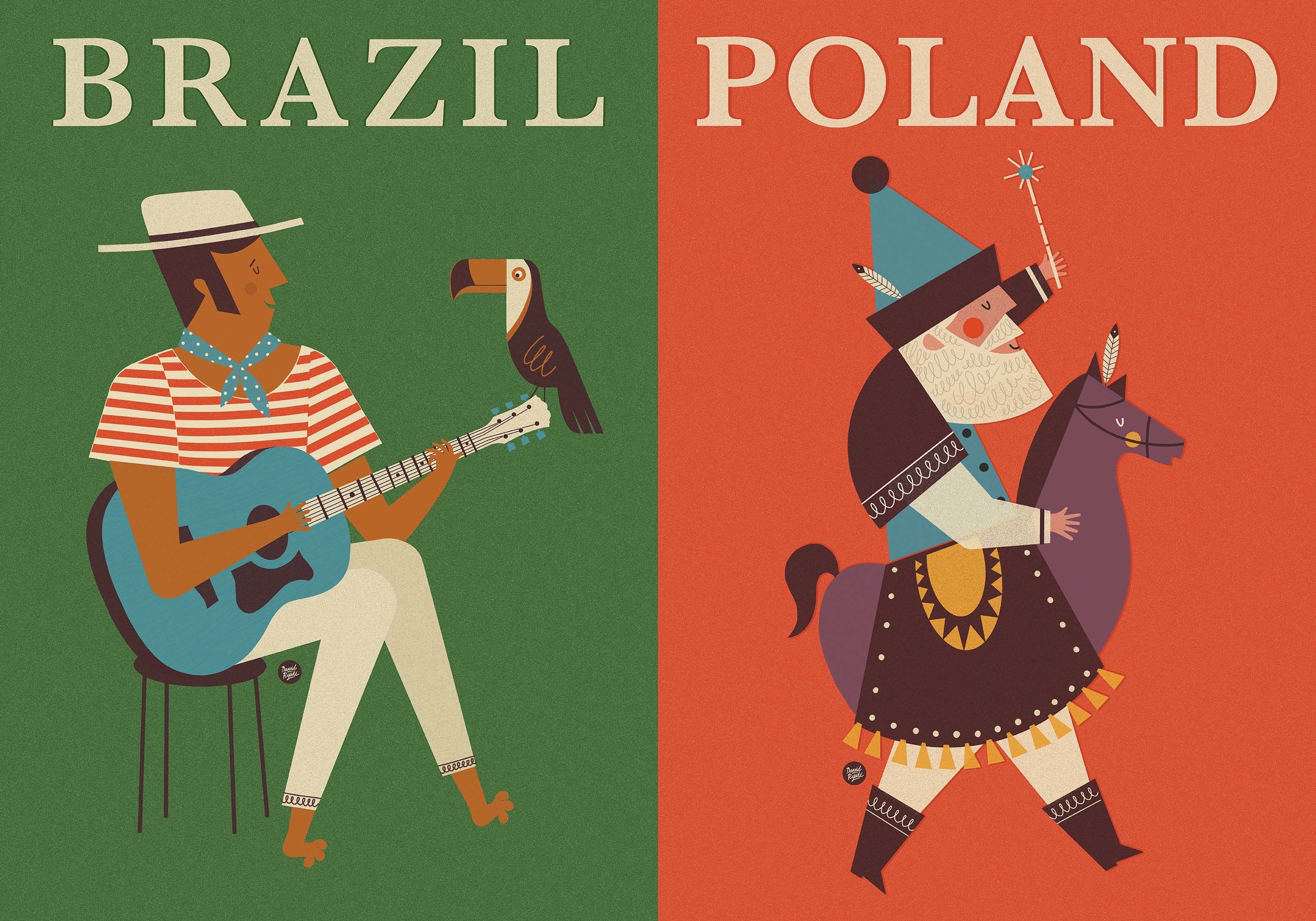 The special visit to the Dialogue Design: Poland Brazil exhibition will take place on September 6 at 3pm with Gabriel Patrocínio and Magda Kochanowska, curators of the exhibition.

To participate it is necessary to schedule by email: agendamento@mcb.org.br

During the tour, the curators will explain the main points of the exhibition and tell you the curiosities.

The exhibition, which is curated by the Polish Magda Kochanowska and Ewa Solarz and the Brazilian Gabriel Patrocínio, follows the concept of establishing parallels between the designers of Poland and Brazil. The curator explains that it was from the finding of similarities between the projecting activity of the two countries that the idea of ​​the exhibition came about, and emphasizes how close their cultures are to design. “Obviously, there are historical differences and other influences, which also reflect in the contemporary production of these nations, which led us to believe that this juxtaposition could offer a rich panorama of action and propose, at the same time, ways for an eventual collaboration between the two countries “, Comments Gabriel.

“It is as if the Brazilian house opened to the Polish house, in a cosmopolitan attitude typical of a metropolis like São Paulo, bringing in the objects of a nation that contributes to our multicultural formation,” adds Gabriel Patrocínio, curator of the exhibition.

The exhibition ‘Dialogue Design: Poland Brazil’ brings together tradition and innovation in 20 posters and 25 iconic pieces of furniture, glass and porcelain. In addition, five Polish and five Brazilian graphic designers were invited to portray two posters, one representing their home nation and the other with their vision of the second country of the show – posters that will be distributed free of charge on the opening day of the exhibition.

After a season in Brasília and another in Rio de Janeiro, the exhibition ‘Dialogue Design: Poland Brazil’ opens in São Paulo, in the Museum of the Brazilian House, in an enlarged version: it incorporates a cut with pieces by Jorge Zalszupin, Polish architect, Known for the importance of his contribution in the construction of the identity of modern Brazilian design. This selection, named after the designer, will be presented for the first time in the city of São Paulo.

Through this small exhibition, titled “JZ: Dialogue personified”, visitors will be able to know in rich detail the work of the designer, arranged in two rooms. “Zalszupin personifies the dialogue that we seek to represent the exhibition as a whole. Small but significant – almost iconic – set of nine pieces designed by him.This deserved a special segment “, explains the curator, Gabriel Patrocínio.