Museum of the Brazilian House in SP-Arte 2018 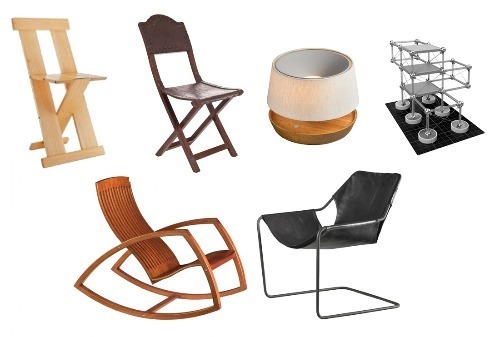 From April 11 to 15, the Museu da Casa Brasileira, an institution of the São Paulo State Secretariat of Culture, participates in the 14th edition of SP-Arte – São Paulo International Art Festival, the most important event in the sector in Latin America, with the participation of leading galleries in the arts market from 16 countries. The Museum will be present in the segment dedicated specifically to design, on the third floor of the pavilion, which will be 33 exhibitors, among specialty shops, antique dealers and independent designers.

During the five days of the event, MCB will present in its stand eight pieces, representative of the typological and temporal diversity of its collection, which includes contemporary and modern furniture and utensils. The selection expresses the effort of requalification of the collection that has been made in the last years, through the implementation of a Policy of Management of Collection based on which the institution stimulates donations of the civil society; some of the pieces received will be exposed in space. Future donations to the Museum can be made from the “Amigos do MCB” project, which is being implemented this year.

In partnership with Dpot, there will also be a living room where MCB will welcome visitors to the fair, composed of five pieces selected in several editions of the Design Award, which continue in production and marketing, as well as five written works and three copies of different categories and placements, representing the 31st edition of the award, held in 2017.

MCB catalogs will be available for withdrawal with suggested value for donation. Editora Olhares will be present selling the book “Prize Design Museum of the Brazilian House – Thirty Editions”, published in partnership with the museum, in addition to titles that were finalists or awarded in the Design Prize, or launched at MCB.

About MCB
The Museu da Casa Brasileira, an institution of the São Paulo State Department of Culture, is dedicated to the preservation and diffusion of the material culture of the Brazilian house, being the only museum in the country that specializes in architecture and design. The MCB program includes temporary and long-term exhibitions, with an agenda that also includes activities of the educational service, debates, lectures and publications contextualizing the museum’s vocation for the formation of a critical thinking in themes such as architecture, urbanism, housing, economy urban mobility and sustainability. Among its innumerable initiatives, the MCB Design Prize, the main award of the segment in the country, made since 1986; and the Casas do Brasil project, of rescue and preservation of the memory about the rich diversity of living in the country