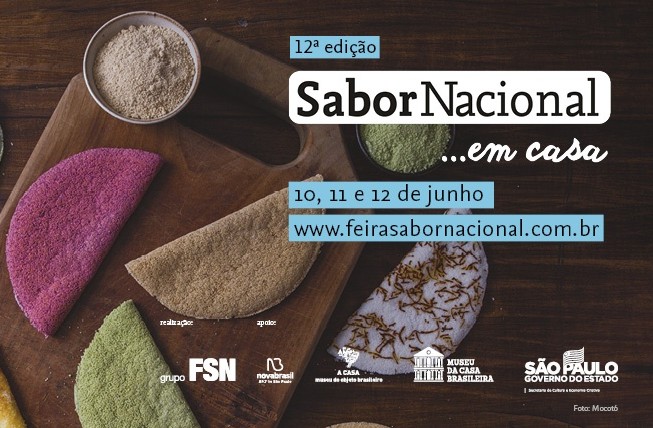 In this edition of the event, you will find delicacies such as pumpkin candy, cornmeal cake with guava, peanuts, as well as creative preparations specially developed by the exhibitors, such as: pasta with corn, peanut chocolate, popcorn, cake and paçoca meringue, liqueur cachaça, tapioca flour from Mocotó and much more. Two options of selected product boxes will be available for sale and delivery in cities in the interior of São Paulo and other capitals in Brazil.

Single shipping: to be calculated according to the ZIP Code.

Learn more about the event through the channels:

The FSN Group was created in July 2015 with the purpose of discovering small producers in the gastronomic area, publicizing their work and recipes and bringing them closer to the final consumer, promoting constant and conscious consumption. We have held the Feira Sabor Nacional since June 2016, quarterly at the Museu da Casa Brasileira, and other editions at the Pinacoteca, Avenida Paulista, city squares and now the online editions. The work is developed from the professional experience of its founders, entrepreneurs Claudia de Castro Mello, Elson Reys, José Roberto Giffoni and Reginaldo Okazaki de Freitas.