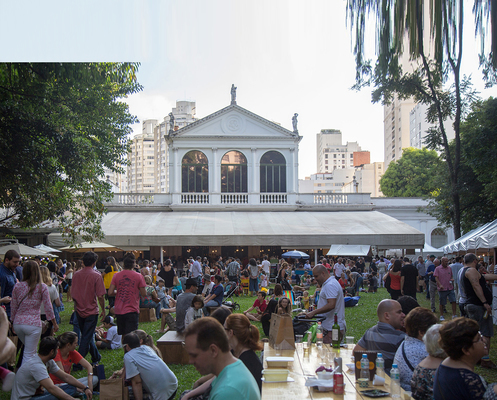 The FSN Group and the Museu da Casa Brasileira, an institution of the São Paulo State Secretariat of Culture, unite to hold the 6th edition of the National Flavor Fair. With the aim of making visitors reflect on the different flavors of Brazil, the gastronomic fair of small national producers will take place on the terrace and garden of the Museum with 90 exhibitors, food court and free workshops, on the 24th and 25th (Saturday and Sunday) , from 10 am to 8 pm and free admission.

The National Sabor Fair will be two years in July and is already considered one of the main gastronomic events in São Paulo. According to the FSN Group, the event attracts about 9 thousand people, generating several businesses.

“The fair has several attractions, but one of them is certainly the amount of news that visitors can check in two days. Besides the new products at each booth, you can also check their stories, full of flavor and affection, “explains Elson Reys, one of the founders of the FSN Group.

The curatorship brings, each edition, a mix of innovation and originality, which reflect the directions of gastronomy. This year, for example, the food court will have a variety of food and drink options: from the sandwich to the acarajé, from the northeastern dishes to the cheese bread, from cachaça to coffee.

Another novelty of the 6th edition of the National Sabor Fair is the MCB’s Educational Workshop that will discuss PANCs (Non-Conventional Food Plants) and will take place in the museum garden, identifying several species. In addition to this, other workshops are planned by the fair, such as confection and customization of recipe book and crochet class, where visitors will learn how to cook.

“The MCB values ​​initiatives such as the Feira Sabor Nacional, which creates opportunities for access to small producers. We have other fairs planned in our programming throughout the year that encourage artisan production and the entrepreneurs of the Brazilian creative economy, “says Miriam Lerner, director general of the museum.

Check below list of exhibitors, food court and complete programming:

Assemble and customize your own cookbook – KikaPS Papers

– Day 24/03, Saturday, from 10h to 12h and 14h to 16h
MCB Education and the ateliers of the workshop Oquecabeaqui: Alê Contocani, Bia Cortés and Zá Szpigel will offer a painting workshop with natural pigments produced from vegetables and herbs for children from 4 to 10 years.

Assemble and customize your own cookbook – KikaPS Papers

About the FSN Group

The FSN Group was created in July 2015 with the proposal of discovering small producers in the gastronomic area, publicizing their works and revenues and bringing them closer to the final consumer, fostering constant and conscious consumption. The work is developed from the professional experience of its founders, entrepreneurs Elson Reys, José Roberto Giffoni, Reginaldo Okasaki de Freitas and Claudia de Castro Mello.