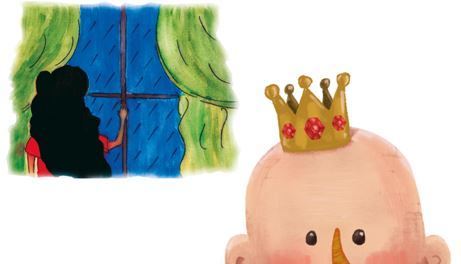 On Children’s Day, the Museu da Casa Brasileira, an institution of the State Culture Secretariat, managed by Civil Society through The House Museum of Brazilian Arts and Artifacts, presents a special program, starting at 10am, with free admission. The National Reading Day is also celebrated on October 12 and, to celebrate both dates, three children’s books will be released at MCB.

The day will begin with the workshop “Contacting: the stories of the underground”, from 10:30 a.m. to 12 a.m., in the Museum garden, developed by MCB Education and Potatoes Jardineiras (a group that participates in the Quintal Aberto residence, which takes place in the institution’s garden) . In the activity, participants will closely observe the breeding of soil fertile by earthworms and invent stories and adventures of the passages of these and other creatures in their holes and tunnels, full of mystery, darkness and transformation. No prior registration is required.

From 1:00 p.m. to 3:00 p.m., she will begin the book launch series, with “A Fazedora de Sonhos” and “Conversa com a Rain”, by the author Bethânia Farias, who will tell the children some of these stories. The first publication is about a lonely girl and lady, who live in a place taken over by buildings, but an old house at the end of the street leads them to start an adventure full of discoveries. The other work is a poem that plays with what causes fear – in this case, the rain – and how it is possible to face what it blocks or paralyzes.

Then, from 4:00 p.m. to 6:00 p.m., the author Thiago Franco and the illustrator Alisson Ricardo release “The Bald King”. With colorful illustrations, the book tells the story of a young king who had no hair and therefore was ashamed and thought he could not make friends. The author will also narrate the book for those present.

In addition to the workshop and the launches, children and their parents or legal guardians will be able to check the exhibitions on display. Artisanal Industry – atelier oï, Peculars, Remnants of the Atlantic Forest & MCB Collection, The House and the City – Crespi Prado Collection and Our panel Home. In the garden, there will also be food bikes for family meals.

Programming:
– From 10 a.m. to 6 p.m.: Indústria Artesanal – atelier oï, Peconheiros, Remanescentes da Mata Atlântica & Acervo MCB, A Casa e a Cidade – Coleção Crespi Prado and the panel Nossa Casa.
– From 10:30 a.m. to 12 a.m.: Workshop “Contacting: the stories of the underground”, Educativo MCB.
– From 1:00 p.m. to 3:00 p.m.: Launching of the books “A Fazedora de Sonhos” and “Conversa com a Chuva” by  Bethânia Farias and storytelling.
– From 4:00 p.m. to 6:00 p.m.: Launching of the book “O Rei Careca” and storytelling with the author, Thiago Franco.
Free entrance