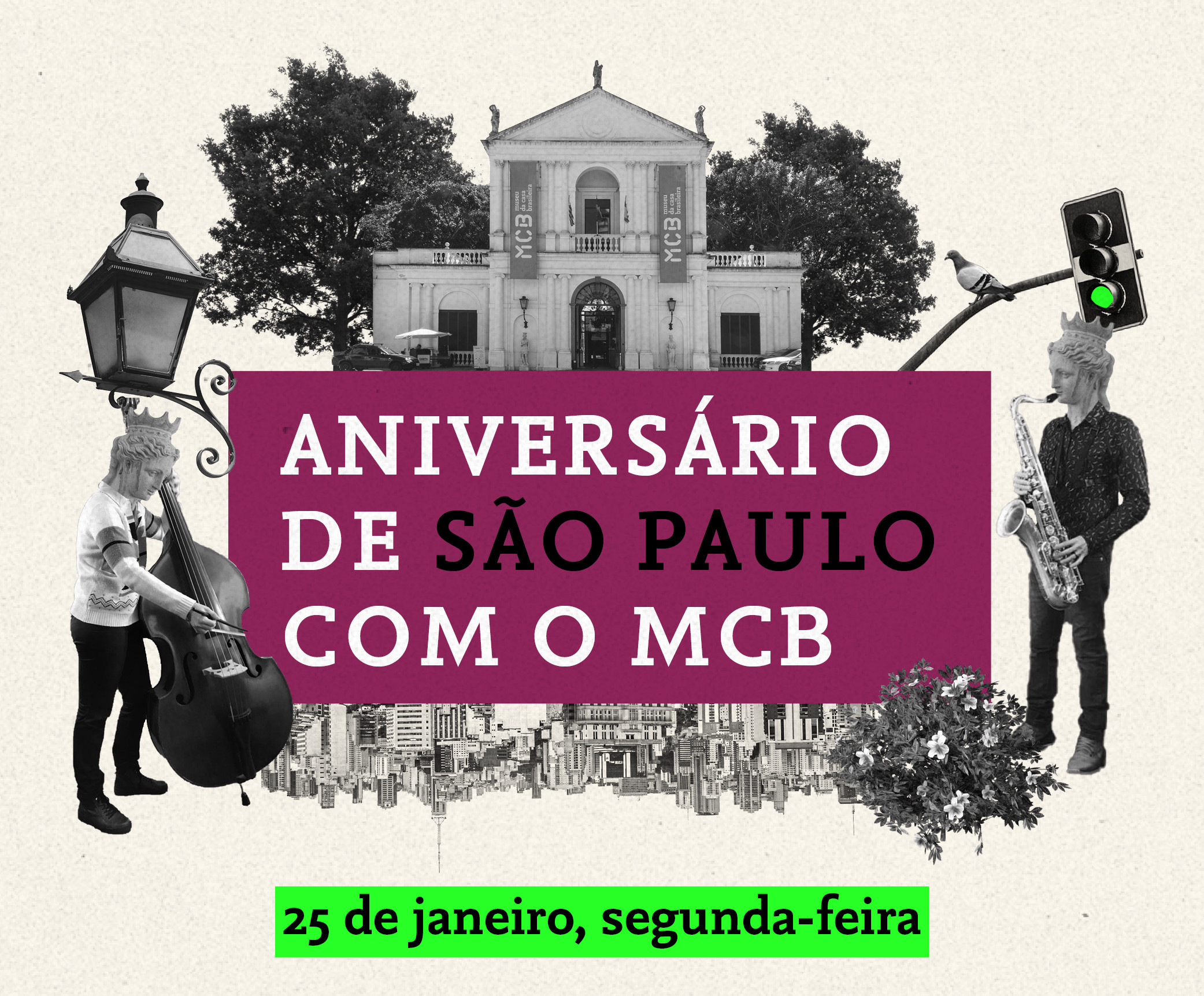 The Museu da Casa Brasileira (MCB), an institution of the Secretary of Culture and Creative Economy of the State of São Paulo, will promote a special virtual program to celebrate the 467th anniversary of the city of São Paulo on January 25, 2021.

The celebration will feature an online drawing workshop conducted by Educativo MCB based on listening to music and reflecting on the São Paulo imaginary, in addition to the dissemination of new posts featuring items from the MCB collection that honor the city and a partnership with the Mundana Refugi and orchestras. ECA / USP Chamber Orchestra (OCAM).

What object is that? – Special anniversary edition of São Paulo
January 25th, Monday, at 10am
There are many possible perspectives and perspectives when thinking about the capital that awakens images, memories, affections and desires in the São Paulo imaginary. And “São Paulo” is the motto for the next workshop held by Educativo MCB in this commemorative edition.

Launch of the video clip “Raízes profundas”
January 25, Monday, at 4 pm
On the anniversary of the “land of drizzle”, OCAM launches the video clip “Raízes profundas”, made in partnership with the Mundana Refugi Orchestra. The project is the fourth video conceived by OCAM’s artistic director, Gil Jardim, during the pandemic and social isolation, and is marked by the audiovisual direction of Anderson Penha. The event has institutional support from the Museu da Casa Brasileira (MCB) and also focuses on the diversity of peoples that inhabit the city of São Paulo.

Influence of the city of São Paulo on the MCB Collection
January 25, Monday, from at noon
Many MCB pieces have their origins in São Paulo, but some have special relations with the city; this is the case of the “Paulistano” and “São Paulo” chairs, named in honor of the São Paulo capital and winners of the Design MCB Award in the years 1986 and 1987, respectively.
In addition to the physical pieces, the Ernani Silva Bruno Archive is an immaterial collection of the MCB that is essential for research and understanding of Brazilian materiality. With 28,900 records, the archive has 10,000 mentions of São Paulo and São Paulo cities.
Two posts published over the 25th of January, Monday, detail the importance of these items for São Paulo.

Posts about the influence of São Paulo in the MCB Collection
January 25th, Monday, noon
Available throughout the day on Facebook, Instagram, Twitter and Linkedin of the Museu da Casa Brasileira

About MCB
The Museu da Casa Brasileira, an institution of the Secretary of Culture and Creative Economy of the State of São Paulo, has been dedicated, for 50 years, to the preservation and diffusion of the material culture of the Brazilian house, being the only museum in the country specialized in architecture and design . The MCB’s program includes temporary and long-term exhibitions, with an agenda that also includes educational service activities, debates, lectures and publications contextualizing the museum’s vocation for the formation of critical thinking on topics such as architecture, urbanism, housing, economics creativity, urban mobility and sustainability. Among its numerous initiatives, the Design MCB Award stands out, the main segment award in the country held since 1986; and the Casas do Brasil project, to rescue and preserve memory about the rich diversity of living in the country.

VISITATION
Tuesday to Sunday, from 10 am to 6 pm
Tickets: R $ 15 and R $ 7.50 (half price)
Children under 10 and over 60 are exempt | Disabled people and their companion pay half-price
Free on weekends and holidays
On-site accessibility
Bike rack with 40 spaces | Paid on-site parking