Lectures of the exhibition Design Aerodinâmico – Metáfora do futuro 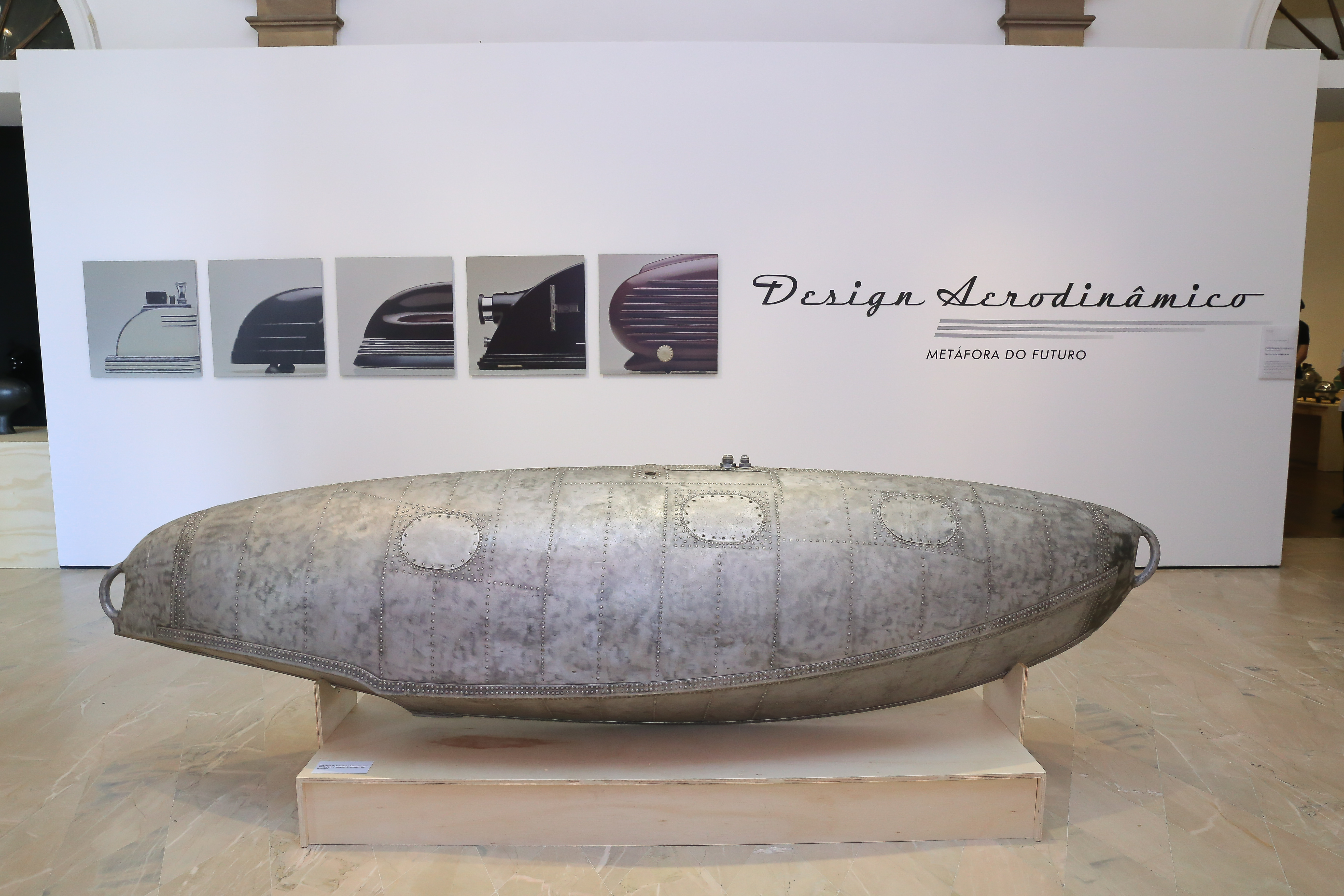 The Museu da Casa Brasileira (MCB), an institution of the São Paulo State Secretariat of Culture, will promote a series of lectures during the Aerodynamic Design – Metaphor of the Future exhibition, with curator Patricia Fonseca and collector Giacomo Favretto.

On the 9th, the theme will be “The streamline and the appliances”; will be commented on the work of the four professionals who can be considered the first professional designers and have become exponents of the style: Raymond Loewy, Henry Dreyfuss, Walter Dorwin Teague and Norman Bel Geddes; 23rd, the debate will be around the fairs of Chicago and New York – where the Futurama, immense model of a city of the future was installed; and on the 29th, the central subject will bring the influence of the streamline in graphic design.

The streamline emerged in the United States as a response to the economic crisis of 1929. In 1933, because of the regulation of consumer goods prices, industrialists incorporated designers into the factory production lines and this made the products have a new differential in the consumer market. Researches made since the late 19th century, covering the application of aerodynamic principles in vehicles such as trains and aircraft, began to extend to virtually all product segments. Regardless of their intended use, objects gained rounded forms that refer to speed and modernity, representing the promise of a better world, a promising future as opposed to the devastating crisis from which the country began to recover.

The lectures will be at 2:00 p.m. and will last one hour, followed by a further 30 minutes for public debate. Admission is free and to participate, just come to the MCB at the time of the meetings.

The Museu da Casa Brasileira, an institution of the São Paulo State Department of Culture, is dedicated to the preservation and diffusion of the material culture of the Brazilian house, being the only museum in the country that specializes in architecture and design. The MCB program includes temporary and long-term exhibitions, with an agenda that also includes activities of the educational service, debates, lectures and publications contextualizing the museum’s vocation for the formation of a critical thinking in themes such as architecture, urbanism, housing, economy urban mobility and sustainability. Among its innumerable initiatives, the MCB Design Prize, the main award of the segment in the country, made since 1986; and the Casas do Brasil project, to rescue and preserve memory about the rich diversity of the country.

About Patrícia Helena Soares Fonseca, curator of the exhibition Aerodynamic Design (with Adélia Borges)
PhD in Education, Art and History of Culture at Universidade Mackenzie, São Paulo (2014). Master in Textiles Design for Fashion – Central Saint Martin School of Art and Design, Lobdres (1990). Professor of the Faculty of Plastic Arts of the Armando Álvares Penteado Foundation where she has taught History of Design for 21 years. He teaches classes at the Centro Universitário Belas Artes in São Paulo.

About Giacomo Favretto, photographer and collector
Born in Milan, Italy, where he studied Industrial Design and Engineering. He is 64 years old, has lived in Brazil for more than 40 years, as a professional photographer, dedicated to the advertising market, having won several awards such as Golden Lion in Cannes, among others. Serves the big advertising agencies in Brazil and Mexico. He has published the book “Icons that mark”. He is one of the most important collectors of objects of the streamline style, keeping in his personal collection about 600 historical pieces.