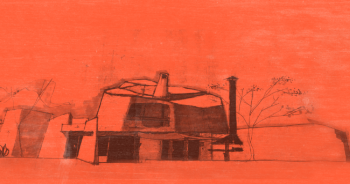 On the 3rd of September, Saturday, from 10 am to 12 pm, the Museu da Casa Brasileira – institution managed by  Fundação Padre Anchieta – promotes a special workshop that relates to the creative process of the designer and architect Jorge Zalszupin.

The activity ‘Ateliê Zalszupin’ dialogue with the temporary exhibition “Orgânico Sintético: Zalszupin 100 anos”, on display until September 11 at MCB, and is a proposal to approach architectural creation through clay, a creative method reported as one of Jorge’s favorites for designing.

The influence of this act is shown when we analyze the residences designed by Jorge in which furniture, structure and plaster can be concentrated in a single curvilinear element.

In addition, this is an invitation to rescue and reflect on construction with clay and other ancestral technologies through manual exercise.

About the exhibition
In the exhibition “Orgânico Sintético: Zalszupin 100 anos” t is possible to see the new aspects of Zalszupin’s work, linked to the high industrial production of the company L’Atelier, the plastic utensils of the Eva series and the series of planned office furniture. His work as an architect is also revealed at the Museum, showing some buildings built on Av. Paulista, downtown São Paulo and Higienópolis district. The curatorship is by the technical director of MCB Giancarlo Latorraca and will be on display until 09/11.

SERVIce:
Workshop with the Educativo MCB: Ateliê Zalszupin
September 03, Saturday, from 10 am to 12 pm
free activity
Registrations here.
Location: terrace and garden of the Museu da Casa Brasileira
Av. Brig. Faria Lima, 2705 – Jd. Paulistano, SP
The MCB does not have parking. Prefer public transport. We are close to Faria Lima station on the Yellow Line 4 of the Metro.