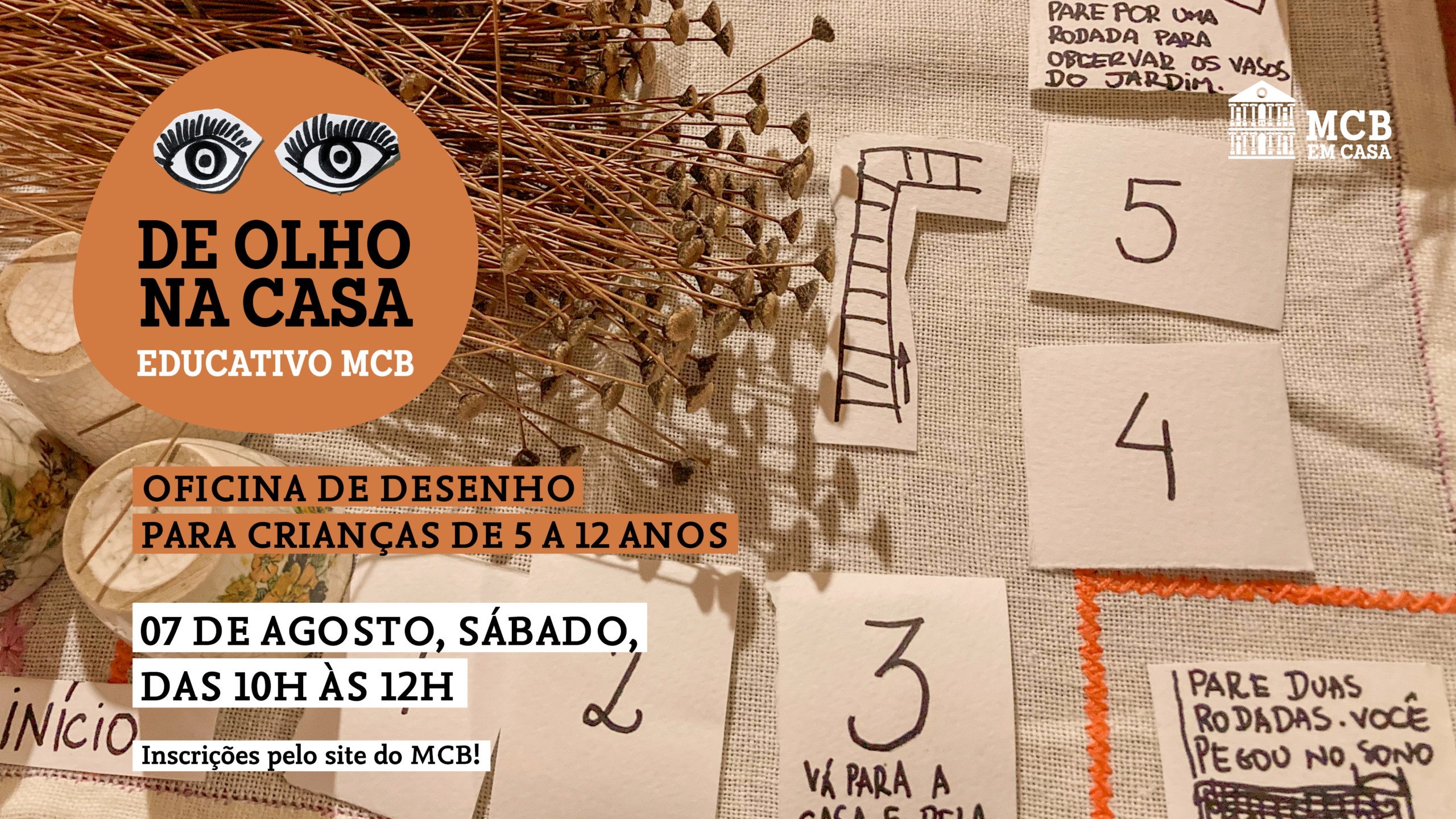 The activity carried out by Educativo MCB takes place on August 7th, Saturday, at 10am

In our next Keeping an Eye on the House workshop, we’ll continue creating games to play from within the home universe.

Lately, we spend a lot more time indoors; from the bedroom to the kitchen, from the bathroom to the living room, from the garage to the backyard. Therefore, we are going to investigate these paths by producing a route game.

Also known as the “Trail Game”, it was invented in Italy, in the 16th century, and was called “Glory Game” or “Goose Game”. The route that each player took symbolized the different stages of life.

The game’s objective is to reach the end of a path, which we’ll invent together, and each one will walk around throwing the dice, with their pieces and characters through the rooms of their house.

Come with us to create an amazing home trail with secret passages, tricks, traps, treasures and rewards.

Parents and adults are welcome to help with activities.