SEPTEMBER 7TH AT THE MUSEUM OF CASA BRASILEIRA 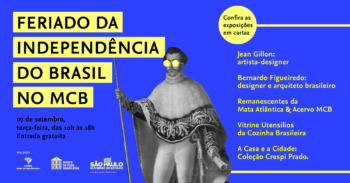 Celebrating Brazil’s independence is – also – remembering Brazil’s rich cultural complexity. Whether in artisanal, industrial, architectural or gastronomic production, everything that is made in the most distinct regions of this continental country has a unique essence.

And to take advantage of the Independence holiday on Tuesday, September 7, the Museu da Casa Brasileira (MCB), an institution of the Secretariat of Culture and Creative Economy of the State of São Paulo, has free admission and a program filled with “ Brazilianities”.

In the interior space at the MCB, it is possible to see exhibitions that seek to discuss Brazilian cultural diversity through knowledge of our material culture. From utensils of the original peoples, to those produced with native wood, to the series of industrialized utilities; from indigenous huts to contemporary architecture. On the first floor, you can see the original history of the Brazilian house that houses the Museum, built in 1945 to house the couple Renata Crespi and Fabio Prado (Mayor of São Paulo 1934-1938), it represents a significant moment in urban expansion since the beginning of the year. Avenida Paulista towards the floodplain of the Pinheiros river.

In the museum’s outdoor garden, it is possible to appreciate various native tree species, as well as enjoy the best of Brazilian cuisine at the Capim Santo restaurant. 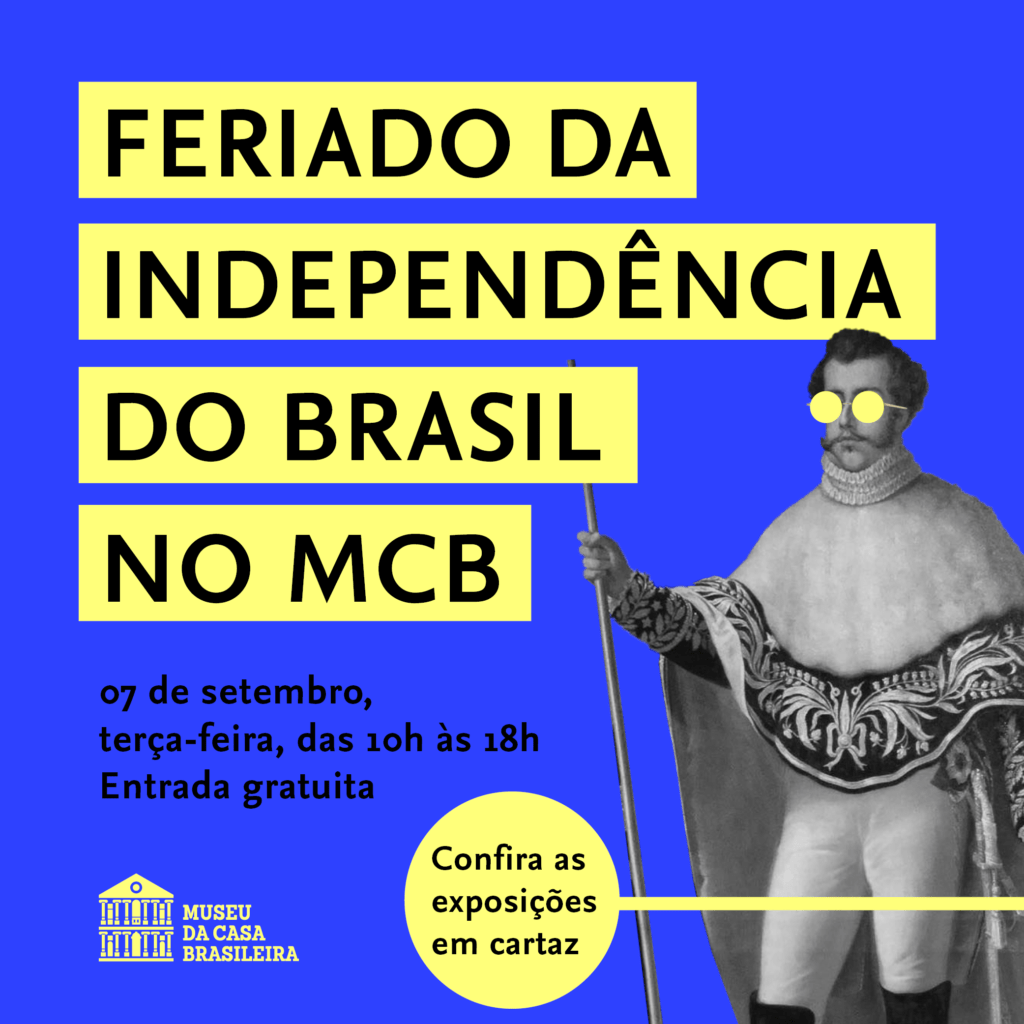 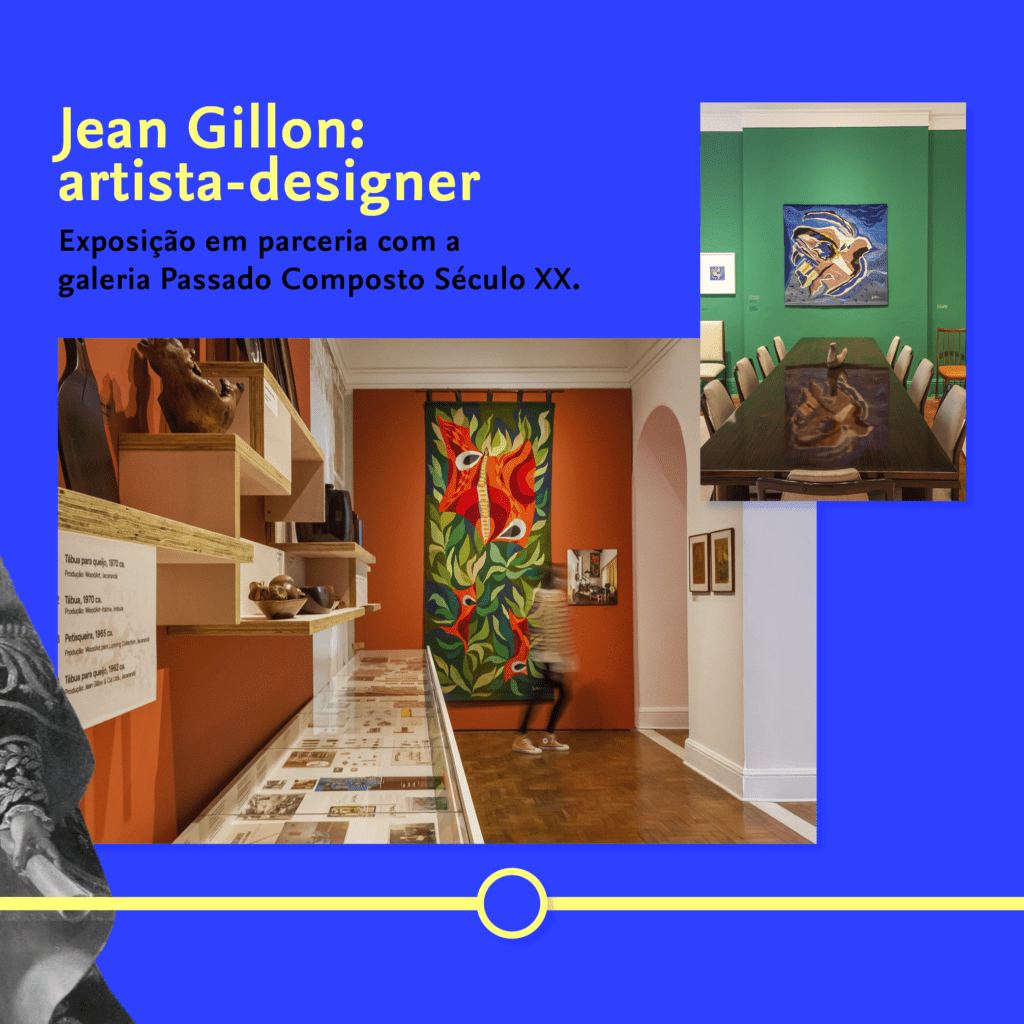 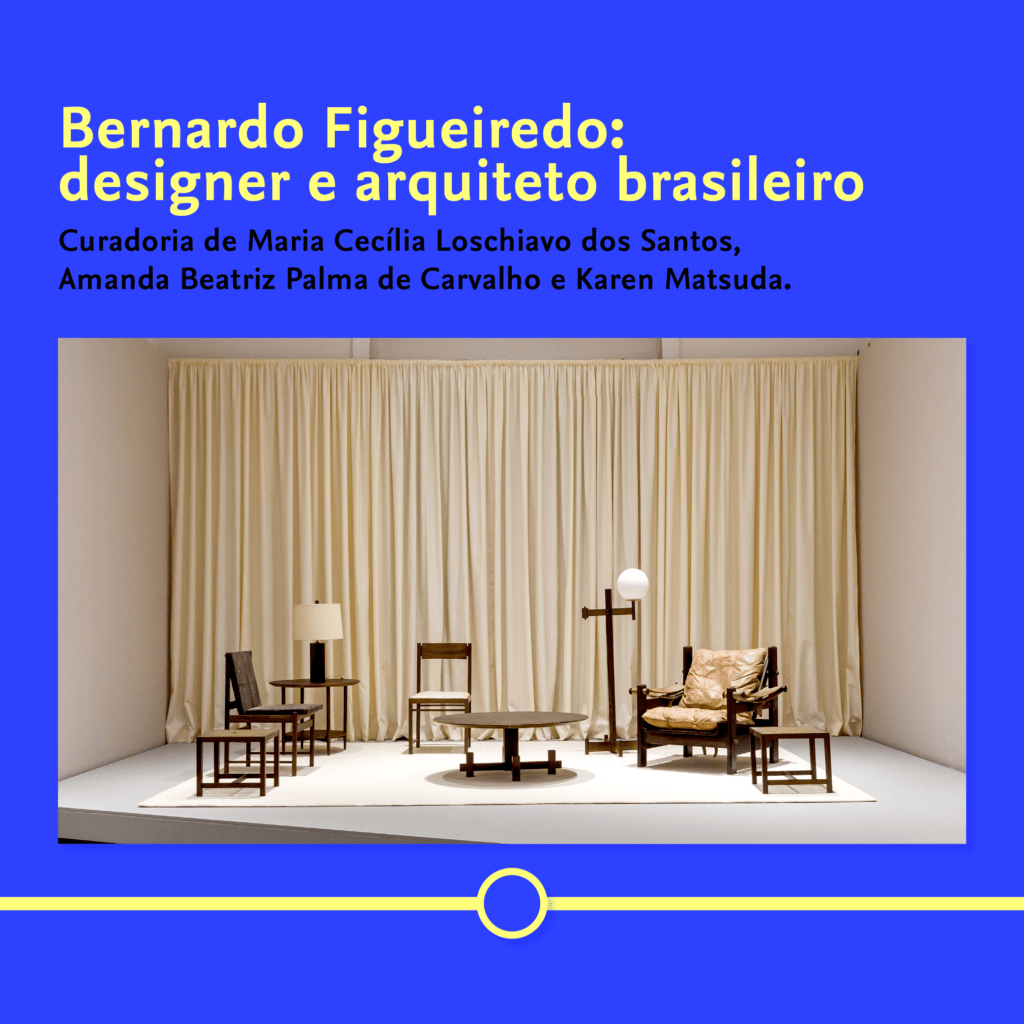 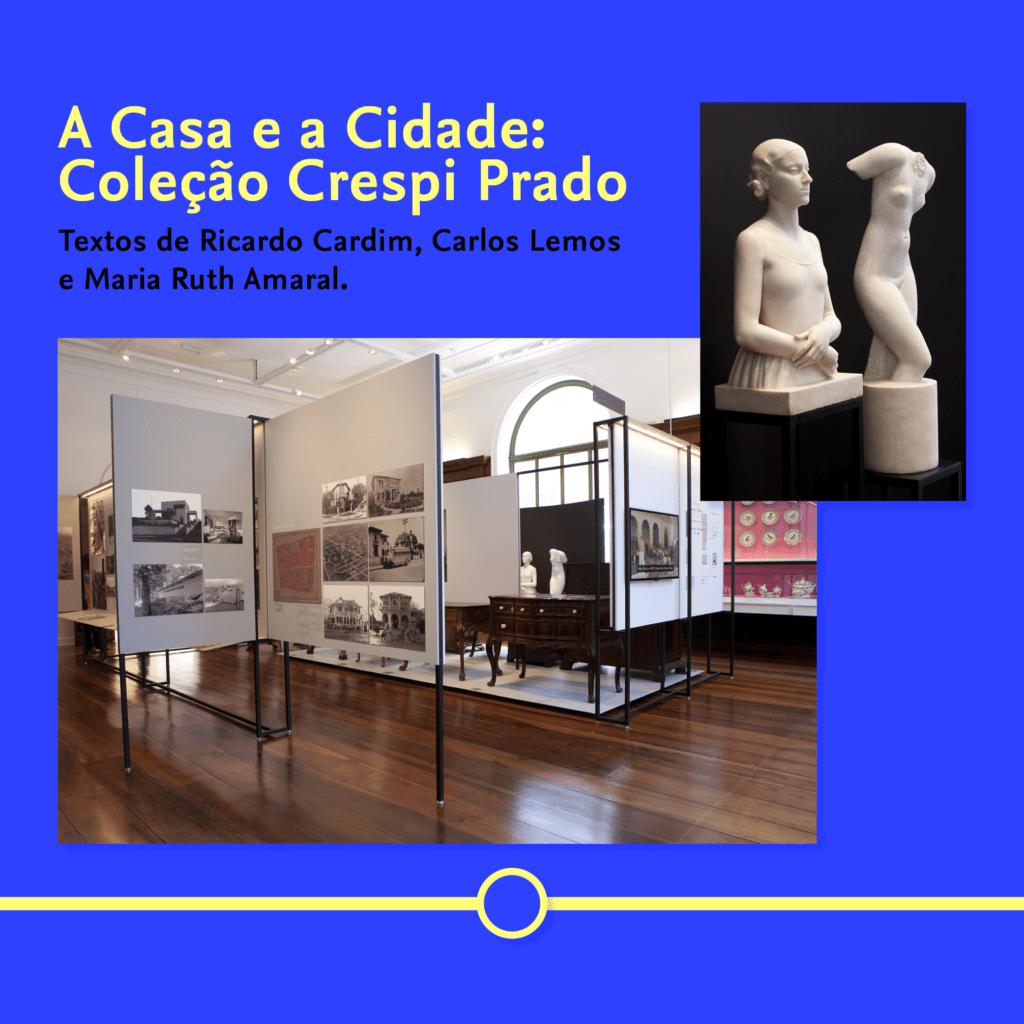 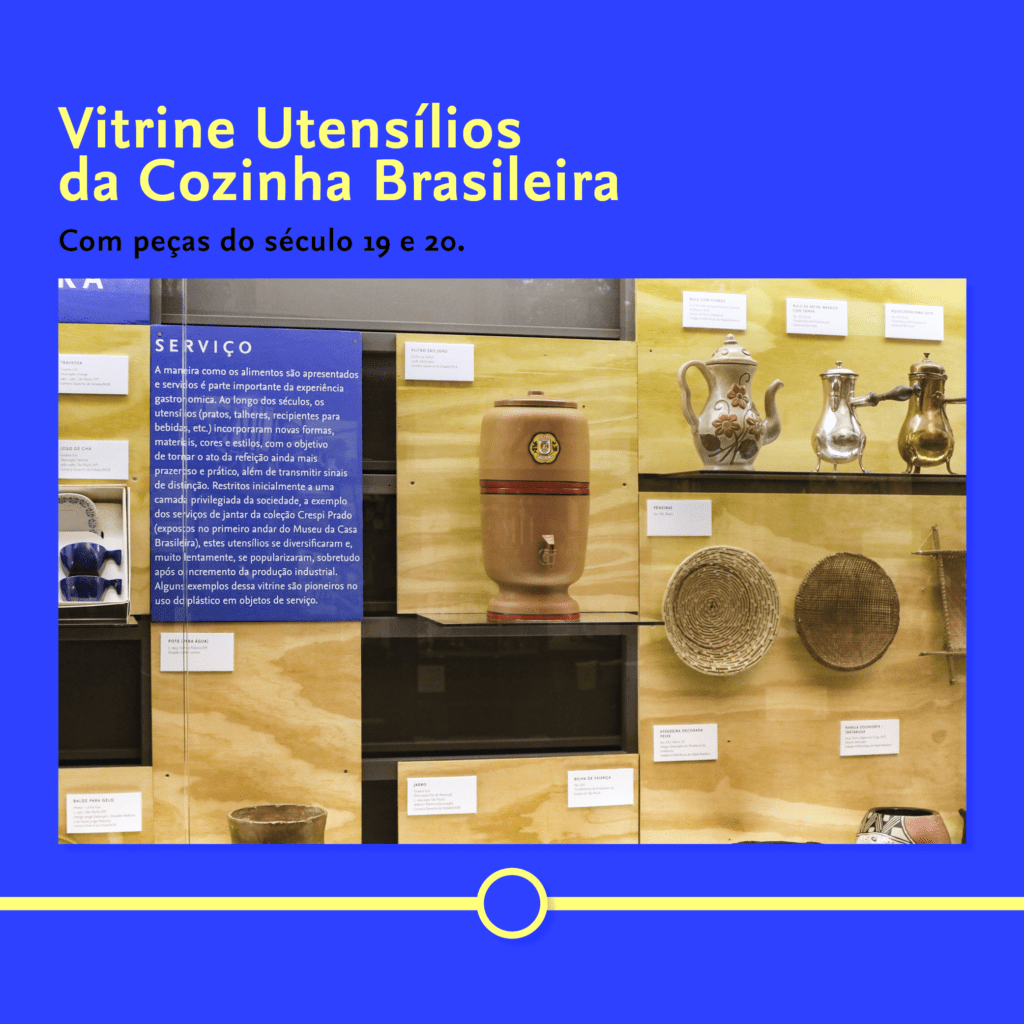 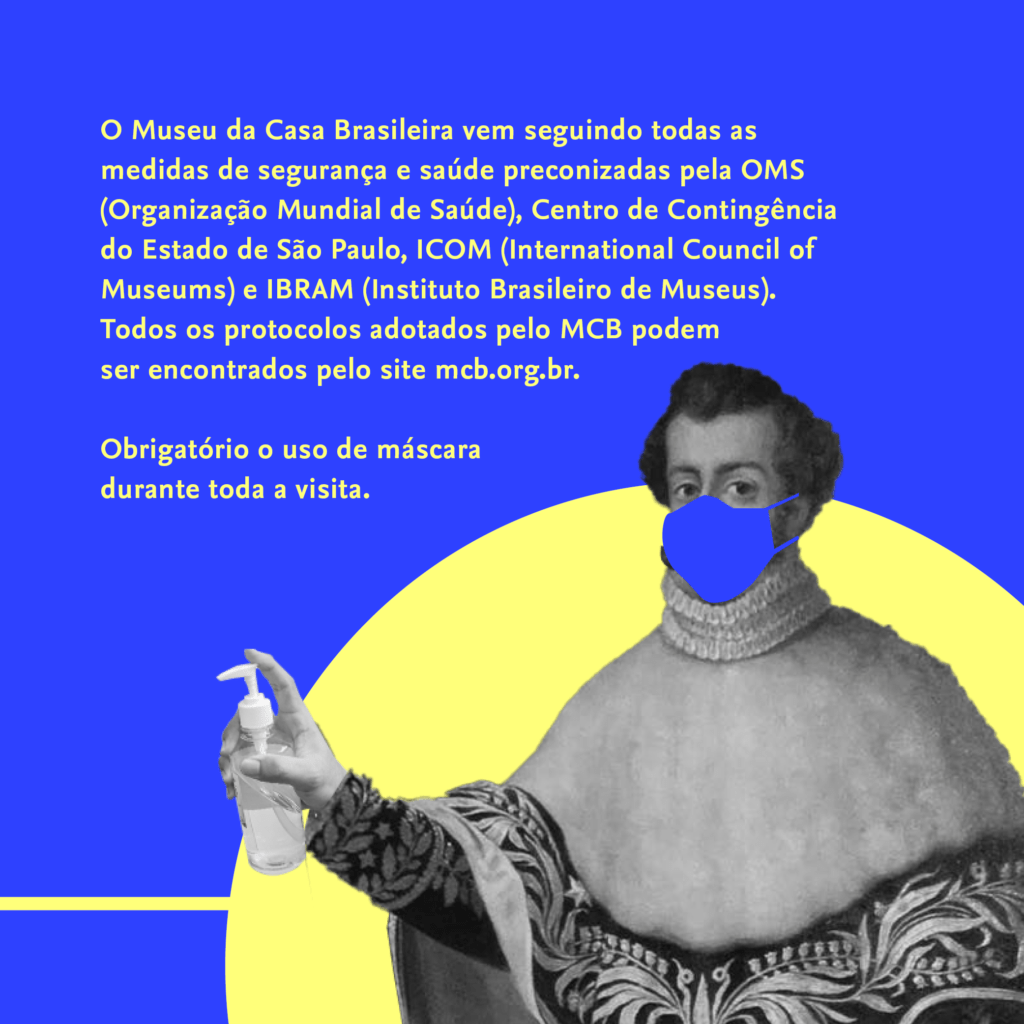 Independence of Brazil in the MCB

The use of a mask is mandatory throughout the visit.

The House and the City – Crespi Prado Collection

The exhibition presents the residential use of the property that now houses the museum. Built between 1942 and 1945, the “casarão” housed one of the most traditional and influential families in São Paulo (SP) in the first half of the 20th century and is part of a city’s territory that has witnessed major urban transformations over the decades.

Reflecting on the transformation of the Brazilian forest, from the exuberance of large trees to the disappearance of species, is the objective of the exhibition Remnants of the Atlantic Forest & Collection MCB. Curated by the botanist Ricardo Cardim, the realization brings, in parallel, pieces and utensils from the museum’s collection made with wood originating from the Atlantic Forest  and, today, practically extinct.

To compose the MCB’s showcase, utensils used in Brazilian cuisine since the 19th century were mined, both for food processing and table service.

Curated by gallery owner and collector Graça Bueno and the MCB’s technical team, the show features works by Jean Gillon on all fronts of this artist and designer born in Romania and naturalized Brazilian when he settled in Brazil.

The exhibition presents the career of the Rio designer while exploring the versatility of his work in the areas of architecture, urbanism, furniture design, interior design and other transdisciplinary interrelations in the modernist period.