Domestic mysticism is a proposal of a game with popular imagery in which it starts from the mediation of symbols contained in ordinary objects present in the context of the home, to then question and organize personal values ​​that refer to our interaction with times, spaces, memories or interpersonal relationships.

The proposal has developed as a field for us to research ways of organizing spaces, collective imagery, family cultures and subjective impressions linked to metaphysical aspects of life itself.

During the course of the practice new tools emerged both as triggers of dialogues and as reflective continuators. Regarding the triggers, it is worth mentioning the use we made of the sidewalk as a support for provocative writings, on which passers-by stepped on, precious stones, unusual costumes and music were also used as decoys for dialogues. As continuators of dialogues, we started to create records of important excerpts from conversations about small stones with which we present the people who are willing to share their stories.

As part of the record of actions and dialogues, we started to create, edition by edition, a kind of glossary of mysterious terms and unusual habits captured from each relationship, in parallel, as a procedure we started to fill the table with drawings that give shape to the reports. This map allows us to connect the speeches of different people and helps us as a reservoir of suggestions with which we provoke each conversation with a new person.

The proposal has the sidewalk as a place and passersby as participants, who will have in this small break of metaphysical and philosophical provocation an opportunity to reflect on their day, their present moment.

Check out some images of the workshops: 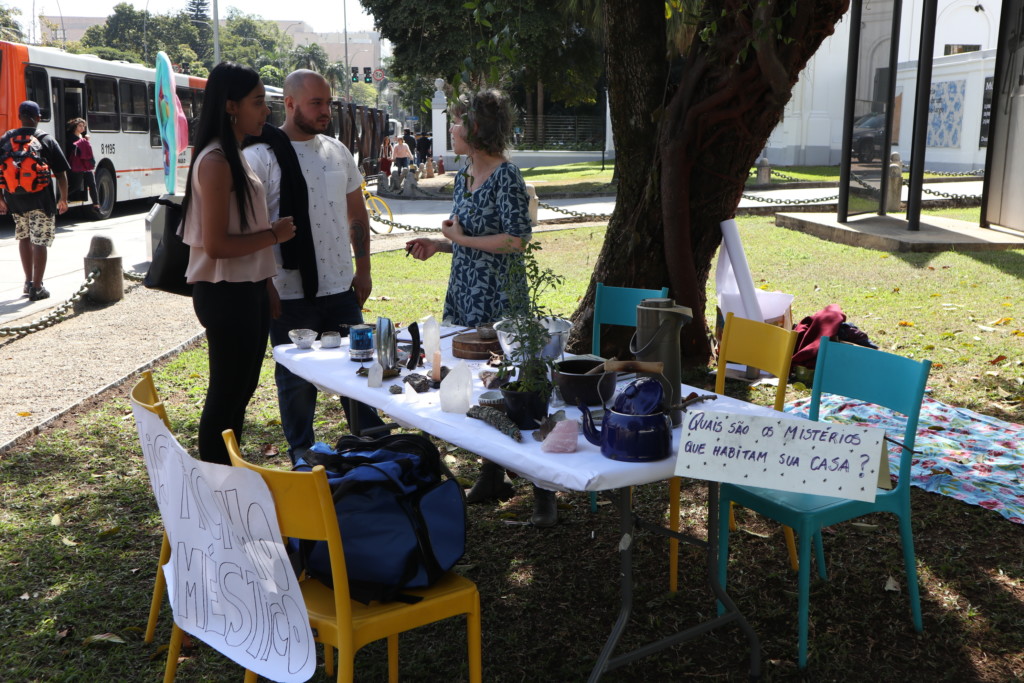 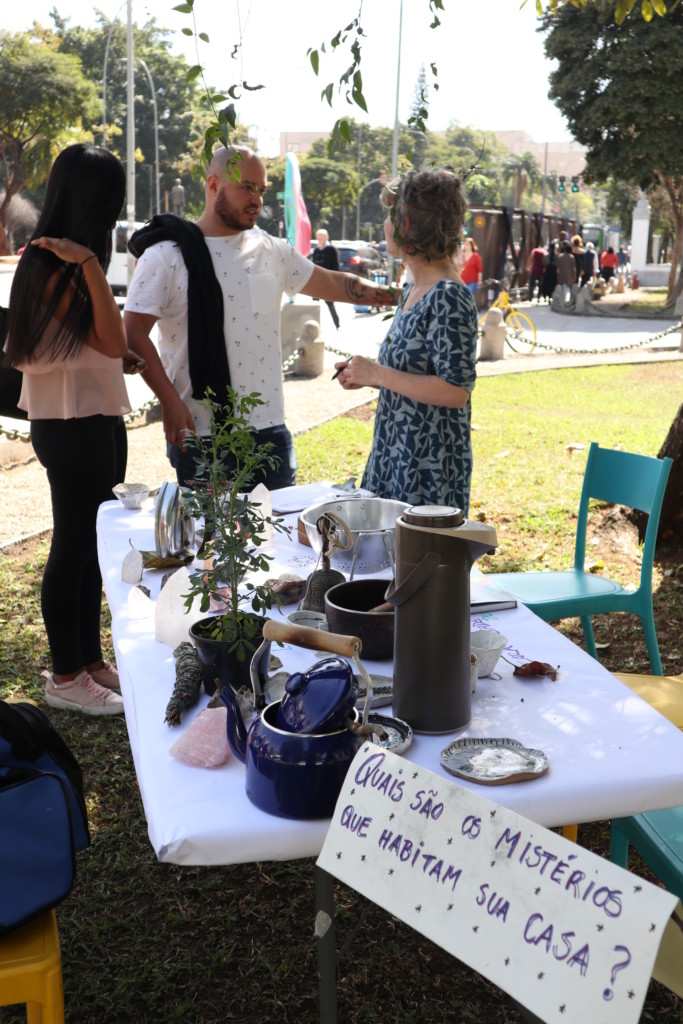 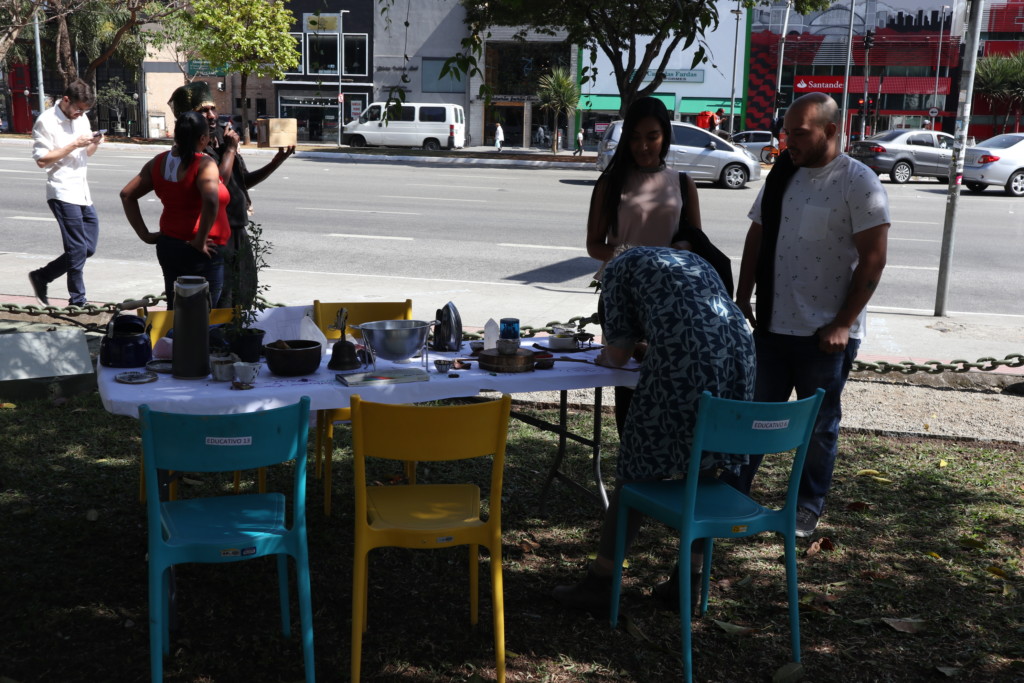 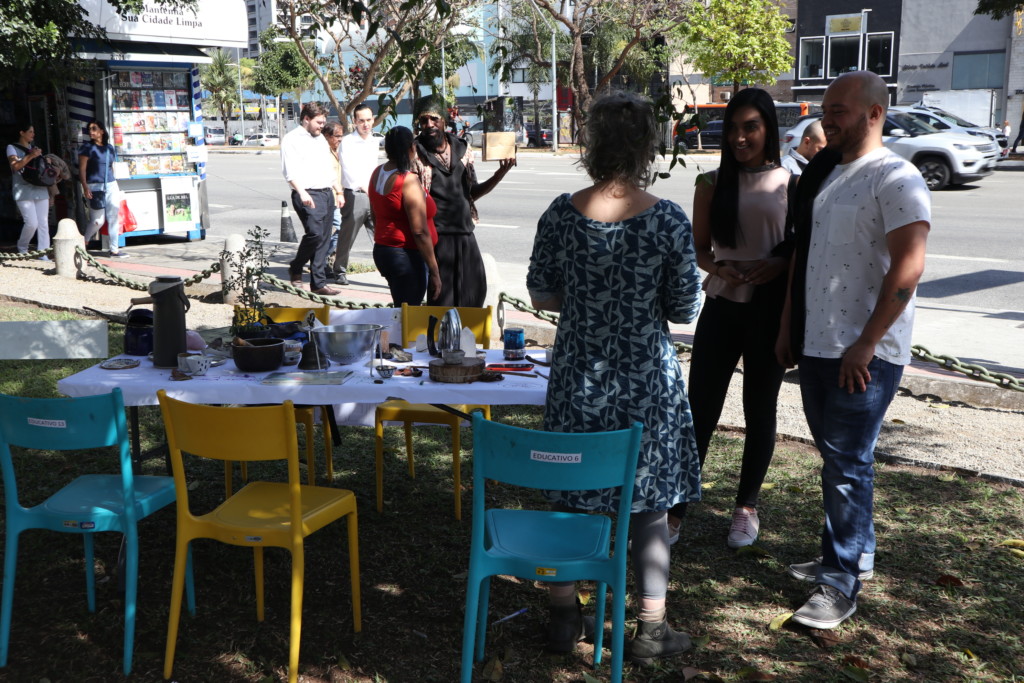 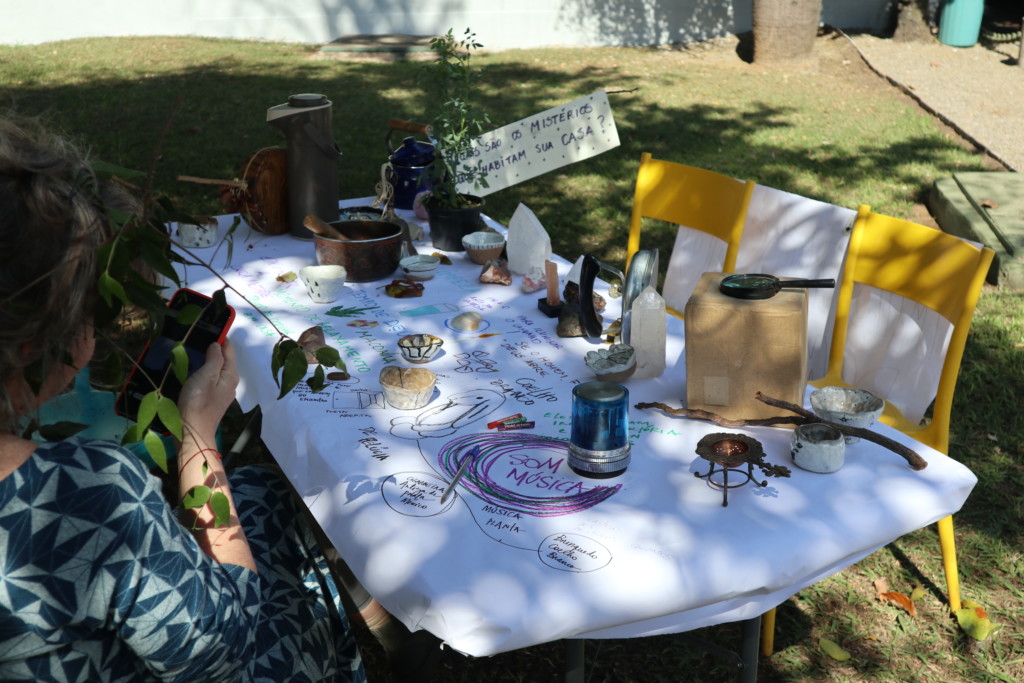 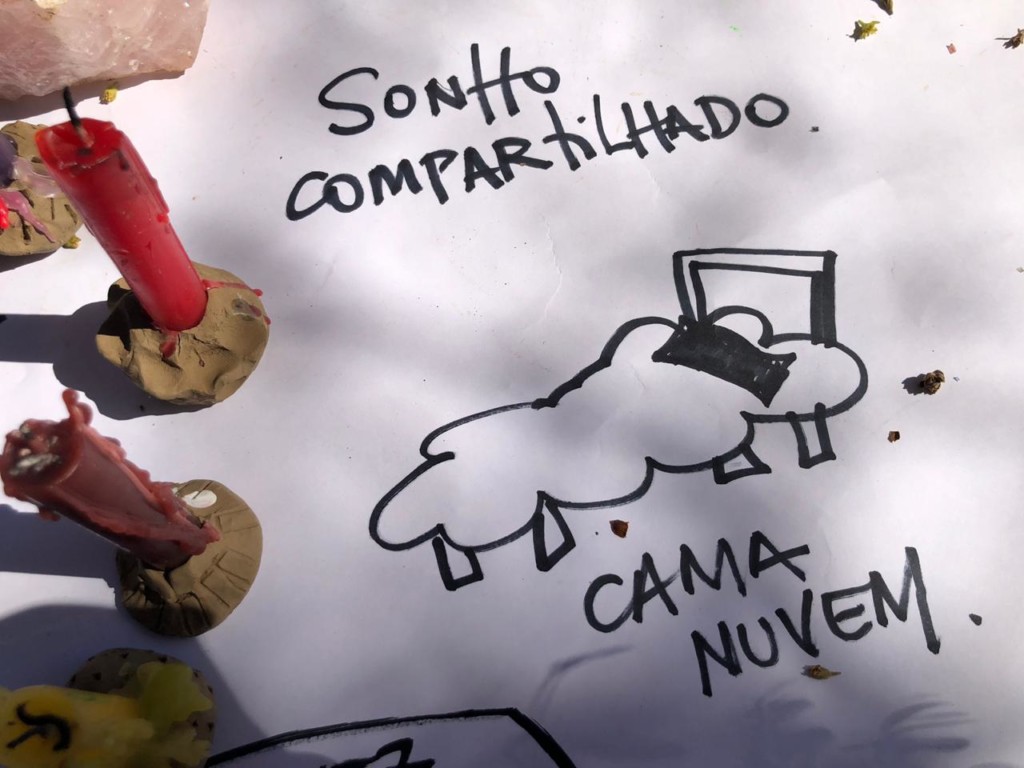 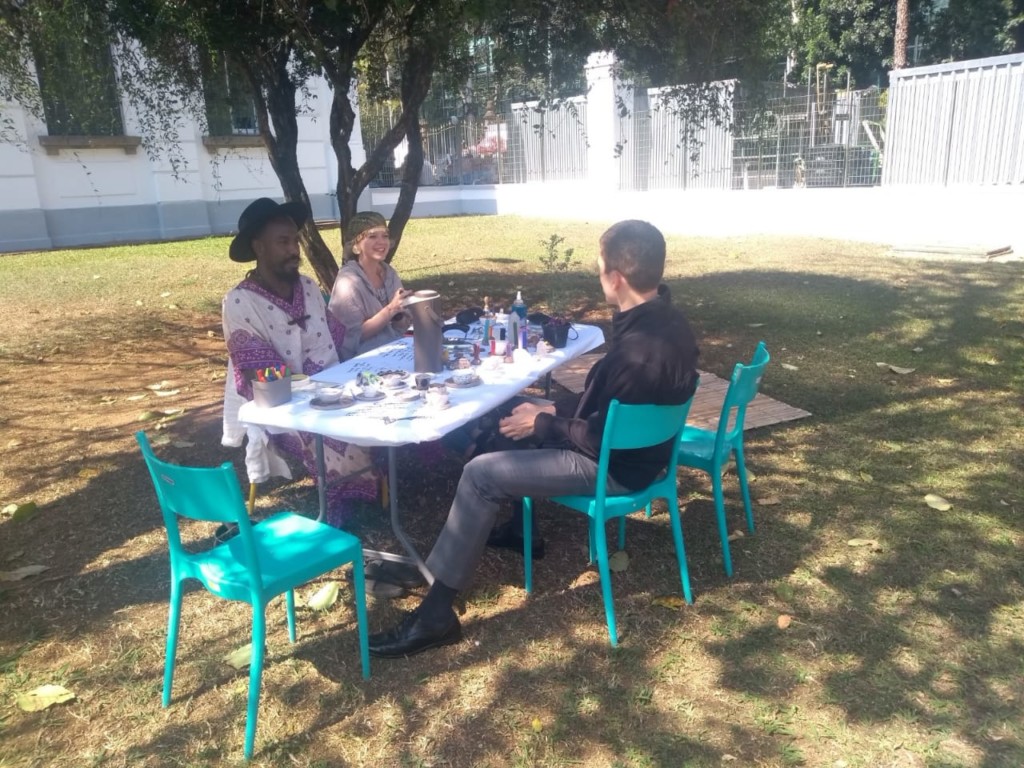 About Educativo MCB
Educativo MCB proposes practices that articulate the look, the making and the thinking so that the visitors assume the role of researchers, researching the contents that the museum offers in a contemporary perspective. The idea is to create challenges for participants in educational activities to raise questions from their own experiences and discover new meanings when relating the visit to the MCB with their lives.