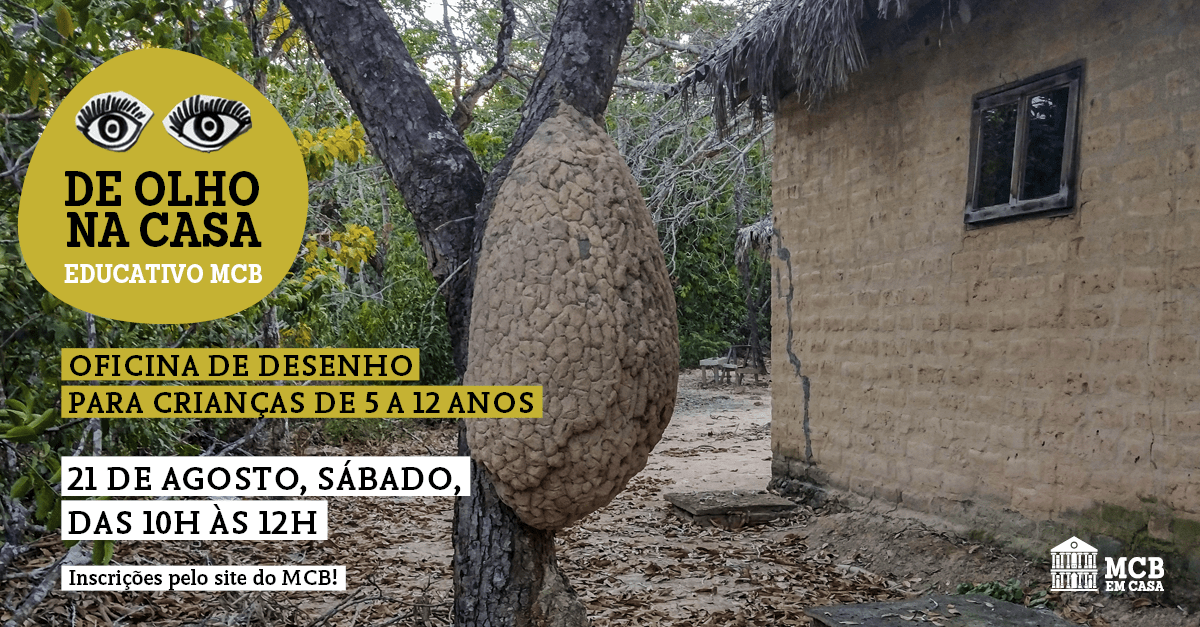 The activity carried out by Educativo MCB takes place on August 21th, Saturday, at 10am

In the next workshop “With an eye on the house”, we will think about architecture. Yes, an architecture full of imagination. Let’s invent houses from clues to objects and beings that exist and that don’t exist.

So: what will the house of a being with a very small body and very long legs and arms be like? The right foot has to be very high!

During the workshop, we will see images of works by designers and architects who are inspired by the most diverse sources. We will also see how some animals build their houses, such as João de Barro and bees.

Come have fun with us and design funny, weird, crazy and impossible houses. After all, everything is possible here!

All you have to do is have a pencil and paper, be an observer of the world’s charms and let your imagination flow to the invention of new worlds.

Parents and guardians are welcome to assist with activities.