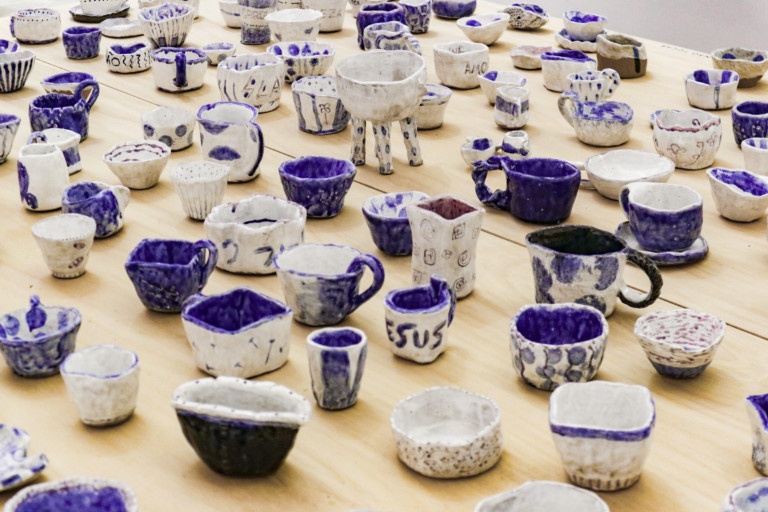 In 2019, Educational MCB started a partnership with Olaria Paulistana, coordinated by Lucia Eid, to make ceramic cups used in the Tea Ceremony, an activity that takes place during educational visits. This production of cups will also be articulated with the ‘Your Museum’ project, involving employees in the creation of their ceramic cup or cup, to replace the use of plastic cups provided by the Museum.

In the photos below, you can see the MCB Educativo team during Lucia Eid’s teachings: 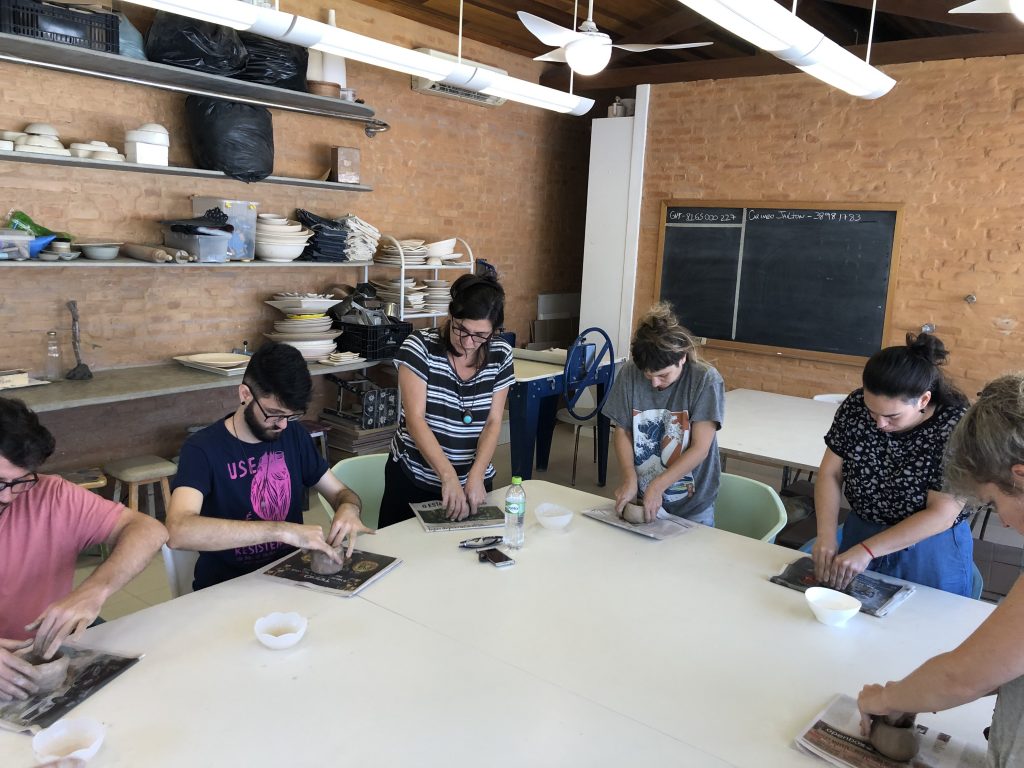 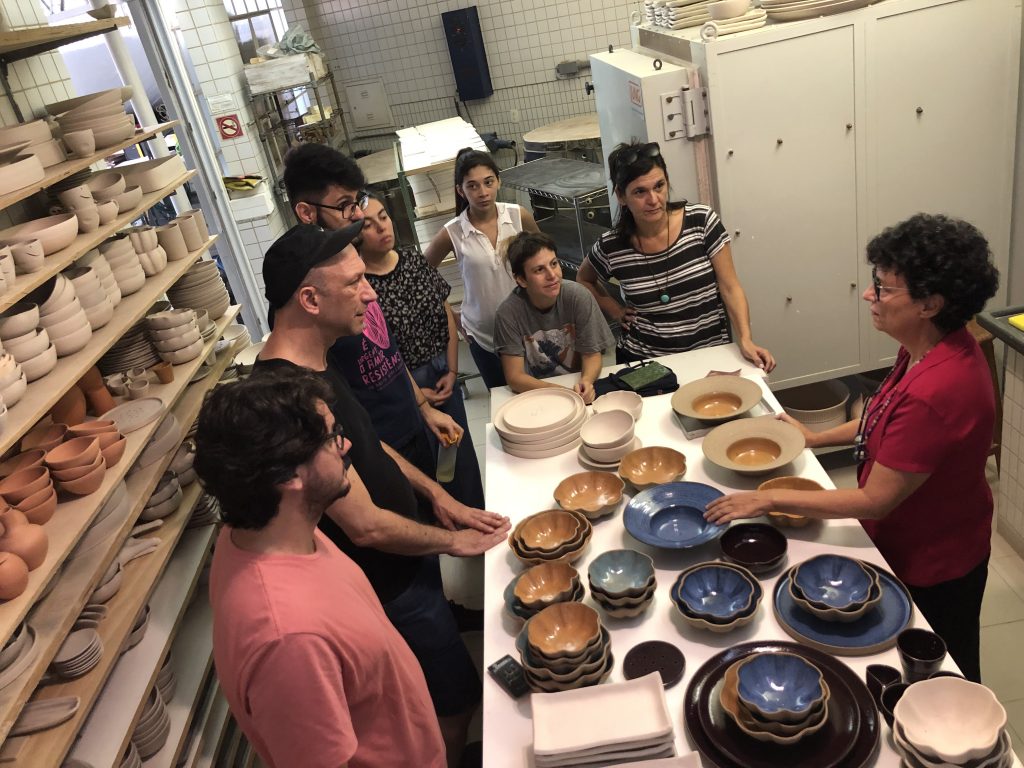 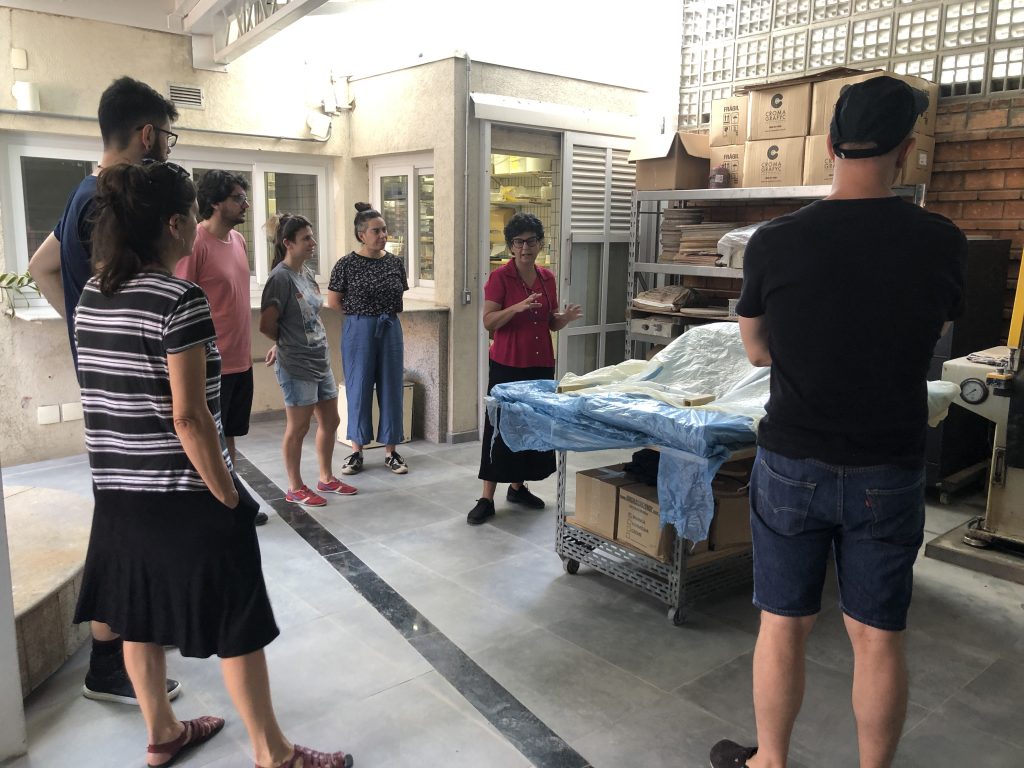 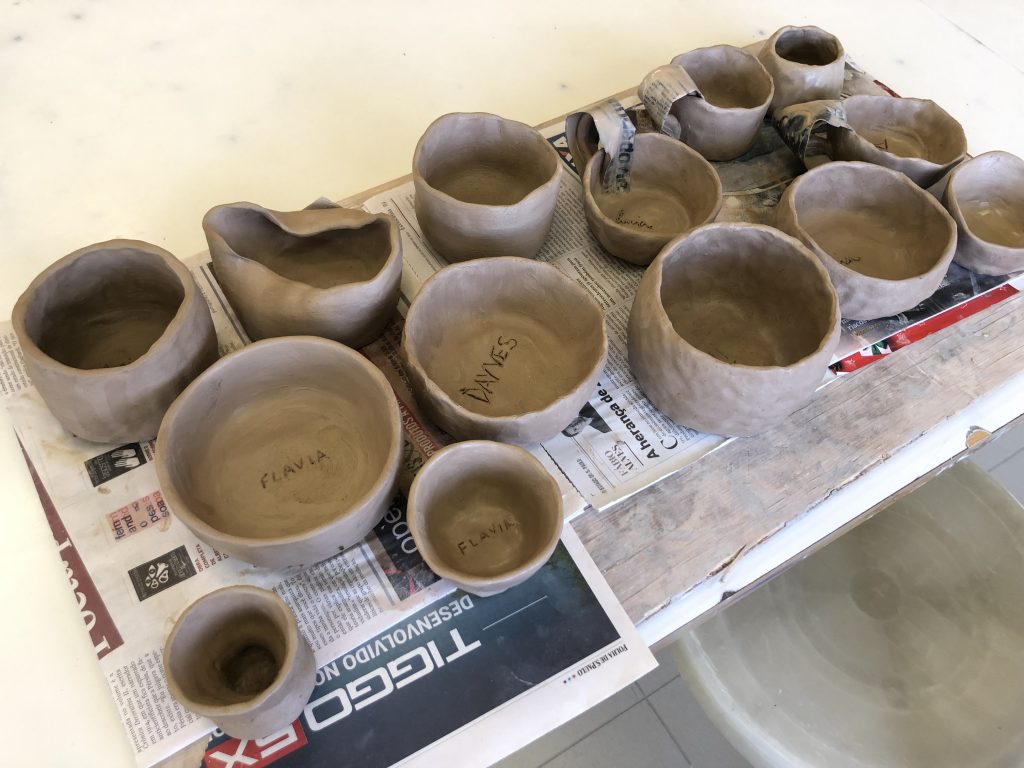 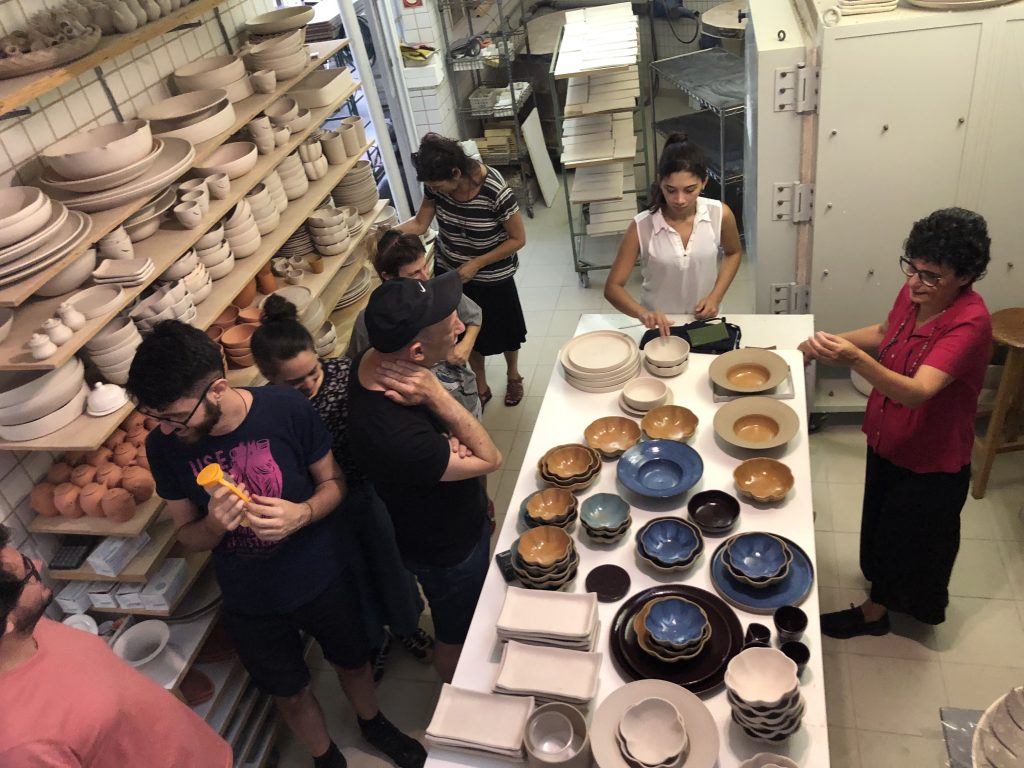 On a table in the museum garden were cups, teapots, small dessert plates, cutlery, two or three cakes, and some flowers. On that day, we would receive a visit from a group of elderly ladies and gentlemen coming from Associação São Joaquim, a partner institution in Carapicuíba.

After visiting the collection, we sat at the table to enjoy tea, cake and, above all, the life stories of these people. We talk about the objects seen and imagined during the tour; each visitor remembered at least one story to tell. The memories, the knowledge, the recipes and the affective relationships provoked by the objects moved us, made us sing and dance.

We saw in that encounter something wonderfully potent and necessary. The apparently simple gesture of offering a cup of tea to the visitor calms down, celebrates the meeting, interrupts the daily flow to which we are subjected in a large city, concentrates, sharpens the senses, changes the temperature of bodies, the state of things and for consequently, the quality of the meeting and the visit.

We produced a game consisting of 60 cups and saucers, organically modeled, with particular formats and paintings, which now participate in many of our educational activities, taking this sensitive experience to different audiences: from children to adults.

This production was later articulated with the Seu Museu project, involving the institution’s permanent and outsourced employees in the creation of its ceramic cup, aiming to replace plastic cups and introduce the use of a more welcoming and affective object in the work routine. The entire process was coordinated and guided by the ceramist Lucia Eid, who accompanied us as a teacher during the modeling, firing and painting of the pieces. His teachings on technical aspects and shared wisdom were the pillars of this achievement and of the paths followed in the research of traditions and customs in our daily lives, which can and do ask for constant reinventions and updates.

Expository table with the pieces produced by the entire Museum team: 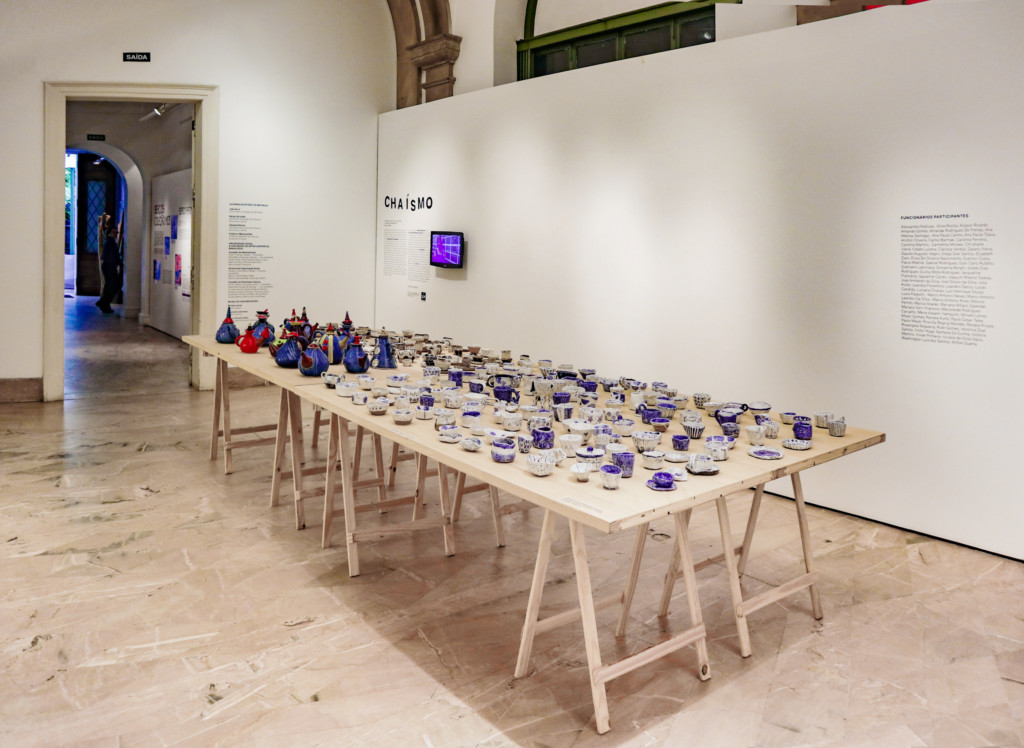 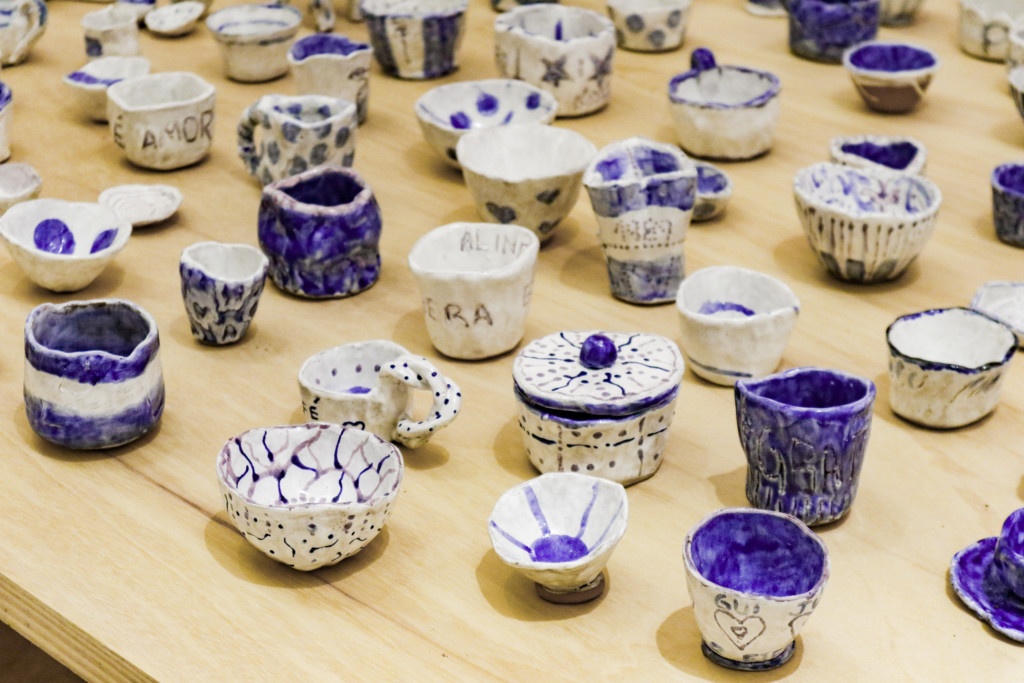 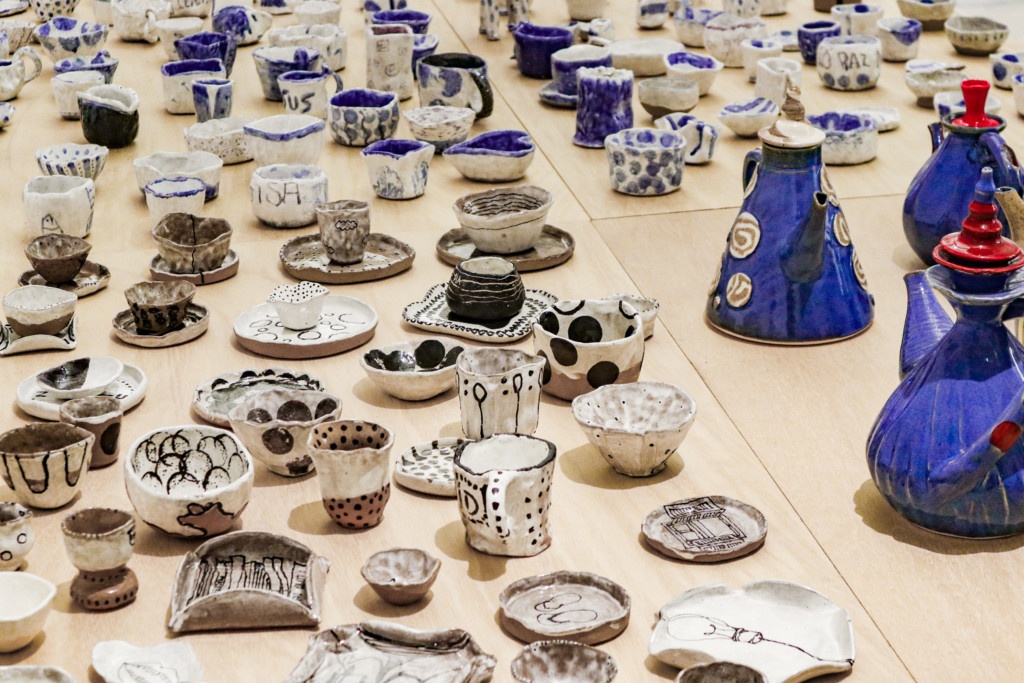 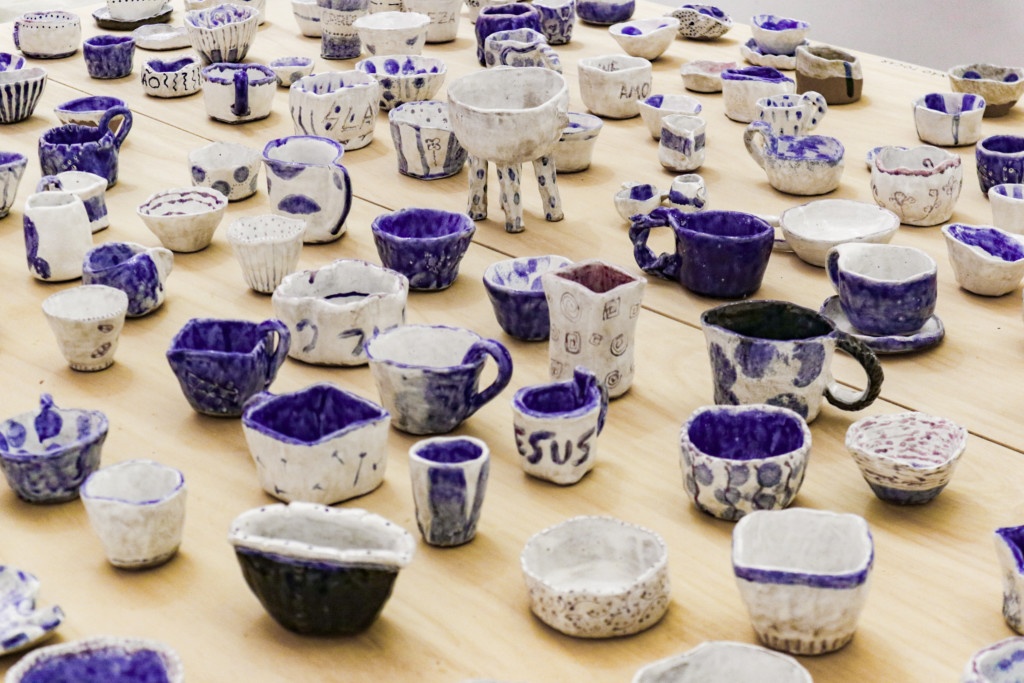 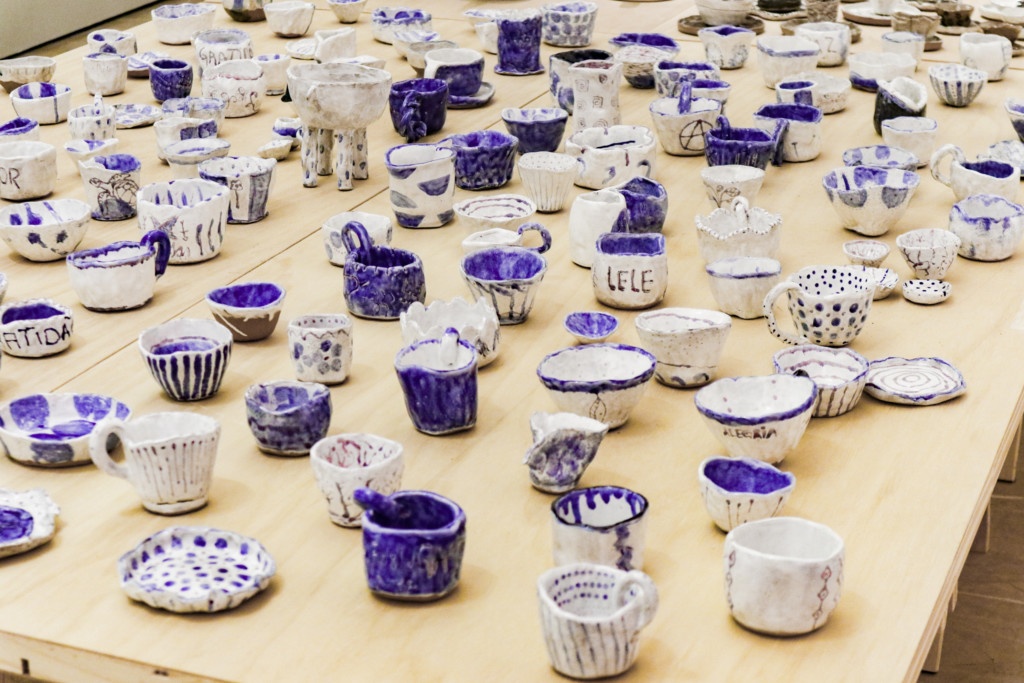 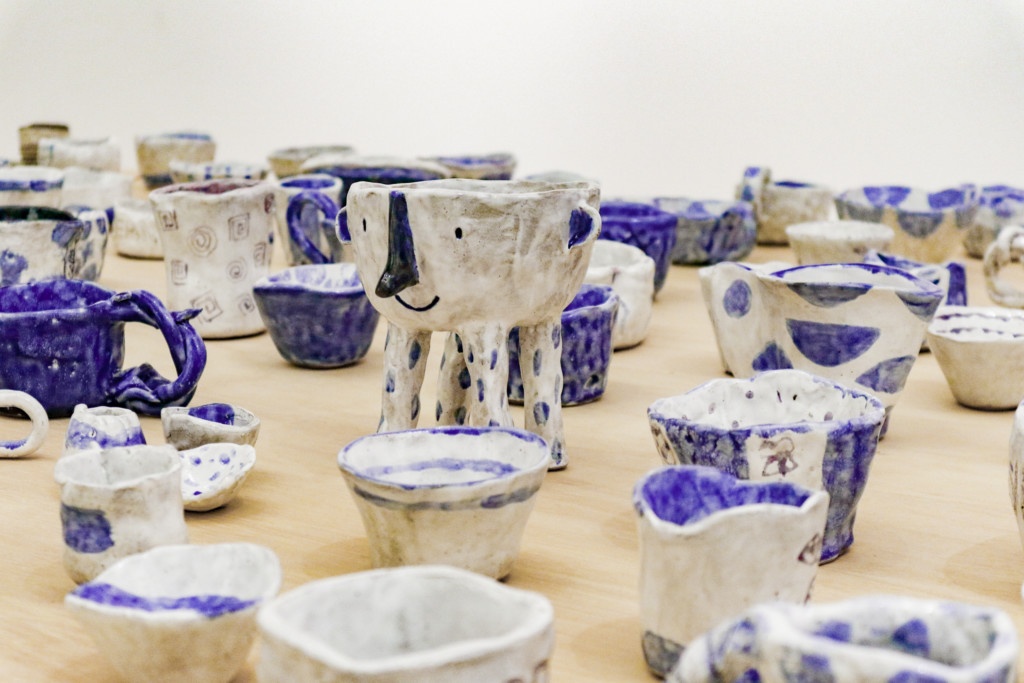 About Educational MCB
The Educational MCB proposes practices that articulate looking, doing and thinking so that visitors can assume the role of researchers, researching the contents that the museum offers in a contemporary perspective. The idea is to create challenges for participants in educational activities to raise questions from their own experiences and discover new meanings by relating the visit to the ‘MCB’ with their lives. Group visits – in general, educational and social institutions can be scheduled in advance. Duration is approximately one and a half hours. Groups of more than 25 people are divided into two groups. Spontaneous visits can be made individually or in groups.