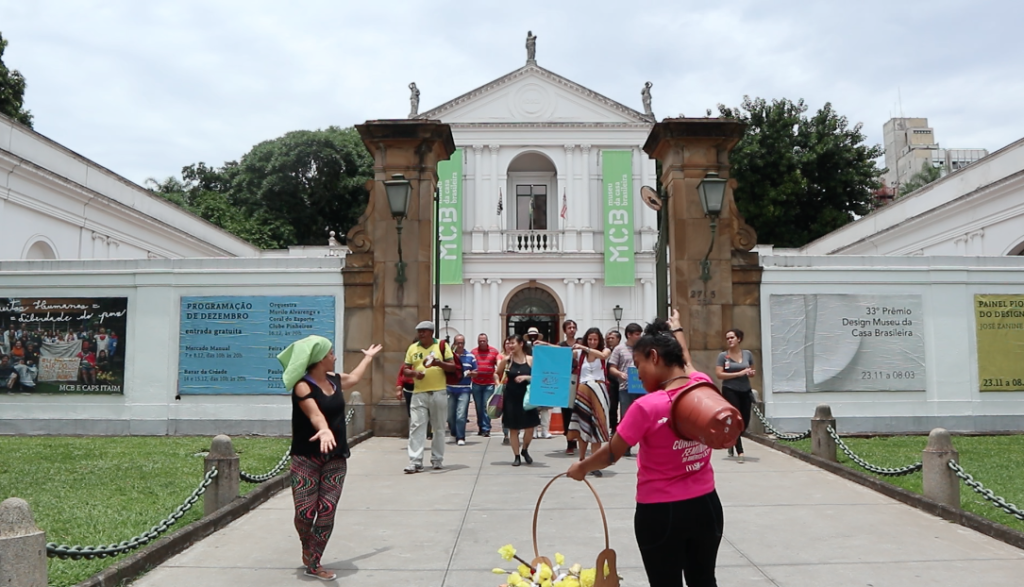 The actions of Educativo MCB take place largely outside the walls, as an invitation to reflect on the Museum, the domestic environment, design, architecture. Such subjects are approached in a sensitive and affective way, in pedagogical processes whose focus is on meeting people from different places, with a look, with what to do, with experience and reflection.

The meetings deal with material culture, the MCB collection, combined with the immaterial collection and personal experiences, which make present and give new meaning to stories.

Educational MCB intends to democratize access to the Museum in a broad way. Considering that the country’s cultural spaces often exclude the public because of the architectural constitution of its facades, the team works for the inclusion and opening of this institution to the most diverse audiences.

Educational work in cultural institutions is recent in Brazil and, as it deals with human relations and educational processes, it is largely invisible to the public not directly involved, taking place in the field of subtleties.

The pandemic that broke out in March 2020 changed the direction of the projects, closed some doors, but opened many windows. It strengthened the team in order to renew even more confidence in the need for this work in an institution such as the Museu da Casa Brasileira.

You can also find out about the projects developed in previous years here on the website.

For questions, proposals and schedules, write to the email: alessandrasilva@mcb.org.br