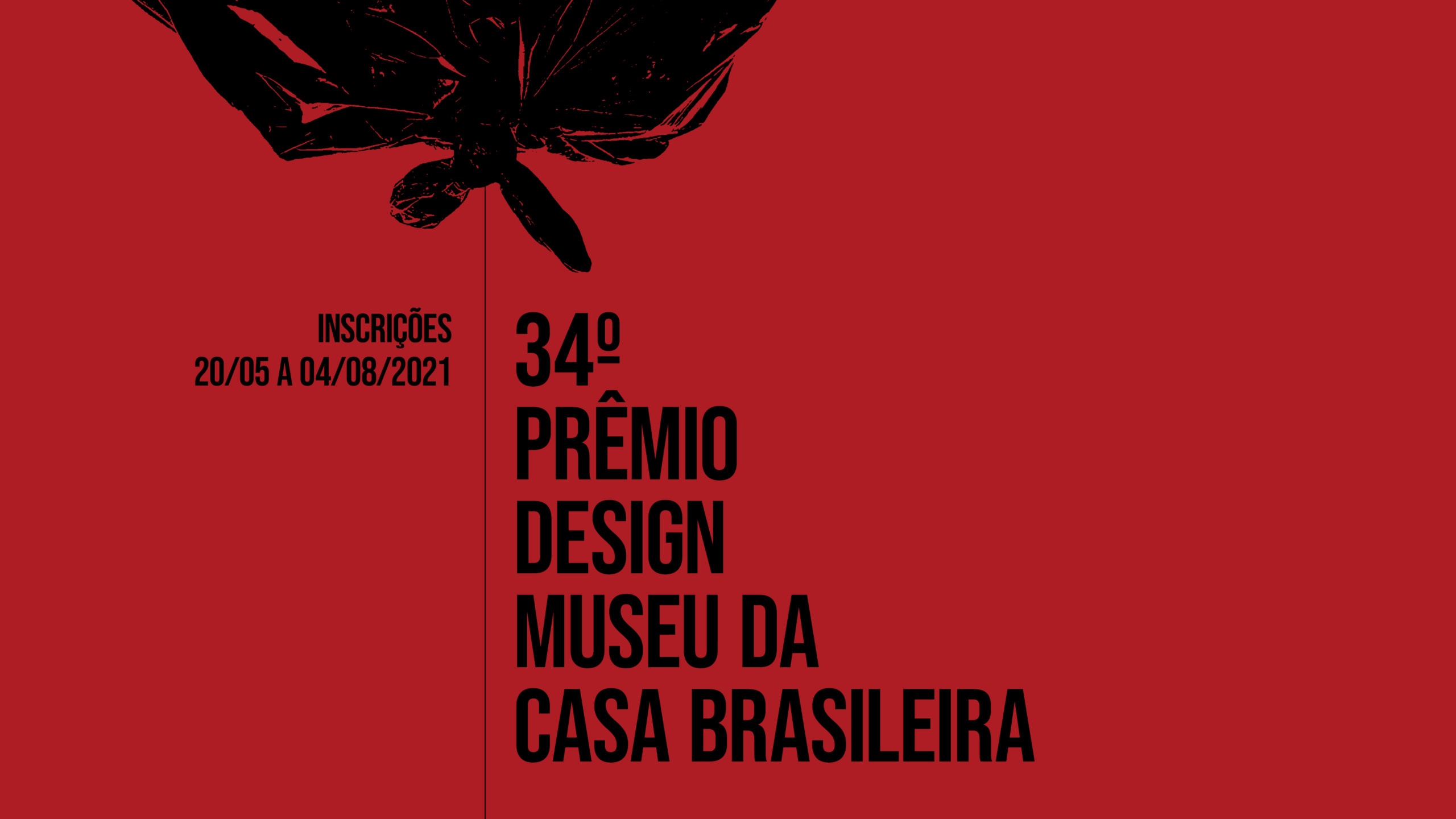 The Museu da Casa Brasileira, an institution of the Secretariat of Culture and Creative Economy of the State of São Paulo, opens registration for the 34th Design MCB Award. Those interested in competing in the Products (Construction, Electronics, Lighting, Furniture, Textiles, Transport, Utensils) and / or Written Works (Published and Unpublished) categories will be able to apply until August 4 via the MCB website.

The award, held since 1986, had its 34th edition interrupted in 2020 after the Poster Contest due to the Covid-19 pandemic and, in 2021, resumes its activities and establishes itself as an act of resistance to keep the award alive, once that this has been facing an atypical and challenging scenario since the beginning of the global health crisis.

“The award’s main objective is to recognize the excellence of Brazilian design, to value the performance of professionals and, consequently, to encourage and strengthen the area. In 2021, our goal is to maintain the award, even if in a digital way, so that we can continue to recognize the talents scattered throughout Brazil ”, explains Miriam Lerner, general director of the Museum.

The evaluation of the Product categories will take place only in digital media, therefore, the participants must send the requested information via the registration form and it will not be necessary to send the physical piece to the MCB.

To coordinate the category Written Works, whose central theme is linked to the field of design, this year the Prize will receive again Teresa Riccetti, PhD in Sciences from UNIFESP, Master in Architecture and Urbanism from FAU-USP. In the 1990/91 period, he was a member of the designers team at the Brazilian Design Laboratory – LBDI / CNPq (Florianópolis, SC). He works as a professor and researcher at Universidade Presbiteriana Mackenzie in the Design course and is vice-leader of the research group: Design, Theory and Project; operates in the areas of design teaching and product design with an emphasis on furniture and the domestic landscape.

Written Papers will also be evaluated in virtual meetings. The ‘Published Written Works’ modality will analyze works in printed book format – which must be delivered to the Museu da Casa Brasileira – in the first edition, mandatorily with ISBN and Catalog Card. In ‘Unpublished Written Works’, stricto sensu graduate work (dissertations, theses and lectures) will be considered. In both modalities, works published or presented between 2018 and 2021 will be accepted.

Registrations
The regulations are available on the MCB website and the registrations must be made until August 4th, also through the website. The participant can compete in as many categories as he wishes, with different works, and the authorship of the projects can be individual or in groups of up to 15 people. The registration fee is R $ 98.00 – with a 50% discount for students and 25% for MCB Friends.

Result
The results of the 34th Design MCB Award will be announced as of October 14, 2021 and the projects selected by the judging committees will be made available to the public in a virtual way. In this edition of the contest there will be no prize money.