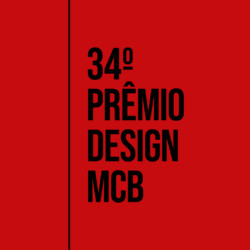 The Museu da Casa Brasileira Design Award celebrates its 34th edition this year. And what a year! We are in the middle of the pandemic and all our lives and practices have been affected by the necessary distance. It was no different with the Award.

This obviously impacted all aspects of the awards. More clearly, we had the event canceled in 2020, and it is now resumed, after this hiatus. Despite the regrets, we reacted to these problems and here we are, with the great news that one of the most important Brazilian design awards happens again.

If in more normal times, in the case of the product category, the process of evaluating the entries – first through digital files and, second, in person – in direct contact with the products was already difficult and filled us with doubts, at this time , we were forced to carry out the assessments entirely from a distance. Does this pose as a limiting factor? For sure. But half full of the glass is the possibility that we had to give our panel of judges a more comprehensive character in a geographical sense, bringing the participation of academics and design professionals from regions outside the famous Rio-São Paulo axis. One of the effects of this is that the Award will be able to attract more candidates outside this axis, expanding our vision of design practiced in different regions of the country. Without events aggregating this production, we are left with a limited view of the state of design in the country.

The incorporation of judges from other states and even colleagues who are abroad, in the category of written works, has been adopted since the last edition and the positive effects have already been presented this year, with the submission of works from different regions of Brazil , mainly in the unpublished mode. As with the product category, the task of evaluating written work in a completely virtual way was challenging. First, because this year the number of entries almost doubled, reflecting a repressed demand due to the jump in the award last year and, second, all of us judges miss small gestures such as physically appreciating the volume, flipping through the work, exchanging information with colleagues over coffee between one discussion and another.

The maintenance of this event is due to the effort and competence of the MCB team, which, despite all the adversities, knew how to structure and make viable the Award in these complicated times. All our thanks will be insufficient.

We cannot forget to thank, in the same quantity and volume, the panel of judges, who, in the name of promoting and valuing Brazilian design, took time and effort into their professional routines to help the MCB in this task. And this task interests everyone, as it results not only in the appreciation and dissemination of national production, but also in the criticism of this production: its progress, its biases and its absences. And, further, contributing to the fundamental questions of the award itself, which if it did not self-question and self-evaluate at each edition, seeking to expand and improve itself, would end up becoming irrelevant, as happens with design itself.
In a perception that was widespread among the judges in the product category, there is a lack of coverage on the part of the entries, which showed a tendency to value the more superficial face of design, with inscriptions that mostly privilege the beautiful object, the object aimed at the luxury consumption, totally out of step with the reality of the overwhelming majority of the Brazilian population. We are forced to ask: where are the products and research aimed at solving the daily problems of the average Brazilian or populations in need of almost everything? If this design exists, why doesn’t it present itself? Were these producers too busy with their survival amid the economic difficulties of this period? Is the MCB Design Award consolidating itself in public perception as an elitist event? These are questions whose answers will determine the future relevance of this award. And we must insist on them, since we know, through the scope of the collection and events held, that this is not the real vocation of this Museum.

And in addition to its importance for the production of material design, the MCB Design Award is an important channel for the dissemination of intellectual production in the field of design. The published and unpublished works selected for this edition represent the multiple fronts of themes ranging from theory, philosophy, applied arts, historical recovery and creative processes to applied research. A diversity of subjects that instigate dialogues, reflections and questions.

Talking about the importance of keeping the Museu da Casa Brasileira Award alive and relevant from now on, for an unlimited time, is an obvious effort, given its long history and duly registered importance. The design community, academia and market must be aware and active in this effort of constant improvement, participating in all possible ways and contributing to have an award that is more relevant in each edition.
Our sincere thanks to the jury and the Museu da Casa Brasileira.