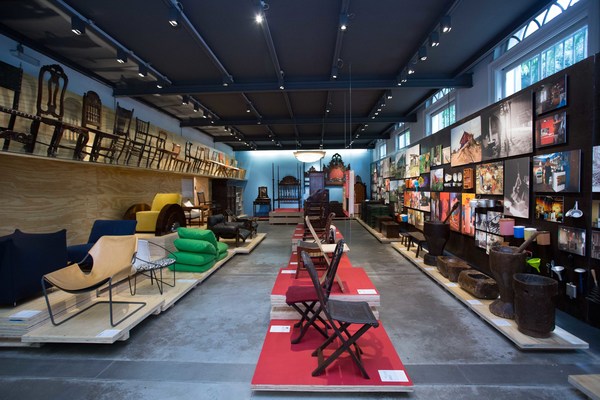 The museum collection can be visited in two long-term exhibitions:

Remanescentes da Mata Atlântica & Acervo MCB presents photographic and textual panels that correlate the various types of wood in the MCB collection to the various native species existing in the Atlantic forest.

The House and the City – Crespi-Prado Collection shows the residential use of the property that now houses the museum, built between 1942 and 1945, and its insertion in a territory of the city that witnessed major urban transformations in the first half of the 20th century.

Composed of works that belong to the Crespi-Prado Foundation and have been on loan at the MCB since 2011, the occupation of the interior is portrayed by photographs, furniture and objects that reveal the couple’s habits, such as offering celebrated dinners and collecting art objects such as porcelain. and silverware from different regions of the world, alongside works by Di Cavalcanti, Portinari and Brecheret.

Check out the works on display at the museum’s long-term exhibitions, making it possible to filter items by century and through the MCB or FCP collections (Crespi-Prado Foundation):